With the international success of ‘Signs’ season 1 (Znaki), there was a lot of anticipation for the Polish crime mystery series’ second season, which had already been released in Poland by AXN in April this year. In September, Netflix started streaming the entire season for the global audience. Created by Przemysław Hoffmann and Błażej Przygodzki, the show is set in a scenic and dozy town in the Owl Mountains.

Season 1 ended with a confrontation between present commissioner Michał Trela (Andrzej Konopka) and former police chief Jan Dzikowski (Zbigniew Stryj), who turns out to be the killer of Laura Bławatska, and the kidnapping of Trela’s daughter Nina (Magdalena Żak) by one of his subordinates, Krzysztof Sobczyk (Piotr Trojan). Dzikowski shoots himself, and it is revealed that Sobczyk had committed the recent two murders. Frankly, the last episode of season 1 concluded with several unfinished storylines. Season 2 finishes some of them before starting a few of its own. SPOILERS AHEAD. 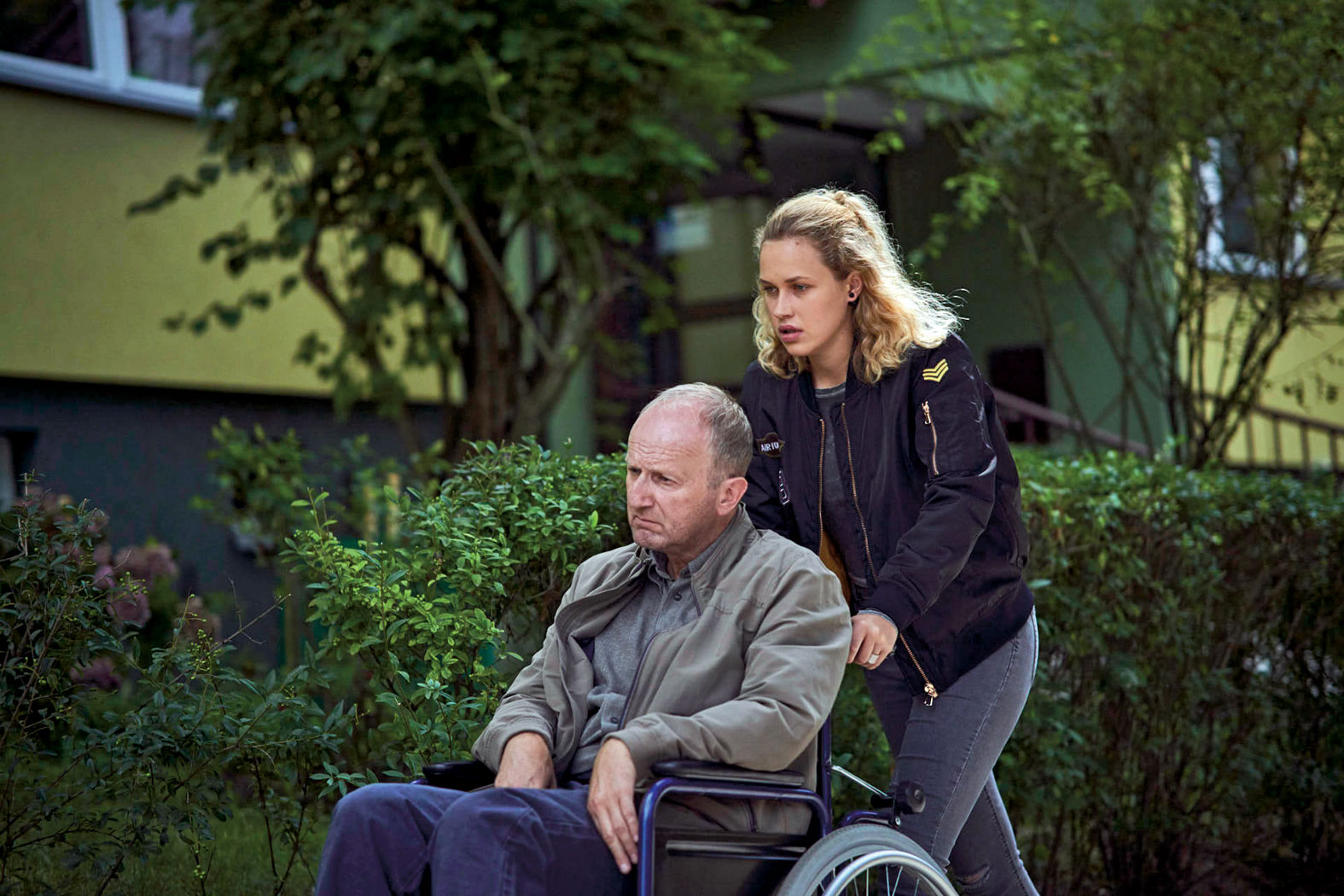 In the second season, the story still revolves around the inhabitants of the town of Sowie Doly. An unspecified time has passed. Nina is still missing, and Trela had a relapse. Nina is eventually found walking alone on the road by Ada (Helena Sujecka). Trela discovers that it is Sobczyk who had kidnapped her. He subsequently kills him and attempts to get rid of the evidence. Elsewhere, Błażej (Michał Czernecki), who and Ada are divorced now, runs for the Mayoral office against Antoni Paszke (Mirosław Kropielnicki), whose ordeal in the past season has confined him to a wheelchair. Blazej is helped by two mysterious outsiders, Twerski (Rafal Mohr) and Kaja (Barbara Wypych). Not long after Nina’s return, Kasia, the daughter of Ada’s late friend Patrycja, goes missing, and the entire town is thrown back into dread and paranoia.

Season 2 introduces a collection of new characters and shifts back and forth between their story set a few years ago and that of Sowie Doly in the present time. Eliza Konieczna (Ewa Jakubowicz), who appears to be the central figure in the former, has a shared history with the town’s new bishop, Roman Śmigielski (Rafał Cieszyński).

When Trela kills Sobczyk in a fit of rage, he is seen by Dorota (Paulina Gałązka). This is why she reacts violently around him. Jonasz (Andrzej Mastalerz) learns about it as well and collects the murder weapon, a car wrench. His and Trela’s enmity has continued from season one. Even in season 2, Trela takes particular pleasure in antagonizing him. After Ada gets the wrench from Robert Paszke (Dobromir Dymecki), who is not particularly fond of Trela either, she secretly runs some tests and confirms that it is the commissioner who murdered Sobczyk. However, she is shocked when the officer who has come to her house tells her that he is there for Nina and not Trela.

It is heavily insinuated in the season 1 finale that Dorota helps Sobczyk in torturing Nina. Although she has a mind of a six-year-old girl, she has shown time and again that she can be incredibly violent and takes certain pleasure from it. After her return, Nina starts working at the mental health facility where Dorota is institutionalized. With the chief psychiatrist’s permission, she starts spending time with Dorota. The last scene featuring Dorota shows her lying in a pull of blood with her throat slit before it cuts away to Nina pleading to her father that they should leave Sowie Doly. The implication here is that Nina killed her because of the torture.

Ever the shrewd politician, Antoni Paszke never really needed the wheelchair. He was just hoping that his “injury” will earn him sympathy from the voters. He did not consider that they can be disgusted with how corrupted his administration was. After he realizes that he can very well lose to Blazej and his mysterious backers, he teams up with Jonasz to give the people the only thing that can sway their opinions about him, a roadside miracle. On the day of the election, Jonasz and Paszke go to the city center, where, in front of an anticipating crowd, he gets up from his wheelchair. He goes on to win the election by a significant margin.

About halfway into season 2, ‘Signs’ blindsides its audience with the sudden introduction of certain science fiction elements. The plot revolving around the Wunderwaffe of season 1 takes a new turn in season 2 and becomes focused on The Vril, a speculated Nazi UFO spacecraft. Eliza and her husband Adam (Krzysztof Zawadzki) learn about the secretive Vril Society and obsessively begin searching for the space drive. They come to Sowie Doly looking for it, and accidently run over Kasia, killing her. In the season finale, their bodies are discovered in the mountains, and the coroner declares that they have been dead for at least two weeks. A shocked Trela tries to make a sense of this, as he had interviewed both of them earlier that day. It is possible that they had found the drive and used it. Indeed, during the interview with the police, when Adam and Eliza are informed that they have been missing for two weeks, they vehemently refute it by saying it has only been a day.

Feliks (Slawomir Grzymek) is perhaps the most enigmatic and interesting character introduced in the season. He resides in the outskirts of the town. For generations, his family has been the guardian of the Vril. He manipulates Twerski into thinking that he is going to share the secrets of the Vril with him. Ultimately, however, he kills him and leaves his body in the cave with those that came before him seeking the same thing. Unbeknownst to him or anyone else, Twerski kept Błażej imprisoned in a bunker and everyone that knew he is there is dead.