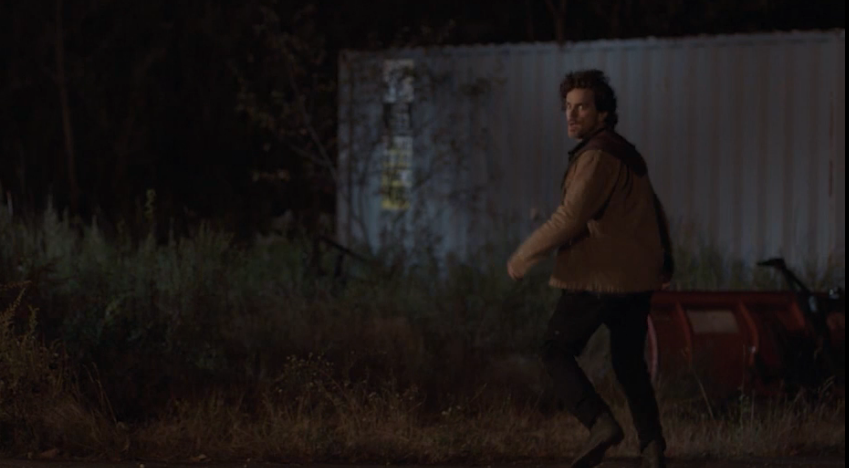 The third season of ‘The Sinner‘ has really come into its own after a thrilling second episode. The central character, Jamie (played by Matt Bomer) has become an intriguingly fleshed out character with a giant, buried treasure trove of mysterious past events.

‘The Sinner’ is a whydunnit that presents a different, self-sustained narrative each season. Every tale is basically a murder mystery. However, who committed the murder is made known to the viewers. The show then proceeds to slowly unravel the reason behind the murder. The person that committed the crime takes the center stage as his/her past is meticulously revealed.

The third season follows Jamie, a Dorchester resident who lets his “friend,” Nick die due to a car crash by not calling 911 on time, on purpose. The second episode reveals tidbits of information regarding the immediate past: highlighting what Jamie and Nick had been doing a few days before the crash, shedding light on their f***ed-up relationship. It ends with Jamie almost choking a dying man at a hospital to death after hallucinating Nick’s presence.

The third episode begins with Jamie thinking about the choking incident. Then, he apologizes to Leela for being difficult to deal with. However, he starts to question why Leela and he are bringing another being into this world of suffering and limited knowledge. Leela thinks that Jamie is speaking from a privileged point-of-view.

Ambrose heads to the city to meet a man who used to be roommates with Jamie. Jamie had attacked him leading to a disciplinary hearing. The man is a dermatologist. He tells Ambrose that Jamie and he had been close till he (Jamie) got close to Nick. Then, one day, he found Jamie sitting on the floor, covered in dirt. When he (the dermatologist) tapped Jamie on his shoulder, Jamie hit his head with a lava lamp. The dermatologist offers to send Ambrose a picture of Jamie sitting on the floor, along with testifying against him if needed.

Jamie meets his bright student, Emma off-campus at a restaurant. He attempts to convince Emma to stop chasing success and not do what she thinks she has to do. Then, on the street, Jamie almost jumps in front of an oncoming bus.

Ambrose receives the picture from the dermatologist. He finds the word “Ubermensch” engraved on the wall. He realizes the word to be a philosophical concept by Friedrich Nietzsche. Upon further inquiry into the subject, he finds out that the word roughly translates to superman/overman (explained later). The concept chronicles how one can forge new values in life. It is like a challenge, which apparently makes one live on a higher plane of existence, free from fear.

Leela delivers Jamie and her child. While holding his newborn, Jamie hallucinates Nick. Nick is holding the baby. Then, he crushes the baby in his hand. Fortunately, Jamie is just hallucinating. 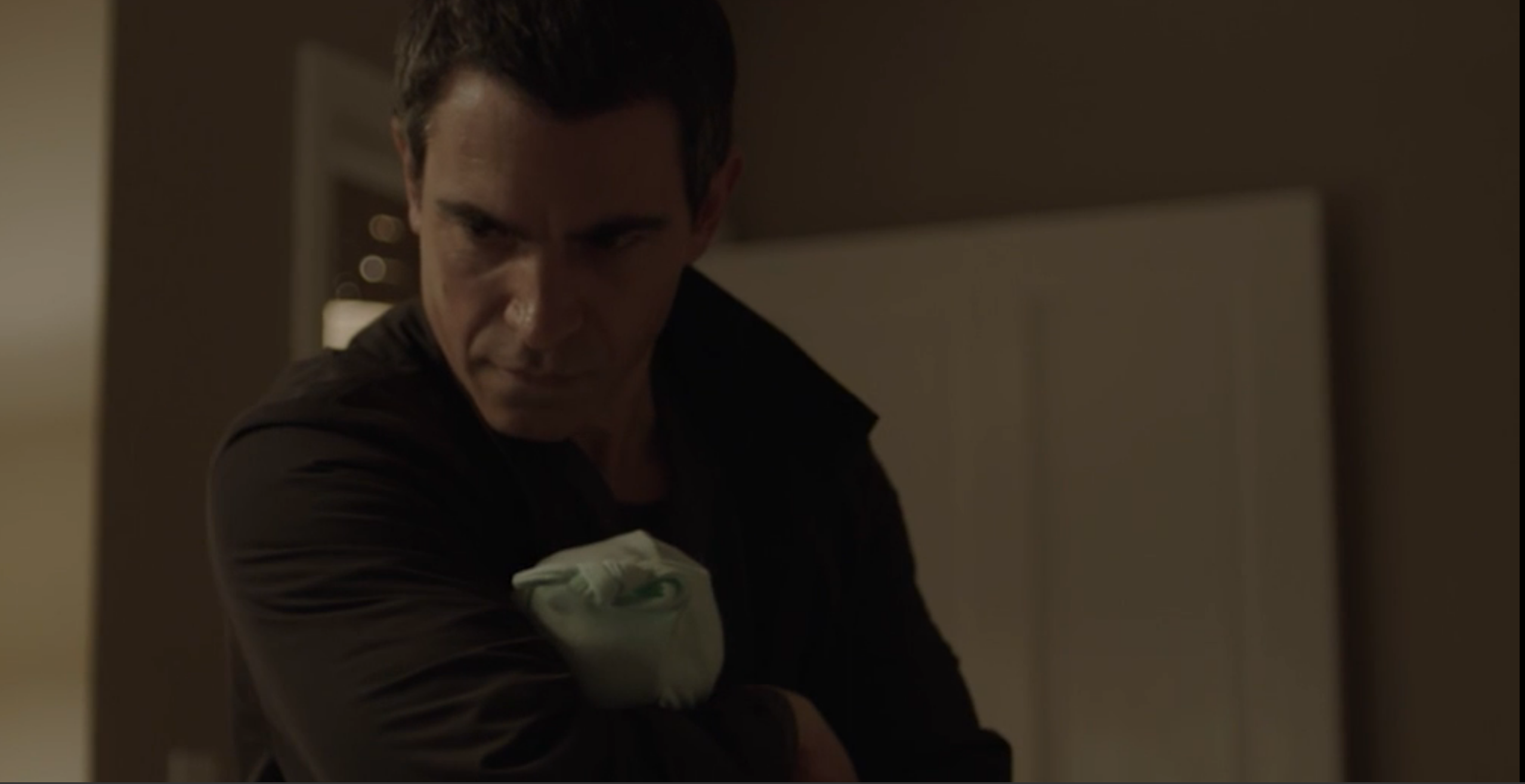 Then, Jamie goes to meet Ambrose at the police station, disturbed by the hallucination. He needs help, and Ambrose takes him to a hospital to meet a shrink. Jamie tells the shrink that he feels trapped by the fact that everyone is alive and will soon die. When the shrink asks Jamie if he has been hallucinating, he replies negatively, clearly lying.

Then, Jamie says “pain is the gateway.” Followed by that, he asks the shrink what stops one from doing the wrong thing. What stops one from dropping a baby to the floor, he asks. After that, he runs away from the hospital and disappears into the bushes. Ambrose tries to chase him but fails. Ambrose informs the police station about Jamie fleeing and how he might be a threat due to his disturbed state.

The ending of the third episode of the third season of ‘The Sinner’ sees Jamie finally reaching his breaking point. The explanation, it turns out, is quite philosophical.

Some explanation regarding what bothers Jamie is hinted at with the Ubermensch theory that was floated in the episode. Hence, we would be delving into Nietzsche’s philosophical theory superficially to provide some form of explanation for Jamie’s behavior. According to Nietzsche, the Ubermensch or “overman” is someone who can establish his/her own values. Moreover, an overman can find joy in the repetitive sufferings of life and the inevitability of death.

Plus, the overman is also someone, according to Nietzsche, who will keep influencing the world through his ideas and via other people’s minds. Could this mean that Nick is some form of overman or Ubermensch for Jamie? Even after his death, Nick keeps influencing Jamie’s life by his presence in Jamie’s mind (the hallucinations).

Furthermore, according to Nietzsche, the overman employs an attitude of overcoming life’s sorrows and melancholy. He/she may do so in seemingly irrational manners. Hence, the irrational things that Jamie and Nick end up doing (like driving rashly or standing on the ledge of a terrace) can be explained in this manner.

In all probability, Nick seems to be a staunch believer of the Ubermensch theory. However, he has definitely interpreted it in a rather dangerous manner. Nick, in all probability, persuaded Jamie to hold a similar worldview. Nick is the overman who still exists in Jamie’s head, urging him to become an overman himself by transcending the meaningless melancholy of routine life and pursuing a higher plane of existence by forcefully being on terms with the cycle of life and death.

Questioning life’s meaninglessness and sorrow is a step towards becoming an overman. This is the “trap” that Jamie tells the shrink about. And this is the reason that Jamie questions why Leela and he are bringing another being into the world. Moreover, this is also the reason that Jamie urges Emma to think differently. It is because he thinks she is extremely smart and probably has the potential to see through the world’s disturbing repetitiveness. She has the potential to think like an overman, according to Jamie.

However, Jamie’s mind gets “fried” by engaging in such troubling notions and eventually he reaches his breaking point towards the end of the episode. Ambrose’s fear is legitimate. Jamie might just do something terribly irrational in his quest to become an Ubermensch.