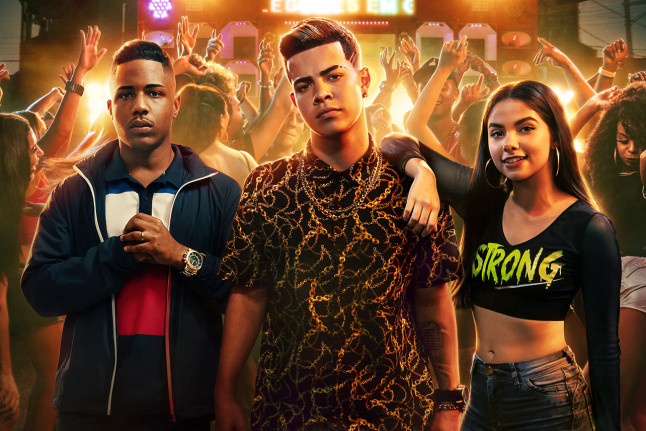 ‘Sintonia’, the Brazilian crime drama web television series, is a Netflix Original that revolves around a trio of protagonists who narrate the story from three different POVs. It primarily is centered around how music, drug trafficking, and religion are related to one another. Created and directed by KondZilla (known for his record label and music video channel KondZilla), ‘Sintonia’ is set in Sao Paulo. If you did not know already, KondZilla is the mastermind behind transforming Brazilian pop music and bringing funk to the limelight.

Sintonia Cast: Who is in it?

MC JottaPê stars as Doni, the lead protagonist. JottaPê, the young Brazilian pop star and actor, is best known for enacting the character of Janjão on ‘Chiquititas’. A music and social media sensation, he has also created a Brazilian funk version of ‘Old Town Road’. Joining him is Christian Malheiros as Nando. Malheiros, a stage actor since the age of 9, made his theatrical debut by playing the critically acclaimed, titular role of ‘Socrates’. His performance earned him a nomination for Best Male Lead at the Independent Spirit Awards along with Ethan Hawke, John Cho, Daveed Diggs, and Joaquin Phoenix. Bruna Mascarenhas is Rita. The role marks her acting debut in her TV and film career.

All main cast members are expected to return if and when season 2 happens.

Sintonia Plot: What is it about?

Each one of us has heard about the favelas of Brazil, those shantytowns gracing the outskirts of big cities like Sao Paulo and Rio Di Janeiro. They currently are branded as major tourist attractions since so many travel and food shows have been filmed in these locations. Boasting of vibrant culture, the locales hold a history older than 100 years. However, we have never really witnessed the life of the residents in such neighborhoods — especially the young adults who try to think of a future amidst daily challenges. Funk ostentação is a music genre that attempts to highlight their conditions and ‘Sintonia’ primarily tries to showcase the same through the eyes of its three lead characters.

‘Sintonia’ is a Brazilian coming-of-age drama that explores the interlinkage between music, drug trafficking, and religion. Set against the backdrop of Sao Paulo, it is the story of Nando, Doni, and Rita, childhood friends, who were born and bred in the peripherals of the city. Doni is a spoiled child of rich parents who had the luxury to study in a private school. But of course, that did not spare him from traveling for 2 hours on a bus just to reach the institute. Moreover, his family is not quite supportive of his ambition to become a funk singer. On the other hand, Rita, a motherless orphan, holds a dark past.

Now, all grown up, they are pursuing their dreams. However, nothing is simple and easy in their chaotic favela. The trio draws their own influences from their growing-up years — which includes funk, drug trafficking, and the evangelical church. Although they hold different beliefs, each of them knows that they need to lean on and support each other in order to emerge victorious in their journey.

‘Sintonia’ portrays a society that is quite relatable to its audience. If you have ever visited a favela, you would recognize at least one of these characters — whether it is a grocery store owner, religious leader, troublemaker, the famous guy, or the one who is involved with drugs. Kondzilla, through his creative narration, shows the multiple facets of the slum itself, by telling the tale through his three storytellers. We witness multiple critical social issues showcased across the episodes such as police violence, racism, sexuality, and prejudice.

Funk rules most of the storytelling in the series. But you do not have to be a musical genius in order to enjoy it. The theme of funk ostentação is primarily used to mirror the lives of Nando, Rita, and Doni — and their desires, that include big cars, luxe houses, and a dream to leave the favela for a better life. All of them are trying to do the same thing but in their own different ways.

If season 2 is commissioned, it is expected to continue the story of Nando, Rita, and Doni and how they pursue their dreams.

Sintonia Season 2 Release Date: When will it premiere?

‘Sintonia’ season 1 premiered on Netflix on Friday, August 9, 2019. Its entire run for the first season comprises of 6 episodes. It is the next Brazilian original to join the platform, following ‘3%‘, ‘O Mecanismo’, ‘Super Drags‘, ‘Coisa Mais Linda’, and ‘The Chosen One’. Lending fascinating insights into the crowded streets of São Paulo’s favelas, it tries to showcase how the residents are creative and hopeful, amidst their daily struggles.

If you have watched the series, you would know that the story has a lot more to explore. There’s a good chance that Netflix will renew the series. And if everything goes well, you can expect ‘Sintonia’ season 2 to release sometime in the summer of 2020.

While we wait for an update on season 2, check out the season 1 trailer below. If you haven’t seen the show yet head over to Netflix to catch all the previous episodes.