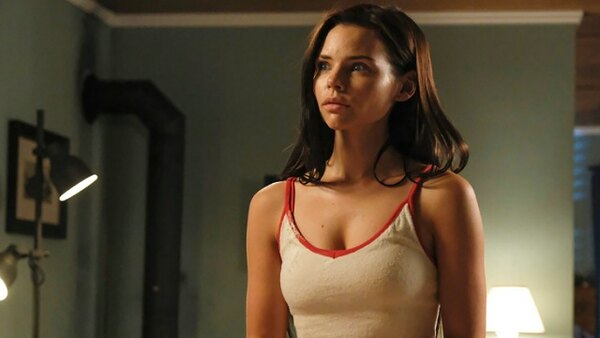 ‘Siren‘ includes all the beautiful elements of fantasy, drama, and action to make for an enjoyable viewing experience. Bristol Cove serves as the setting where the entire story unfurls. The small fishing town is legendary for having been home to mermaids in the past.

A strange woman shows up one day, trying to find her sister, who’s been captured by the army. While she brings chaos into town, two marine biologists attempt to figure out what could have drawn the mermaids, who are dangerous deep-sea killers, from the waters to their shores.

Currently, the show is on Season 3 and continues to be well-loved. Previously, we’ve seen Ryn discovering the existence of her secret unborn child. Xander tries to establish his career, and Ben attempts to help his mother. Helen tries to contact Sarge with Eliza’s help. Curious to find out what goes on in the latest episode? We have the rundown, as well as information about when and where to watch it.

Siren Season 3 Episode 5 Release Date: When Will It Premiere?

The upcoming episode is titled “Mommy and Me.” We see Ryn returning to land, to explore human parenthood. Robb and Maddie make a gruesome discovery, while Ben faces some strange side effects. Helen and Ted have a confrontation. It appears that a fight beneath the water results in Ryn’s baby being put in danger. Check out the promo below.

The episode sees Ryn’s priorities shifting, as her baby girl is born. Until now, she was fixated on taking down Tia. Ryn operated out of a sense of love for the humans, and responsibilities towards mermaids. However, motherhood changes things for Ryn. Meanwhile, Tia poses a threat to both humans and mermaids.

We see her killing off members from different tribes to get the other to join her in a war against humankind. Meanwhile, Sarge helps Helen reach out to Dona in the spirit world. However, Dona disappears before Helen can make out what is being said. She might have been warning Helen about the perils of having a purebred newborn exposed to the ruthless human society.

On the other hand, Dona might just have been talking about what happened in her life. One thing is for sure. With Tia preparing for war, Bristol Cove is for plenty of bloodshed in the coming episodes.