Siren Season 3 Episode 9: When and Where to Watch? 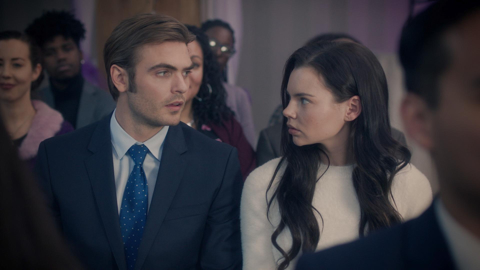 Bristol Cove is on the brink of witnessing a war as the mermaids and humans are prepared to fight in a battle for survival. Historically, the fictional town has been home to mermaids, but things have been taking a turn for the worse on ‘Siren‘ ever since Tia showed up with her ruthless ambitions. Now, she’s amassed a mermaid army that could pose a severe risk to the survival of humanity itself.

Ryn has been on the back foot for much of Season 3, especially after the birth of her child. However, the last episode sees some necessary alliances being formed with an isolationist clan of mermaids in Alaska. Curious to find out what happens in the latest episode? We have the rundown and spoilers for the upcoming installment. We will also tell you when and where to watch it.

Siren Season 3 Episode 9 Release Date: When Will It Premiere?

The upcoming episode sees Tia unleash a deadly attack on Bristol Cove using the siren song to knock people out, and causing panic. Ryn, Ben, and Maddie have to race against time, trying to anticipate Tia’s move while also finding a cure to Xander’s mysterious illness. Baby Hope returns to land to reunite with Ryn, the mother.

Perhaps the child will be the saving grace, but what happens if Hope gets caught in the feud between Ryn and Tia? Will Bristol Cove remain the same after the attack, and will Xander make it? With only two episodes remaining, things are picking up pace. Check out the promo below.

The episode is titled “Til Death Do Us Part. Tia is preparing to launch her attack, and Ben, Ryn, and Maddie try to protect Bristol Cove. Ben takes the fight to the mermaids when he gets in the water. However, the experiments have an alarming consequence concerning Ben and his friends.

Xander has a solid plan that they should involve the army. After all, the enemy of their enemy can be a friend. Tia’s mermaid army is not to be taken lightly, and having the might of the military could help the humans’ fighting chance. Ben isn’t eager, but Ryn convinces him otherwise. Finally, Xander discovers something strange in Chris’ room, but he’s also juggles being Calvin’s best man during the wedding, and helping Helen.