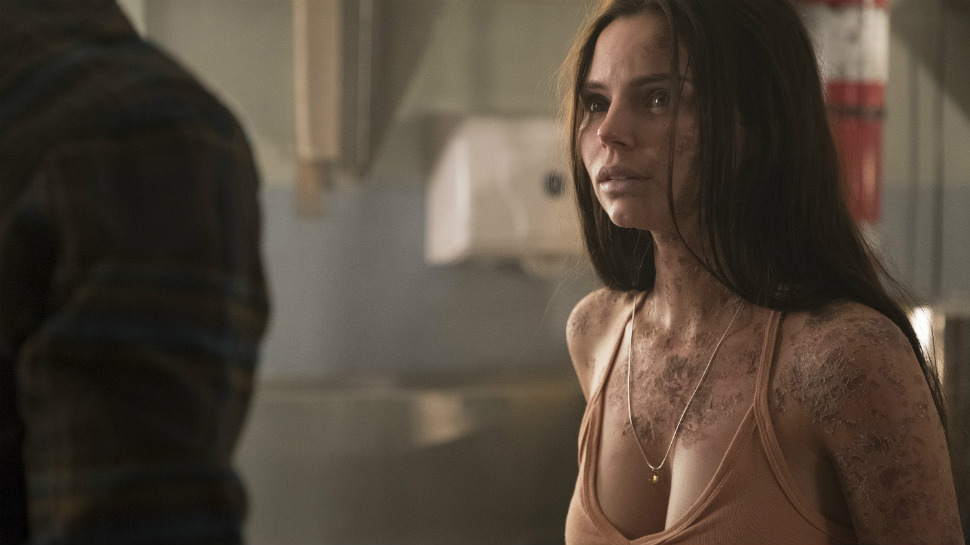 ‘Siren’ is an American drama television series that airs on Freeform. The show first premiered on March 29, 2018.  It was earlier known as ‘The Deep’ and includes elements of thriller, horror, and mystery, making it a riveting experience. Dean White and Eric Wald are the creators of the show, while  Disney–ABC Domestic Television is the distributor. Stockton Drive Inc. and Freeform Original Productions are the companies backing the project, while Peter Lhokta serves as the producer.

The show revolves around a town obsessed with mermaids. Everything goes for a toss when a mysterious woman comes looking for her sister, and as the plot unfurls so does the myth about the mermaids and all the shock and awe that accompanies this revelation. Needless to say that the series has quickly found a strong fan following and has received praise for taking the elements out of a traditional narrative and flipping them on their tails, for maintaining a good pace with the plot progression, and for the portrayal of the potentially menacing and violent mythical creatures in a manner which is surprisingly humanizing and empathetic.

Siren Cast: Who is in it?

The main cast of ‘Sirens’ has Eline Powell as Ryn Fisher, a teenage mermaid who is forced to come ashore and seek help when her sister gets captured. Alex Roe appears as the Marine biologist Ben Pownall who assists Ryn, Fola Evans-Akingbola plays Madeline Bishop and Rena Owen appears as Helen Hawkings among others. Eline Powell has starred in the ‘Quartet’, ‘Novitiate’ and ‘King Arthur: Legend of the Sword’. But her role as Bianca in ‘Game of Thrones‘ made her a household name.

The main cast is of course joined by a host of talented recurring and supporting characters, and we hope in the upcoming season the main cast returns as well and is joined by some new faces who will make things exciting in this already suspenseful tale about mythical creatures.

Read More in TV Preview: Those Who Can’t | Unforgotten | Unspeakable

Siren Plot: What is it about?

The story of ‘Sirens’ is based in the mysterious coastal town, Bristol Cove, which is believed to have once been a house to mermaids. Ryn creates havoc on the coastal town, and the intention behind her actions remains a mystery. Marine biologists Ben and Maddie work together to find out the identity of Ryn and her hidden plans. As the story unfolds, it is known that Ryn is a mermaid and is in search of her mermaid sister who gets caught by the fishermen and lands up in the military custody.

The marine biologists eventually find out the identity of Ryn and also her motive which brought her from deep sea to the land. Helen, an eccentric in the town, unleashes many unknown and dangerous creatures from the deep sea to the land which in turn results in a war-like situation between human beings and these marine predators. Ben Pownall is enchanted and hypnotized by the melancholic siren song and falls for her just like one of his forefathers who had fallen in love with a mermaid more than a century ago. The eccentric Helen also has a shady past being a one-eighth mermaid.

While all this makes for a very intriguing plot, what really keeps the show afloat is the murderous mermaid who has to interact with people, some who are offering help, and others who are looking to exploit her. The bottom line is the fact that the underwater and the world that remains relatively unexplored is still a source of massive fascination and ‘Siren’ capitalizes on that to the fullest. Aimed at a young adult audience, the show clearly chooses to go with heightened emotions and overdoes some parts of it, which one has to embrace and move on, in order to enjoy the overall experience that the series delivers.

However, where the series makes its mark is in the portrayal of Ryn and her sister. Over pop culture, mermaids have without a doubt shown to be sexy, as objects of fantasies, often sexual. Perhaps it was just ‘Pirates of the Caribbean’ which tried to overturn this concept somewhat but they too started off by showing the sexuality of a mermaid but only as a trap. ‘Siren’ does nothing of the sort. It is bloody, it is harrowing, and Ryn is an out-and-out predator. She is a killer and there is nothing remotely sexy going on about her. The brilliance lies in the surprise this delivers to the audience. Since they cannot easily overcome the male gaze and the constant sexualization of Ryn, her actions seem darker, gorier and come as a surprise.

The series succeeds in portraying her as an apex predator, almost like a cross between a shark and werewolf, and Ryn would just as easily kill men as she could seduce them. However, the suspense revolves around the fact that the people are sometimes out to get her as well, and when she is caught in the one on one situations, one never knows when she might become just another dead woman in the hands of a man who has taken advantage of her.

That being said, the plot progresses firmly, and Ryn has proven herself more than capable of dealing with humans. Hopefully, in the upcoming season, the show will delve more into the myths of the mermaids and give us deeper backstories, while elaborating on how Ryn plans on navigating her life as a mythical sea creature while living out among humans.

Siren Season 3 Release Date: When will it premiere?

‘Siren’ Season 2 premiered on January 24, 2019. As far as the next season goes, we have good news for the fans. On May 14, 2019, Freeform renewed the show for another season. Considering the show has an interesting premise, and a target audience ready to get hooked, it was always expected that the network will renew the show. Even though no release date was announced, our best guess is that ‘Siren’ Season 3 can release sometime in January, 2020. We will update this section as soon as we hear more.

While we wait for an update on release date of ‘Siren’ season 3, check out the season 2 trailer to refresh your memories. If you haven’t seen the show yet head over to Freeform to catch all the episodes of the previous seasons.