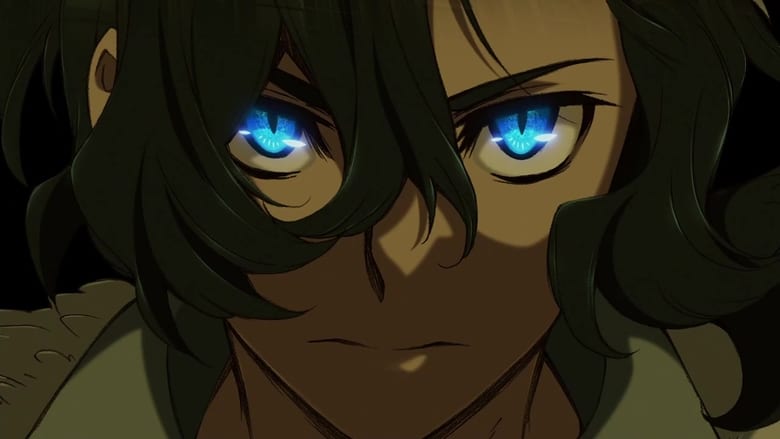 Sirius the Jaeger (also known as Shiriusu Shiriusu za Yēgā in Japanese) is an action anime television series produced by famed anime studio P.A.Works. Written by Keigo Koyanagi and directed by Masahiro Andō, Season 1 of Sirius the Jaeger first made its way to viewers’ screens on July 12, 2018. It was well received in Japan and other parts of the world and since the conclusion of Season 1, fans have been eagerly waiting to hear news on a second season. Here’s everything we know about the prospects of Season 2 thus far.

Sirius the Jaeger Season 2 Release Date: When will it premiere?

Sirius the Jaeger season 1, consisting of 12 episodes, premiered on July 12, 2018 and ran till September 27 of the same year. However, in spite of the show’s popularity, a second season has not been announced yet.

That being said, there’s no reason to get worried just yet if you’re looking forward to a second season of the show. There’s still plenty of time left for P.A.Works to announce a second season. Further, there are other factors which are in favour of a second season being made.

Firstly, the series is licensed by Netflix for international streaming outside Japan, and one can assume that Season 1 was viewed by hundreds of thousands of people, much more than what viewership figures would have been if the show had been restricted to just a Japanese audience. Hence, it can be assumed that the cost of producing a second season has been covered.

Secondly, Season 1 ended on a note which left fans clamouring for a second season, and given the plot of the show, it’s pretty likely that a follow-up season will follow. Considering these facts, we think there’s a good chance of the show being renewed for a second season. However, the anime industry is an unpredictable one and it’s impossible to say anything for certain till P.A.Works, which is in charge of making a second season, makes an official announcement on the future of the show. We’re keeping our ears open for news on Jaeger season 2 release date and we’ll update this section as soon as we hear something reliable.

Vampire anime shows are generally popular in the West, and it did not come as a surprise when an English dub of the show was released shortly after the release of the original Japanese version. The English dub has been particularly praised by international audiences outside of Japan, and it’s almost at par with the original Japanese version of the show in the quality. If you want to watch the show in English, you can find dubbed episodes on Netflix.

Read more in anime preview:  How Not to Summon a Demon Lord

Sirius the Jaeger is set in 1930s Japan, and much of the action in the show takes place in the capital city, Tokyo. In this fictional timeline, vampires infiltrate Tokyo and start feasting on the city’s unsuspecting human populace.

As the death toll continues to rise in Tokyo, the Japanese authorities decide to employ vampire hunters known as Jaegers. A diverse and bizarre group of individuals employed by the V Shipping Company, the Jaegers then arrive in Japan. Carrying musical instruments to disguise their true identity, the Jaegers then start hunting down the vampires in the city with an unparalleled ruthlessness.

In this backdrop, the show focuses on Yuliy, the most skilled warrior among the Jaegers. The sole survivor of a vampire attack on his village, Yuliy is shown to harbour a particular hatred for vampires and channels the same rage into hunting down and killing vampires. Aided by his superior strength owing to his werewolf blood, Yuliy, along with his Jaeger comrades, unleashes all his wrath on the vampires in Tokyo. However, unbeknownst to the cops in the city, the Jaegers are fighting the vampires over a mystical artifact known as the Ark of Sirius, which has the power to destroy the world. With the fate of the world hanging in the balance, Yuliy and his fellow Jaegers must do everything in their power to locate the artifact before the vampires get their hands on it.

While Sirius the Jaeger has a long list of characters, only a handful of characters are absolutely central to the plot of the show. Below, we’ve provided you with brief backgrounds on each of the main characters in the show.

Yuliy: The main protagonist of the show, Yuliy is the sole surviving member of the Sirius clan which got slaughtered by vampires in a surprise attack. Born to a werewolf father and a human mother, Yuliy is a half-werewolf who possesses tremendous strength thanks to his hybrid blood. Owing to his tragic past, Yuliy harbours a strong hatred towards vampires and sets out on a quest for revenge, which lands him among the Jaegers. Yuliy carries a three-section staff with blades at each end into battle and is a ruthless warrior. As far as his personality is concerned, Yuliy is normally a calm and level-headed person, but he becomes extremely savage when fighting against vampires.

Willard: An important character in the show, the monocle wearing Willard is the leader of the Jaegers. A former archeologist, Willard’s expeditions resulted in him unearthing an ancient book. Upon deciphering the text, Willard, in his search for an ancient holy relic, was led to the town of Dogville, Yuliy’s hometown, where he witnessed firsthand the devastation caused by vampires.

Dorothea: Another Jaeger, Dorothea is Willard’s right-hand (wo)man and is a firearms expert.

Fallon: Another one of the Jaegers, Fallon is a 26-year-old hulking enforcer from Ireland who fits the ‘gentle giant’ archetype in the show.

Yevgraf: The main antagonist of the show, Yevgraf is a Royal Vampire who heads the Vampire Clan in the show. However, unbeknownst to many, Yevgraf seeks the Ark of Sirius for his own sinister agenda.