Sister Wives Season 15: Everything You Need To Know 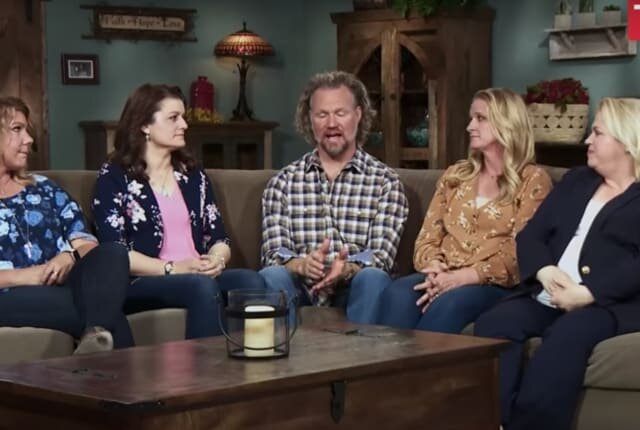 The concept of ‘Sister Wives’ is evident from its name — it’s about polygamy. The show revolves around the lives of Kody Brown, his four wives, and their 18 children. Ridiculous as it may seem, ‘Sister Wives’ was appreciated by critics for its ‘frank’ approach and the portrayal of a clan dominated by ‘matriarchy’. Of course, it received its share of backlash as well, with several viewers pointing out that TLC was promoting people who are non-believers of the sanctity of marriage.

However, in spite of the mixed reaction, the series has managed to make repeated comebacks and has spawned 14 seasons to date. So fans are curious if and when will Sister Wives Season 15 release.

Sister Wives Season 15 Release Date: When Will It Premiere?

Viewers are already speculating a new season on social media platforms. The sisters have a massive fan-following and hence, many want to see more of them on the small screen. On the other hand, several viewers have also expressed their wrath at the increasing dysfunctionality shown in the series every passing year. They are of the opinion that ‘Sister Wives’ should just stop airing.

But this is a common trend for the reality drama. Even last year, it was the same scenario and TLC brought back the series anyway. So, as long as the ratings are good and viewerships are constant, the channel will recommission it for a 15th outing.

‘Sister Wives’, since its 12th season, has been airing in January every year. But this time around, due to the ongoing Corona pandemic, its filming might get delayed. So, if renewed, we can expect ‘Sister Wives’ season 15 to release sometime later in 2021.

Sister Wives Season 15 Cast: Who Can Be In It?

‘Sister Wives’ is centered around the polygamist Brown family, which comprises the patriarch Kody Winn Brown and his four wives, Meri Caroline Brown, Janelle Brown, Christine Ruth Brown, and Robyn Alice Brown. Together, the clan has 18 children. Across the seasons, we have seen the family expand with additions through marriage (children-in-law) and grandkids.

Season 15, if renewed, will continue to focus on the Browns and their entire family.

What Can Sister Wives Season 15 Be About?

In season 14, the fam moves to Flagstaff and stars adjusting in the neighborhood. However, Meri soon attracts trouble and the neighbors call in the cops, who drive her out of the community. The family faces further issues when their property in Vegas does not sell and they run into financial trouble. Moreover, tensions between the wives are on the rise and Kody, in order to unite the clan, suggests that they all live together in a big house.

The sisters have differing opinions about Kody’s idea and Robyn decides to shift to a new rental in less than 60 days. Meanwhile, Maddie’s water breaks, and we have another baby in the mix. Season 15, when renewed, has no dearth of material to continue the story. It can just pick up after season 14’s finale and continue to follow the lives of the various Brown members.

You can watch one of the sneak peeks from season 14 below: