Sisters of the Groom: Cast and Filming Locations 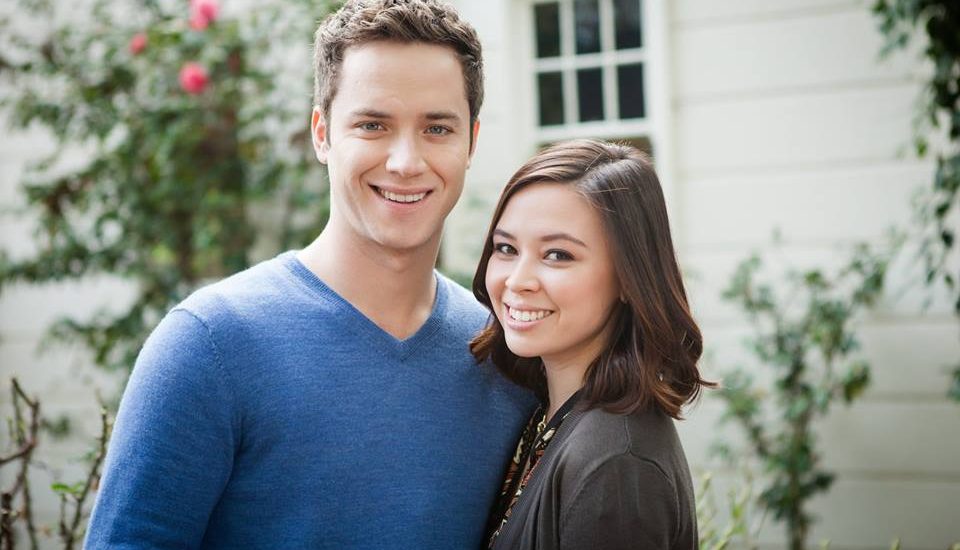 Sometimes, love chases you when you least expect it. At other times, it seems to avoid you when you most want to find it. The universe does work in mysterious ways, and romance is probably the most mysterious thing about it. However, it is this uncertainty that makes romance as special as it is. Moreover, it is such uncertainty that makes cheesy romcoms believably feel-good and optimistic because anything can happen at any time. Up TV’s ‘Sisters of the Groom’ makes use of the unpredictability of the arrival of love to tell a rather engrossing and candy-coated tales which is sure to bring a smile to anyone’s face.

The movie’s premise is rather creative, but something that could actually happen in real life. It follows a man named Jason who has very overbearing sisters. For their brother’s (not Jason’s) wedding, the sisters want Jason to get back together with an ex-girlfriend. Since Jason does not want to do that, he enlists the help of his friendly neighbor, Sarah. He requests her to pretend to be his girlfriend so that his sisters would get off his back.

However, the situation soon turns Sarah from the friendly neighbor to the next-door girl that Jason begins to fall in love with. Hence, the two soon find themselves not having to pretend. Apart from that, there are a lot of other things going on in the movie as well. For instance, Jason’s father finds himself torn between allowing Jason to follow his passion and persuading him to take care of his business. Everything combines to provide viewers with a rather wholesome experience: one which leaves them feeling giddy with joy and hopefulness.

Sisters of the Groom Filming Locations

Apart from the simplistic beauty of the story, ‘Sisters of the Groom’ also sports a rather homely feel when it comes to the way that it has been filmed. However, given its universal plot, the Up TV film could have really been set anywhere. Yet, it is natural for viewers to wonder where the television movie has been shot.

Unfortunately, information regarding the specific filming locations of ‘Sisters of the Groom’ has been scarce. However, we did some digging around and speculate that the film was shot almost entirely in California. We discovered this information by looking at some really old Instagram posts shared by those involved in the film. Have a look at this post shared by Matthew Atkinson:

In the studio doing some ADR for #SistersOfTheGroom. Can't wait for y'all to see this one!

The above post reveals how ADR was carried out in Glendale, California. One can assume that the filming would have also been carried out in California because of this. However, there is still a possibility that filming and ADR were carried out in two different places. But, an earlier post by Atkinson revealed that he also prepared for his role in Los Angeles, around the time of filming. Have a look:

"Character preparation" for playing a chef in #SistersOfTheGroom. Otherwise known as an excuse for a 3 course #DineLA menu at @fordsfillingstation thanks to @chefbenford. #amazing

Thus, it is highly reliable to assume, from the above two posts that filming was carried out in California. The possibility of both, ADR and an actor’s preparation (around the time of filming) being undertaken in places other than the filming location is quite unlikely. Have a look at some other behind-the-scenes photos below:

Very #Zen like view from my trailer this morning on the set of #SistersOfTheGroom.

Sisters of the Groom Cast: Who is in it?

The leading character of Jason in ‘Sisters of the Groom’ is portrayed by the American actor, Jeremy Sumpter. His most prominent role has been playing the titular character in 2003’s ‘Peter Pan.’ The character of Sarah, on the other hand, is played by Melise. Melise is best known for starring in productions such as ‘The Shannara Chronicles,’ and ‘The Vampire Diaries.’ Some of the other cast members of the Up TV movie include Savannah Jayde, Annie Tedesco, Matthew Atkinson, and Aynsley Bubbico.