‘Mangrove’ is the first entry in a series of five films by Oscar-winning director Steve McQueen (‘12 Years a Slave’), known together as ‘Small Axe’. The series is a study of the black experience in the UK through the perspective of the Windrush Generation, people who came from the Caribbean to the British shores between 1948 and 1970. It especially concentrates on the time period between the late 1960s and mid-1980s, depicting in vivid detail the contemporary music, cuisine, and socio-economic structure. ‘Mangrove’ revolves around the eponymous restaurant, located at 8 All Saints Road, Notting Hill, and its flamboyant owner, Frank Crichlow (Shaun Parkes). At the height of its prominence, this real-life restaurant became a cultural hub that drew artists, intellectuals, and activists. The police, on the other hand, believed that it was an epicenter of black radicalism and raided it multiple times. SPOILERS AHEAD. 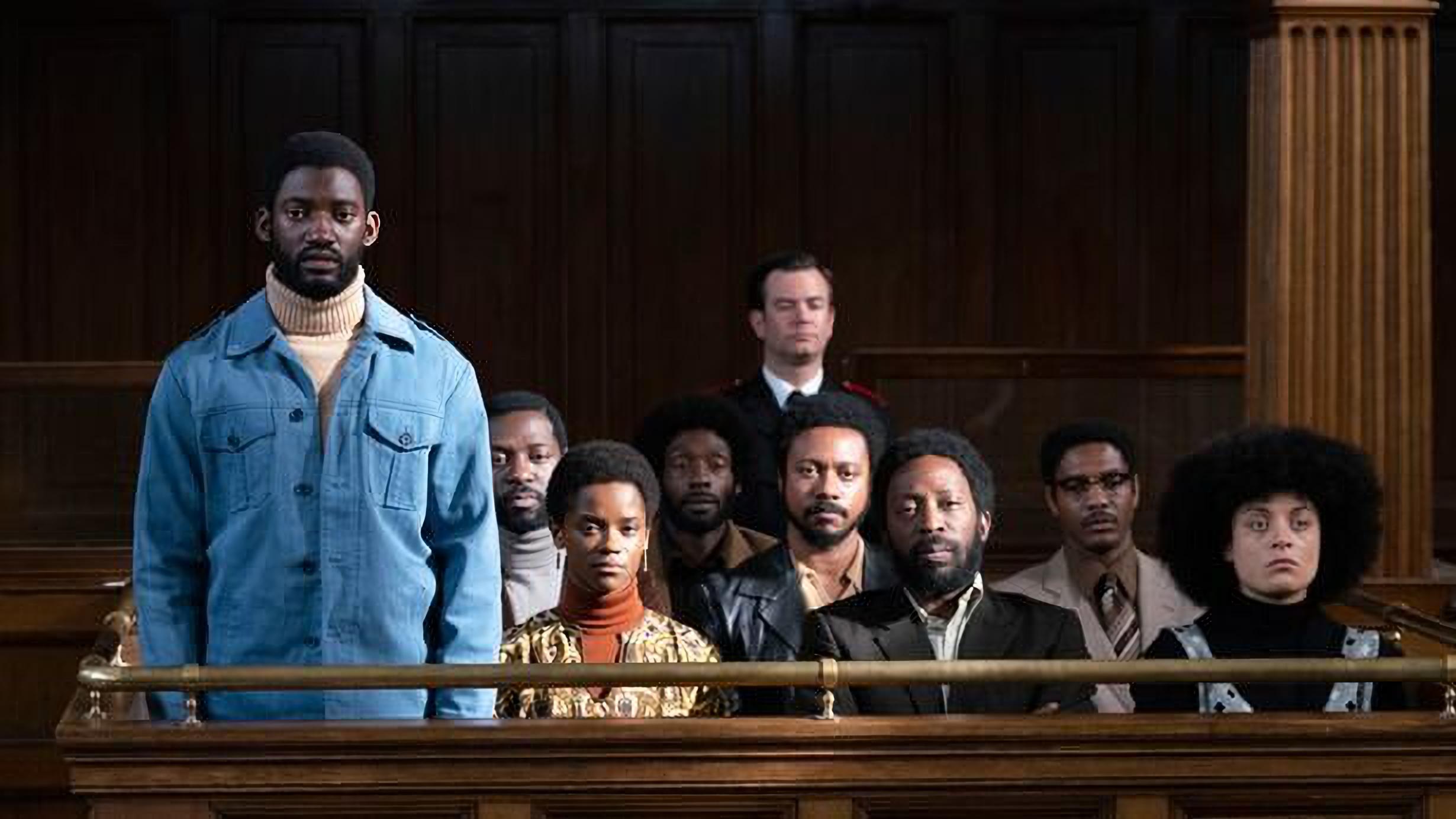 The film begins with the Mangrove already established in the neighborhood as an important business. Crichlow is a well-respected member of the community. Every day, the restaurant draws a considerable crowd comprised of musicians, artists, and thinkers. Among its regular patrons is Darcus Howe (Malachi Kirby), a Trinidad-born radical activist. Because of the crucial role the Mangrove plays in the community, the police consider it to be a nexus of radical activities. Its incredible success as a black business draws the ire of Police Constable Frank Pulley (Sam Spruell), who leads several raids into the establishment under the pretense of bogus drug searches.

In the subsequent trial, Howe and British Black Panther Movement leader Jones-LeCointe represent themselves. Crichlow is represented by an elderly barrister referred to as Mr. Croft (Richard Cordery), whereas the young and dynamic Ian Macdonald (Jack Lowden) serves as Barbara’s lawyer. During cross-examination, Howe masterfully entraps Pulley in his own lies, which also drastically weakens the prosecution’s case.

The title of the film is inspired by the Jamaican/West Indian proverb “If you are the big tree, we are the small axe”. This became famous after Bob Marley released the song ‘Small Axe’ in 1973. Considering that Marley used to be a patron of the Mangrove, this takes a whole different meaning. The trial of the Mangrove Nine takes place at the Old Bailey, a criminal court building located in central London that is generally used for trying some of the worst criminals of British society. Macdonald correctly notes that this is yet another tactic by the authorities to intimidate the defendants and their legal team. Macdonald tries to get an all-black jury, but his request is rejected by Judge Edward Clark (Alex Jennings).

Throughout the trial, Macdonald’s main strategy seems to be to agitate the judge, while forming a closed connection with the jury. This seems to work. Howe and Jones-LeCointe shine during cross-examinations. While he takes down Pulley, she points out the inconsistencies in a medical report of a police officer who claims that she bit him. Bit by bit they chip away at the prosecution’s case. In his closing statement, Howe asserts the identity of the Mangrove as the community restaurant and declares that the case has opened up issues that will go on to decide the shape and future of British society.

Howe’s passionate speech empowers the strong case that the defense has put up. The juries return; they clear Crichlow, Howe, and three others of all charges. All nine of them are acquitted of the main inciting charges. The sentences that the remaining four receive, at least according to Judge Clark, are reflective of the “spirit of the particular season of the year”, implying that they are mild.

In the film, the trial lasts 11 weeks and is a harrowing and disturbing experience for most people involved. Even the prosecution almost admits that Pulley’s actions were abhorrent. The film ends with Crichlow standing outside of his establishment. Inside, a party to celebrate the legal victory is in full swing. One of his friend and employee steps out and correctly tells him that they just won the battle, the war is still ongoing.

He is right, of course. Before the credits start to roll, the film gives some information on what happened to Crichlow and the Mangrove after the trial. He had to endure harassment from the police for the next 18 years. Ultimately, a high court judge exonerated him of all charges in 1989, and he was awarded £50,000 in damages. But the apology he sought throughout the three different unsuccessful trials against him was never rendered. Crichlow fought a largely hostile system all his life and was eventually forced to shut down the Mangrove for good in 1992.