Will There be a Smallfoot Sequel? 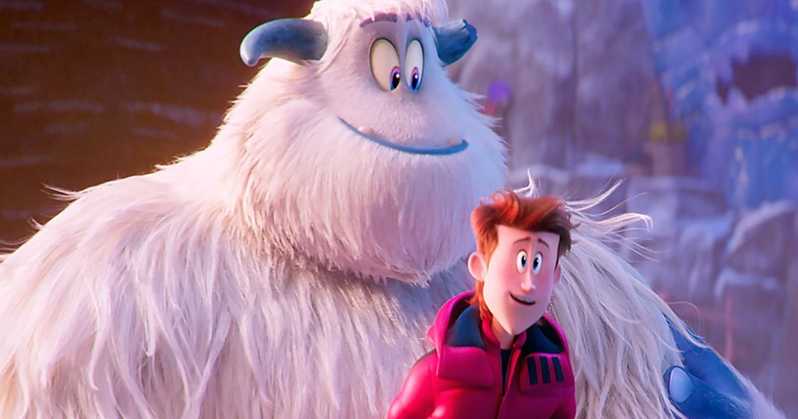 ‘Smallfoot’ is a 2018 American computer-animated musical comedy film that is based on the unpublished children’s book by Sergio Pablos, titled ‘Yeti Tracks’. Now, you have surely heard of Bigfoot, but what exactly is Smallfoot? Well, that is the name that Yetis have come up with for humans. In a world where the existence of Yetis is still a myth, that people have been trying to prove for years, we are given a fun film that works on the premise that these creatures are real.

That being said, there is hesitation on the part of both Yetis and humans, who consider each other to be mythical creatures. The story of the movie follows a Yeti who actually comes across a human, and the adventures they embark on together, for survival and possible coexistence of Yetis and humans.

Upon release, ‘Smallfoot’ was greeted with a positive response from the critics. While this always bodes well for any movie, the film also managed to become a commercial success, bringing in $214.1 million against the $80 million budget of the movie. Naturally, this would mean a possible sequel, since studios are always looking to make more money off the success of such movies. That being said, even the people involved in making the film have expressed their eagerness and some ideas about what the sequel can portray. Thus, we bring you everything we know about ‘Smallfoot 2’.

Smallfoot 2 Plot: What Can It Be About?

‘Smallfoot’ tells the story of how the Yetis finally come across the humans, only to learn the disturbing truth that the two species used to coexist in harmony before the humans drove the Yetis into hiding, forcing them to resort to various techniques to stay hidden and safe. That being said, the one interaction was enough to undo the years of isolation and the Yetis agreed that although it was too soon to completely mingle with the humans, there was a good chance that the two species could increase their interaction, working towards a harmonious resolution.

With this in mind, what could ‘Smallfoot 2’ possibly explore? First off, the people behind the movie have said that they have several ideas rattling about in their heads about the story of the sequel. They want to base it on the same premise of Yeti-human interaction that the first film was based on. Furthermore, they have added that a sequel could come out of any number of ideas that they entertained and rejected before the first movie. Naturally, some of these ideas might have been unsuitable for an opening film, but might do well for a follow-up. Those involved went on to elucidate this point, saying that the sequel could very well have a team of Yetis going down from their homes to play basketball with the humans.

Sports is a wonderful way to bring people together and the thrill of the game can be a driving force behind the plot if that actually happens. Alternately, we could see Migo, our beloved Yeti from the first movie, take on the responsibilities of the Stonekeeper, that is, the leader. Migo has always shown initiative and courage, and the plot could show him trying to lead the Yetis and fumbling, only to come through at the end of the day.

There is also a good chance that we might get a prequel to the events of the first film. ‘Smallfoot’ has already made us aware of the fact that humans and Yetis used to coexist before being driven into hiding by the humans. We could get a movie showing why and how the humans suddenly decide to turn against the Yetis and how the Yetis cope with it. Naturally, such a movie would have a much more somber tone as compared to ‘Smallfoot’.

As you can understand, the possibilities are limitless. As the filmmakers have said, there are several ideas and the movie can head in different directions. It remains to be seen which idea strikes them the most since that will be the plot of ‘Smallfoot 2’.

Smallfoot 2 Cast: Who Can Be In It?

The cast of ‘Smallfoot’ includes Channing Tatum as Migo, the protagonist, Zendaya as Meechee, Migo’s love interest, Common as Stonekeeper, the leader of the Yetis, and James Corden as Percy, the British filmmaker who becomes Migo’s friend. In the event of a sequel, Tatum is definitely going to reprise his role. In fact, the actor has made his intentions clear, when he said that he enjoyed working on the first movie so much that he would be on board for a sequel as well. We can expect Zendaya to be playing Meechee again as well. Corden might be back as Percy, but Common has expressed some hesitations about returning. The actor said that he tried to give his best in every project without thinking of the possibility of a sequel. That being said, if ‘Smallfoot 2’ is made, there is no reason for him not to return.

Smallfoot 2 Crew: Who Can Be Behind It?

John Requa and Glenn Ficarra have been heavily involved in the project, writing and producing it. We expect them to be back in the event ‘Smallfoot 2’ is made. While the first movie has been helmed by Karey Kirkpatrick, who also co-wrote, animated movies often change directors to try and push the boundaries and change up the tone of the sequel. Thus, it is highly likely that someone else will be directing ‘Smallfoot 2’.

Smallfoot 2 Release Date: When Can It Premiere?

‘Smallfoot’ did not take too long to make, having started in 2016 and coming out in 2018. We believe that a sequel would take even lesser time, since the cast is in place, and the writers have some ideas about the directions they want to take the story in. However, the project has not been greenlit yet, so we would assume that the movie would come out sometime in 2022 or 2023 if the studio decides to make a sequel.

‘Smallfoot 2’ does not have a trailer yet, but you can check out the trailer of ‘Smallfoot’ to get an idea of the movie, and what the sequel might have in store.