Snapped S27: All the Details You Need to Know 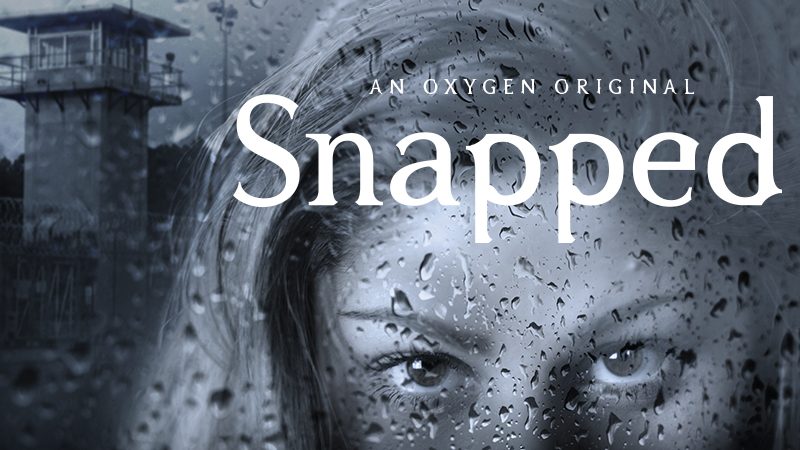 Right from Theda Bara in the age of silent films to the iconic portrayal of ‘Beatrix Kiddo’ in the 21st century Tarantino pastiche ‘Kill Bill’, the ‘Femme Fatale’ as a stock character in noir and neo-noir films have always attracted widespread intrigue among viewers. ‘Snapped’ is a television show that deals with these ‘Femme Fatales’ of reality, proving to be a gold-mine for crime film/television enthusiasts.

‘Snapped’ first premiered way back in 2004 on the Oxygen Network. The true-crime reality series continues to enjoy an uninterrupted run, having aired more than two dozen seasons. It is, by all means, the longest-running tv series on the ‘Oxygen’ network, enjoying a formidable score of 7.8/10 on IMDb. Edited in a documentary format, each episode of ‘Snapped’ deals with a different felon, usually a female, who has committed murder or attempted to do so. Post-2007, the length of each episode has been around 43 minutes.

Bizarre, high profile cases of murderous women, set the premise of each episode. Using interviews of individuals privy to first-hand information of the case, such as law enforcement officials, journalists, and friends and family of both the victim and the accused, ‘Snapped’ strives to outline what the real motivation for murder was.

Repeats of the series air exclusively on the digital sub-channel network ‘Escape’. Spin-offs inspired by the series include ‘Snapped: Killer Couples’ and ‘Snapped: She Made Me Do It’. These extensions of the tv franchise shift the focus to couples who commit crimes and women who manipulated others into doing their dirty work, respectively. It is produced by the unscripted television production company, Jupiter Entertainment.

‘Snapped’ finished airing its 26th season in January 2020. Here’s everything we know about ‘Snapped’ season 27.

Who’s the narrator of Snapped?

Actresses Laura San Giacomo and Ronnie Farer narrated the first two seasons and were followed by actress Sharon Martin, who then continued to be the voice-over narrator till as late as 2018. Jody Flader joined as the new narrator of ‘Snapped’ for season 26. She will make a comeback for season 27 as well.

Due to its structure which features a separate real-life murder case per episode, and its extensive run spanning over a decade, ‘Snapped’ has dealt with a tremendous number of female felons in its tenure. Celeste Beard Johnson, the infamous American husband-killer featured in the first-ever episode of ‘Snapped’ and it has been uphill since.

The documentary-style employed by the show allows for it to include interviews of people directly involved with these murder cases, creating a  bone-chilling sense of intrusion into the motives and inner working of the featured criminals.

What is Snapped about?

Each episode of ‘Snapped’ features a separate criminal case in a documentary-esque format. It features non-fiction narratives of women who have attempted or committed murder or were accused of doing the same. Even men feature sometimes, as co-conspirators of the crime.

The series includes interviews with individuals directly involved with the respective cases, extending to include interviews of even the accused in some instances. While Brecht wanted to alienate the audience, ‘Snapped’ wants to embrace them; involving them mentally and spiritually with the spine chilling narratives of these cold-blooded killers.

“I think everyone enjoys a good murder, provided he is not the victim” ~Alfred Hitchcock. This aforementioned quote by the ‘Master of Suspense’ proves to be true while understanding the popularity of ‘Snapped’. It is precisely the presentation of the show in the style of a docu-series that makes it so interesting.

A sense of realness is created in its narrative due to its documentary format which a later fictional recreation would not have warranted. The fact that these individuals come from regular walks of life, makes the show even more notorious by proving that these criminals are otherwise hiding in plain sight; blending seamlessly with our regular society.

Each of these felons who suddenly ‘snaps’ and kills her husband, lover, or someone else, do it for a variety of reasons — greed is often seen fueling the crime, while other instances serving as motives might include resentment, deceit, adultery, jealousy and rarely, sheer psychopathy. Audiences soon find themselves intertwined with the narrative of the murderer through the immersive voice-over narration by actress Jody Flader.

Season 26 brings to the forefront more than a dozen of dangerous women murderers. Some of the featured names are Brandy Stutzman, Stephanie Olson, Hope Schreiner, and Hazelynn Stomps. Some of the names that form the focus of season 27 are Joy Aylor, Kimberly Baldwin, Helen Frazier, and Mary Bruno — to cite a few examples.

Snapped Season 27 Release Date: When will it premiere?

Soon after, Snapped was renewed for another installment. Throughout its run, the show has followed a schedule of airing a new season, almost immediately (within a gap of 1-2 months) after the conclusion of the preceding season.

And we do not see a deviation this time as well. In fact, the latest season arrives earlier than expected. Snapped season 27 is slated to premiere on February 13, 2020, at 8 PM ET, only on Oxygen.

We don’t have a full-fledged trailer for season 27 yet. But you can head to Oxygen if you wish to watch all the previous episodes from the show.