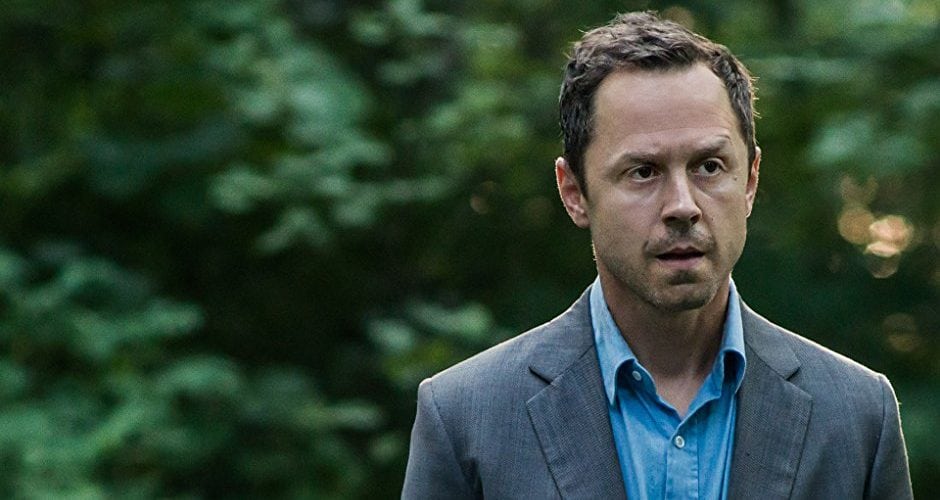 ‘Sneaky Pete’ is an American crime drama that airs on Amazon Prime Video. The series first premiered on August 7, 2015. It has been created by David Shore and Bryan Cranston. Shore is famous for having created the critically acclaimed series ‘Battle Creek’, while Cranston is best known for playing the chemistry teacher turned meth kingpin Walter White in the super hit series ‘Breaking Bad‘. Shore Z Productions, Nemo Films, Moonshot Entertainment, Exhibit A, Sony Pictures Television, and Amazon Studios are the companies backing ‘Sneaky Pete’ while Sal Calleros, Margo Myers Massey, and Mary Rohlich are the producers.

Bryan Cranston, who also co-created the show, has a long history with the team. During his acceptance speech at the 2013 Emmys for his sensational portrayal of Walter White, Cranston first mentioned the name and thus was born the idea of a tv show. The series is centered around Marius Josipović is a convict, who is released after years in prison. In order to avoid repercussions outside the jail, he steals the identity of cellmate Pete and becomes the eponymous character. The show has garnered an immense fan following, who appreciate the way the popular tropes have been handled. It has also received acclaim from the critics for being smart, suspenseful, and masterfully executed. Praised for its cast, the critics noted that the crime caper show did not shy away from the elements of a dramedy that made the series immensely entertaining.

Sneaky Pete Cast: Who is in it?

The main cast of ‘Sneaky Pete’ includes Giovanni Ribisi in the role of Marius Josipović or Pete Murphy. Other cast members include Marin Ireland as Julia Bowman, Shane McRae as Taylor Bowman, Libe Barer as Carly Bowman, Peter Gerety as Otto Bernhardt, and Margo Martindale as Audrey Bernhardt. Bryan Cranston himself appears as a recurring character, while the guest characters include the likes of Rory Culkin.

Other cast members include Patrick J. Adams, best known for playing Mike Ross in ‘Suits‘, as Stefano Kilbane, who is an arrogant business magnate obsessed with fine art and a deep need for revenge. Ricky Jay was also initially cast, but following his demise, the role has been written off, and the story accordingly adjusted. Efrat Dor appears in the role of Lizzie, who is an amoral con woman with boundless skill and no moral conscience. With a rich supporting and guest cast, the show manages to deliver an excellent experience.

Sneaky Pete Plot: What is it about?

The main cast of ‘Sneaky Pete’ follows “Marius, a con man who gets out of prison only to find himself hunted by the vicious gangster he once robbed. With nowhere else to turn, Marius takes cover from his past by assuming the identity of his cellmate, Pete, and then “reunites” with Pete’s estranged family — who have no reason to suspect he’s not their long-lost loved one.”

With devilish plot twists and intense action scenes, ‘Sneaky Pete’ remains unpredictable. What sets the show apart is the old school charm that permeates it, including its reliance on a series of improbable events which pushes the narrative forward. The show is fun in a very infectious manner, and it definitely helps that the characters are solidly crafted, and this is augmented by some spectacular acting on part of the cast members. The stylish show does not cut back on the humor even when it is showing the criminal side of things, and though some parts might feel a little stretched out, the show brings it all back together for a befitting conclusion.

While not much is known about the upcoming season, there is a good chance that the series might head in a different direction, given the fact that the production has relocated to California. Nonetheless, we expect more of the twists and turns that we have come to associate Pete with. Moreover, with the addition of Lizzie into the mix, things are bound to get interesting, since she too is a con artist like Pete. However, she is a nihilist who tries to fill this void with the thrill of conning others.

Sneaky Pete Season 4 Release Date: When will it premiere?

‘Sneaky Pete’ Season 3 premiered on May 10, 2019. As far as the next season goes, we have bad news for the fans. On June 4, 2019, Amazon announced the cancellation of the show. The cancellation came off as surprise considering the show was doing relatively well. Though, fans should not lose all their hopes. There’s still a possibility that some other network picks up the show. If that happens, we will update you about ‘Sneaky Pete’ Season 4 release date.

While we wait for any positive news on ‘Sneaky Pete’ season 4, check out the season 3 trailer to refresh your memories. If you haven’t seen the show yet head over to Amazon Prime to catch all the episodes of the previous seasons.