When Will ‘Snoop Dogg Presents The Joker’s Wild’ Return To TNT? 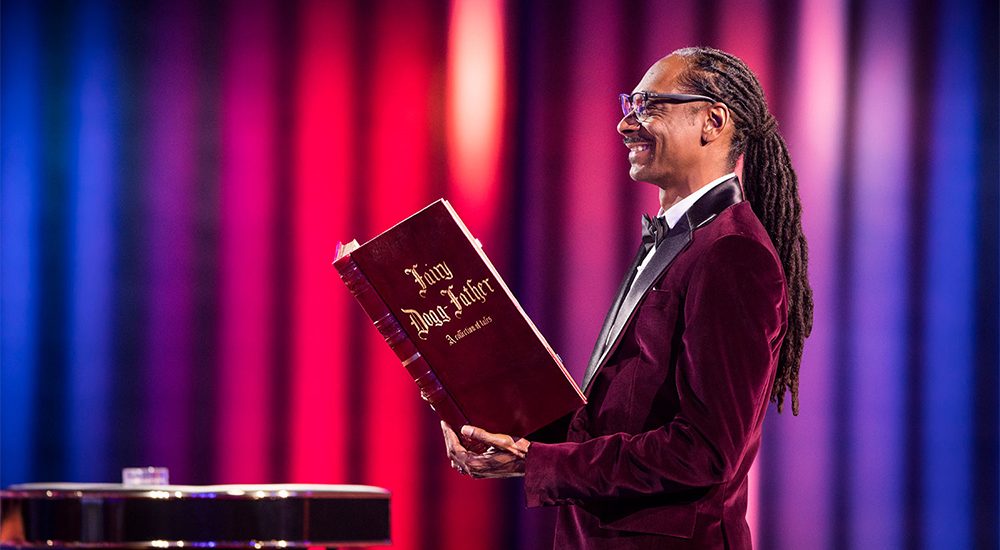 ‘The Joker’s Wild’ was among the first quiz game shows to ever use the slot machine, casino, and gambling as their thematic clutch point. In many ways it was also a renaissance of quizzing in reality television, starting the 70’s boom of the genre that would linger for more than two decades.

There are many reasons it is so highly regarded, not the least of which is the fact that it literally pulled the genre out of its dark ages after the 1950’s quiz show scandals – during which TV shows were ousted after it was exposed that the producers manipulated and orchestrated the shows, against which regulations arrived only recently in the late ’50s. ‘The Joker’s Wild’ was the first major success after this happened, and had it not been for this show, Jack Barry’s career would never have recovered.

Anyhow, the show itself is nothing to scoff about in terms of pure entertainment value, something which made it a large cultural influence in the ’70s and the early ’80s (the weekly version called ‘Joker! Joker! Joker!!!’). The show received syndication again in the early ’90s, complete with a Jack Barry memorial plaque.

Unfortunately, this version took a nosedive, and the show practically drowned – until, that is, it resurfaced thanks to none other than Snoop Dogg – who was admittedly a fan of the show. ‘The Joker’s Wild’ started on TBS and moved to TNT, from Season 3.

Even though the hype for it is at an all-time high among Snoop’s fans, there is still no confirmation on the renewal status from its network or Snoop Dog. While we discuss when ‘Snoop Dogg Presents The Joker’s Wild’ Season 4 will return on TNT, take a quick look at the details of the show.

Snoop Dogg Presents The Joker’s Wild Season 4 Release Date: When will it premiere?

‘Snoop Dogg Presents The Joker’s Wild’ Season 3 premiered on January 23, 2019, on TNT. When it first premiered on October 24, 2017, it was on TBS where it managed to rake in a decent viewership, and was thus renewed for a second season. Season 2 premiered on June 17, 2018, on the same channel. However, it was announced on December 21, 2018, that the show was being shifted to TNT where its third season would premiere.

The show is a big-budget production that TBS must have plans for, in the long run. At the current state, it sits atop very favorable ratings and a brand-new growing fanbase, as well as returning fans of the show. ‘Snoop Dogg Presents The Joker’s Wild’ Season 4 should release in autumn 2020. However, this tentative air date cannot be confirmed because the show is yet to be renewed. Stay tuned for updates.

Who is the Host of Snoop Dogg Presents The Joker’s Wild?

At the heart of the show is, of course, Snoop Dogg. The rapper, artist, songwriter, musician, and cultural icon has admitted to being a fan of the show since the original ‘Joker’s Wild’ was a cultural phenomenon in his teenage years. Snoop aims to bring the game back to the current generation. It has been well 25 years since the last time the show went on-air, so Snoop’s face value as a celebrity really contributes a lot to building a new viewer base for the current version of the show.

In fact, almost all of the show’s slot selection panels are various funny situations and puns based on Snoop and the hip-hop scene. Naturally, when Season 4 airs, Snoop will be back on the lectern in the robes of the host again. Jeannie Mai was seen as the hostess in season 1, however, there was no co-host in both season 2 and 3.

Although the casting for the next season has not been confirmed, it is likely that ‘Skylanders’ and ‘Grand Theft Auto V‘ voice talent Dave Burchell will play the announcer and Jeannie Mai might be back as Lady Luck.

What is Snoop Dogg Presents The Joker’s Wild about?

The show features celebrity cameos, including the likes of Wiz Khalifa and Seth Rogen. The game is played through a slot machine between two contestants – a returning champion and a challenger. Each instance of questioning begins by turning the lever, on which the slot machine rolls three categories – each with variable question value. The winner is usually determined by which contestant reaches $500 first, or which of them answers a question correctly upon a 3x Joker roll.

Until an update on season 4 finally drops, you can watch this sneak peek from the Youtube TBS handle for a glimpse into the show.