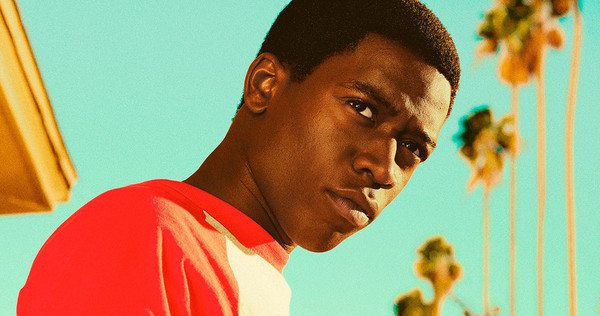 ‘Snowfall’ is an American crime drama television show that airs on FX and first premiered on July 5, 2017. The show is co-created by Oscar and Emmy-nominated writer and director John Singleton, along with Eric Amadio and Dave Andron.

‘Snowfall’ gives off the same vibe as the original ‘Miami Vice’ when Crocket and Tubbs walked a fine line between the law and the dark side of the drug world. And while nothing is as good as ‘Breaking Bad‘ when it comes to a show about drugs, ‘Snowfall’ certainly gives ‘Southland’ a run for its money. Needless to say, the show has garnered a large fan following over the years, and critics have praised the show for an accurate representation of Los Angeles in 1983. CNN aptly summarized the show as: “At its best, Snowfall illustrates the unintended consequences and collateral damage associated with drugs while revisiting the CIA’s role and shady dealings to advance its foreign-policy objectives”.

Snowfall Cast: Who is in it?

The cast of ‘Snowfall’ is led by Damson Idris who plays Franklin Saint. As a young entrepreneur, Franklin attempts to use crack dealing as a way to power and to get money for himself and his family.  Sergio Peris-Mencheta plays Gustavo “El Oso” Zapata, a wrestler who gets involved with a power struggle within a crime family; Emily Rios stars as Lucia Villanueva, the daughter of a Mexican crime lord, who hopes to make a name for herself and get out from under her father’s thumb; and Carter Hudson is cast as Teddy McDonald, a sketchy CIA operative who begins an off-book operation to fund the Nicaraguan Contras and has a dark past.

Snowfall Plot: What is it about?

‘Snowfall’ starts off in an early 1980s setting, just on the cusp on the rise of crack cocaine, which becomes an insidious urban epidemic, exponentially accelerating urban blight. The series begins by showing the disparity between the haves and have-nots, and the solutions provided to close that gap. It is firmly set against the infancy of the crack cocaine epidemic and its ultimate radical impact on the culture as we know it. The story follows numerous characters on a violent collision course. Ultimately, the show feels like a true story, but not centered around specific real-life characters, and compared to what the actual situation was back then, you never think that what you are seeing is not plausible.

Season 3 starts with Franklin and Cissy looking to make an investment in the community. Meanwhile Andre tries to figure out what is destroying it and Jerome unveils his new business. With new cooks on the street things start getting tough for Franklin, who then decided to pivot his business model. As  Franklin puts his business plan in motion,  the LAPD takes a stand against his growing operation. In the end, things don’t go as expect for him and he decides to walk a different path. Life in South Central is no longer the same.

Season 4 is expected to pick up the story from where season 3 ends, which means we will get a insight into Franklin’s new life.

Snowfall Season 4 Release Date: When will it premiere?

‘Snowfall’ Season 3 premiered on July 10, 2019 and ended its run on September 11, 2019. The good news for the fans is that even before the third season ended, FX renewed the show for another season.

“Snowfall has continued its creative leap forward this season with the hard work and contributions of John Singleton and the brilliant performance of Damson Idris,” said Nick Grad, President of Original Programming, FX Entertainment. “We are grateful to Dave Andron, Thomas Schlamme, Michael London, Trevor Engelson and Walter Mosley for honoring John’s legacy through their commitment to building on the artistic excellence of Snowfall with a fourth season on FX.”

Even though no release date was revealed in the announcement, we expect ‘Snowfall’ Season 4 to premiere sometime in July, 2020. We will update this section as we learn more.

Should You Watch Snowfall?

Despite the show having all the potential to be a docudrama, it chooses to eschew that and thoroughly indulges in the gangster tropes, and fashions itself into a stylish plot driven and retro pulp thriller, where the influences of filmmakers like Martin Scorsese and Quentin Tarantino are very abundant in the use of groups of people whose paths cross, leading to an escalation in the situation. However, what really stands out about the show is the detail paid to the characterization and the relations among those who are marginalized in society. For example, a relation between a Jewish landlord and a black family would normally never be explored on television, but by attaching the possibility of drugs and violence to the overarching narrative, the series manages to squeeze in some important societal dynamics as well.

While we wait for season 4, check out the first look of season 3 again.