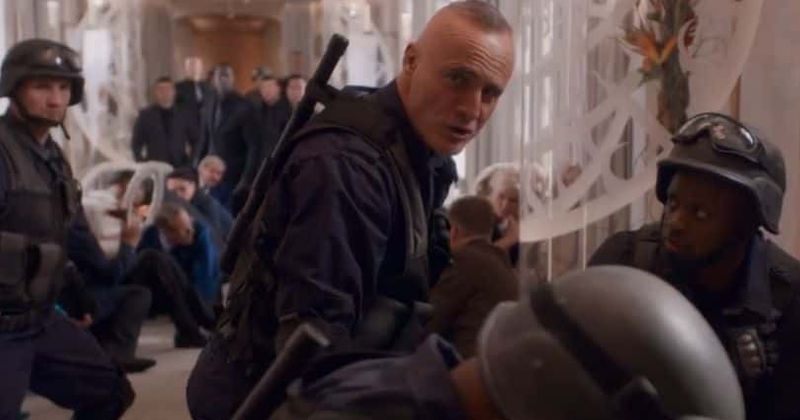 Things are heating up as ‘Snowpiercer‘ hurtles towards an uncertain end. Inspired by Bong Joon-ho’s movie of the same name, the series has turned the director’s dystopic tale into one of class structure, hierarchy, and the kind of palpable tension that will keep your eyes glued to the screen. We have seen how the situation has worsened for the First Class passengers, those in the Second Class and Workers Class. Meanwhile, the Tailies have also been clamoring for their share.

The last episode witnesses Melanie going to extreme measures to find Layton, which makes many question her methods. Meanwhile, we see the revolutionaries arming themselves and preparing to strike. Naturally, you might be curious about what transpires in the latest episode. We have the rundown and information on when and where to watch the finale.

Snowpiercer Finale Release Date: When Will It Premiere?

The penultimate episode sees the rebel forces on the ropes when a dangerous foe defects to their side. While they hatch a plan to take control of the train once and for all, it comes at a high personal and moral cost, which might destroy them all. The finale sees the aftermath of the revolution. Layton struggles to bring order among the survivors, and Melanie makes peace with her demons. However, she understands that the threat to her survival is right over her shoulder.

The episode shakes things up on the train forever. The Firsties question Melanie about Wilford, and she gives evasive answers and tries to placate them, but they throw her in the interrogation room. While not much can crack Melanie, a conversation with Ruth brings out the truth. According to Melanie, Wilford planned to build the train to have a good time, and not save people, so she left her to die. Ruth questions their friendship and tells Melanie she’ll be executed.

Meanwhile, the commotion gives Layton a chance to plan his revolution. The Tailies are heavily involved in the mix as they have an army and demand change. There is a bloody clash between law enforcers and revolutionaries as Andre looks over the damage and destruction in the wake of this encounter. However, it seems that Layton might crack unless he wins the battle soon. The episode ends on the anticipatory note, as we head to the finale.

Read More: Where to Stream Snowpiercer?