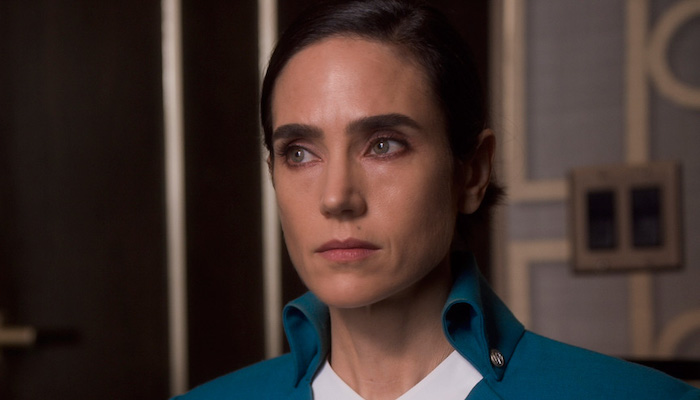 Based on Bong Joon Ho’s acclaimed movie of the same name, ‘Snowpiercer‘ the television series is set in 2021. It follows the inhabitants of the train who have to keep moving after the world has been turned into a dystopic wasteland. However, there are tensions within the train due to the strictly imposed social hierarchy and rather uneven distribution of resources. The series is having a fantastic first season and tackles issues like social injustice, class warfare, and the politics of survival.

The most recent episode sees an emergency where a hole in the window might wipe out a species. The workers go on strike prompting Melanie to threaten them with retributions to break up the formidable collective action. The threat is simple, striking workers will be chosen at random and sent to the Tailies, and some of the Tailies will be promoted. However, a potentially life-threatening situation brings everybody together.

Ultimately, there is unrest in the First Class with someone being accused of murder. The Third Class is angry at the unjustified death of the workers. The Second Class tries to reconcile the two and work towards balancing the resources, and finally, the Tailies want more than handouts. It is a powder keg that might blow at any moment, which might make you wonder what the upcoming episode has in store. We have the spoilers and will tell you when and where to watch it.

Snowpiercer Episode 7 Release Date: When Will It Premiere?

‘Snowpiercer’ Episode 7 is slated to release on Sunday, June 28 at 9 PM ET. The upcoming episode is titled “The Universe is Indifferent.”

The synopsis for the upcoming episode states that Melanie doubles down on her search for Layton aboard a divided Snowpiercer. Layton is weaponizing her secret and the Third Class faces a reckoning when presented with a choice. The episode is likely to prioritize a sense of intensity, which is why the evident game of cat and mouse will be played. Since the societal structure on board the train is fractured, there is bound to be an added degree of tension in the actions. Will Melanie find Layton? She has long been trying to maintain some semblance of order on the train, but the structures are being questioned and she’s fighting battles on all sides.

The upcoming episode promises to be extremely exciting due to the nail-biting premise. As talks of taking down the train increase, will Snowpiercer ever go through a period of calm? Check out the promo of the upcoming episode below.

Read More: Is Snowpiercer Based on the Movie?