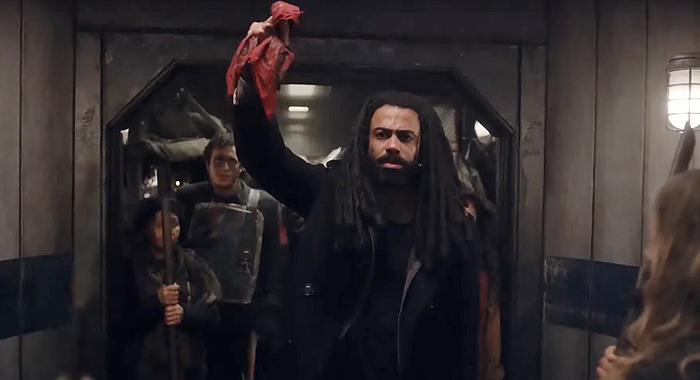 Based on Bong Joon-ho’s dystopic masterpiece on board a moving train, ‘Snowpiercer‘, the tv series, shows the class conflict devolving into chaos as the worst of humanity rears its ugly head when solidarity is the need of the hour. Season 1 has seen the conflict among the First Class passengers, the workers, and the Tailies reaching a fever pitch and breaking out into war. Even as we see the fallout in the finale, there are cliffhangers meant to increase the anticipation for the upcoming installment.

Snowpiercer Season 2 Release Date: When Will It Premiere?

‘Snowpiercer’ Season 1 started airing on TNT from May 17, 2020, and the finale aired on July 12, 2020. There’s no need to worry because not only has Season 2 already been greenlit, but principal photography has almost wrapped up as well. Production was shut down in March 2020 due to the coronavirus pandemic, and we don’t have a specific release date yet. Still, we believe, ‘Snowpiercer’ Season 2 will release sometime in May 2021.

Snowpiercer Season 2 Cast: Who Can Be In It?

Some familiar and new faces are headed our way in ‘Snowpiercer’ Season 2. We are bound to see more of Daveed Diggs as Andre Layton and Jennifer Connolly as Melanie Cavill. Other stars who are bound to make a comeback are Annalise Basso as Lilah “LJ” Folger Jr., Alison Wright as Lilah Anderson, Mickey Sumner as Bess Francis Till, Susan Park as Jinju Seong, and Iddo Goldberg as Bennett Knox.

Some cast members have expanded roles in Season 2, like Steven Ogg and Rowan Blanchard who have been upped to series regulars. Sakina Jaffrey and Damian Young are new arrivals and will be seen playing Mrs. and Mr. Headwood. Chelsea Harris appears as Sykes, and Tom Lipinski plays the role of Kevin. Sean Bean, infamous for playing characters who die, will return on a more permanent basis as Mr. Wilford, the original designer of Snowpiercer.

Snowpiercer Season 2 Plot: What Can It Be About?

Season 1 ends on a cliffhanger, which is undoubtedly what the upcoming season will explore. We already see Layton dealing with the fallout of the uprising, which brings its own hard choices. However, the world of Snowpiercer is rocked by the revelation that there is another train, presumably piloted by Mr. Wilford, who was previously thought to be dead.

As the new train couples up to Snowpiercer, a woman boards the train, asking for Melanie. She turns out to be the engineer’s daughter, also thought to have died. The new season will address both these issues while showing how people fit into the new regime. At the same time, we hope to see the people getting off-board the Snowpiercer at some time. Basso has expressed a similar desire, saying that she’d expect the exterior shots to be filmed in Iceland or Greenland. Still, it would be refreshing to see the survivors trying to rebuild society outside the train. Ultimately, ‘Snowpiercer’ Season 2 will be looking to maintain the same gripping tone it has in the first installment.

Read More: Where to Stream Snowpiercer?