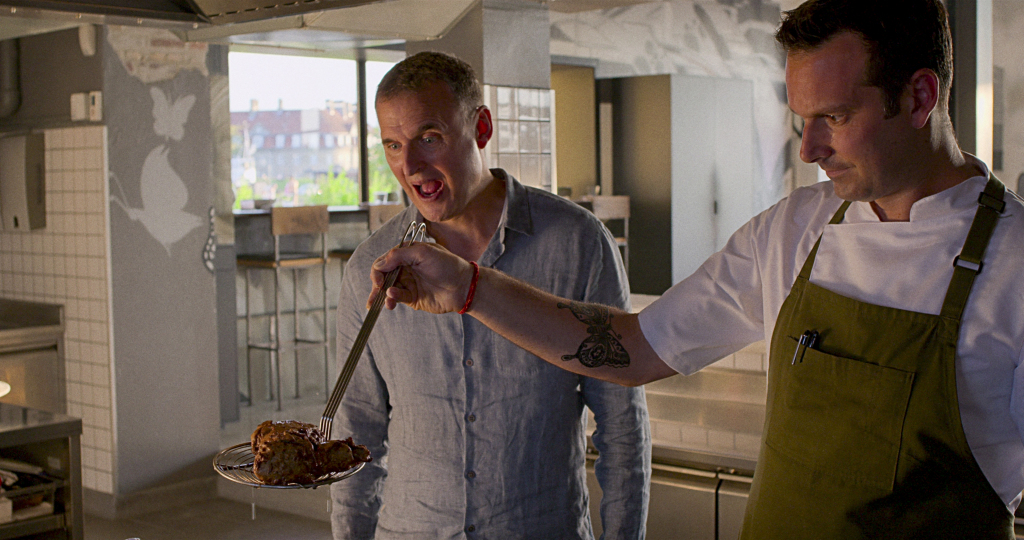 Over the years, the series has managed to grab a special place in the hearts of culinary and travel enthusiasts. Fans love to be virtually involved in the charismatic presenter’s multiple globe-trotting adventures. Four seasons in and counting, let’s now check out the details of a potential ‘Somebody Feed Phil’ season 5!

‘Somebody Feed Phil’ season 4 premiered on October 30, 2020, on Netflix. It consists of five episodes of 46-63 minutes each. On May 29, 2020, in an interview with Variety host Philip Rosenthal expressed his plans for the show’s future. He said, “We’ve done 28 episodes of the show and the next five are coming in October and we still haven’t scratched the surface of the earth — such as India.”

A simple calculation and out of the 28-episode deal, seasons 1 to 4 have aired 22 episodes to date. Therefore, it’s evident that another six episodes are yet to land on Netflix. Since Phil had revealed that shooting is complete for all the episodes, we expect a short waiting time for the next batch – the fifth season. According to our best prediction, ‘Somebody Feed Phil’ season 5 should premiere sometime in early 2021.

Who is the Host of Somebody Feed Phil Season 5?

Philip Rosenthal is both the host and the central star of the food-travel documentary series. Therefore, he will definitely feature in all future editions of the series. The television writer and producer is best known as the creator, writer, and executive producer of the hit sitcom ‘Everybody Loves Raymond’. He has also served as the host of ‘I’ll Have What Phil’s Having,’ ‘Somebody Feed Phil’s “spiritual” predecessor.

What can Somebody Feed Phil Season 5 be About?

‘Somebody Feed Phil’ follows the host Philip Rosenthal as he visits different cities in various countries across the globe and tries the region’s local culinary specialties. In the fourth season, we see Phil traveling to San Francisco and relishing the city’s all-time favorite, chocolate croissants. In Rio de Janeiro, he partakes in a Carnival, samples fruit feijoada, sips caipirinhas, and tastes churrascaria.

In Singapore, Phil admires the city’s remarkable architecture and marvels at the packed hawker markets. Phil then enters the Mississippi Delta and chomps on ribs, steak, lobsters, and alligators. Finally, in Hawaii, he enjoys several local adventures while indulging in some sumptuous dishes. Season 5 will embrace the same premise and follow Phil as he visits a bunch of new culinary destinations.

Read More: Is Philip Rosenthal Married? Does He Have Children?