When Does Somebody Feed Phil Season 3 Premiere? 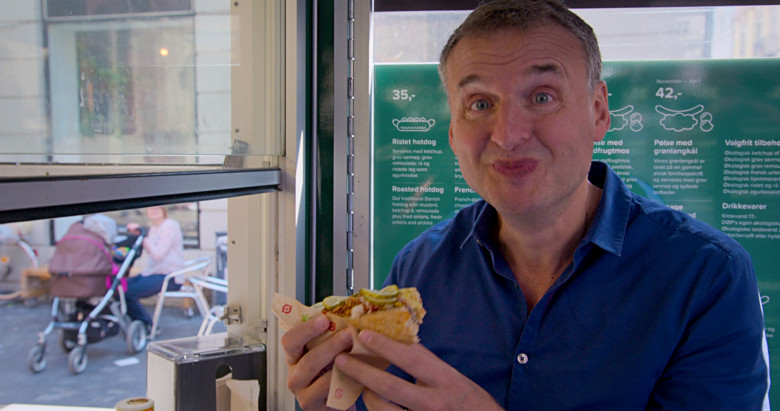 ‘Somebody Feed Phil’ is an American Travel-Food documentary directed by John Bedolis that premiered on Netflix on January 12, 2018. It is a spiritual successor of and created on similar lines of the PBS show, ‘I’ll Have What Phil’s Having’, released in September 2015. The series follows Philip on his journey to different cities across the world as he experiences the local cuisines, culture, and lifestyle.

The show has had 2 successful seasons so far. Now the question is when will ‘Somebody Feed Phil’ season 3 premiere? Read on!

Somebody Feed Phil Season 3 Release Date: When Will it Premiere?

‘Somebody Feed Phil’ season 2 premiered on July 6, 2018, on Netflix, and consisted of 6 episodes. The two seasons combined consist of 12 episodes which represent 12 different cities and their respective local cuisines.

In May 2019, Netflix announced that it has renewed the series for a third season. ‘Somebody Feed Phil’ season 3 will release on May 29, 2020.

‘Somebody Feed Phil’ is a travel-food documentary starring Philip Rosenthal. Rosenthal is popularly known as the creator and writer of the 1996 sitcom ‘Everybody Loves Raymond’. He has also worked in various films like ‘The Simpsons Movie’, ‘30 Rock’ and ‘The TV Set’.

Phil also co-wrote the 9/11 telethon, ‘America: A Tribute to Heroes’ which won a Peabody Award and an Emmy nomination. Of course, since he headlines the show, Phil will make a comeback in season 3 as well.

What Can Somebody Feed Phil Season 3 be About?

‘Somebody Feed Phil’ follows Philip Rosenthal across different cities. Philip is often accompanied by some of his family members and sometimes celebrity chefs in his journeys. Each episode showcases a new city. Philip and the team explore the city, its heritage points, meet interesting people, and try out local cuisines. A lot of the show’s success is credited to Philip Rosenthal. His uncanny sense of humor and genuineness is eye-catching. Often you will find Philip calling the food he eats to be delicious, but you can never see him being fake or under pretense. He is just one of those people who you feel happy to listen to and watch. His unique way of narrating his journeys and looking at the world with a sense of wonder is amazing and gets you hooked on the show.

Philip usually tries out local food from the streets as well as from upscale restaurants. His reactions to the dishes he tries are fun to watch as you can see how genuinely he is interested in food. The show also focuses on the city and the culture around the place, adding an extra dimension to the show. The wonderful direction makes you rightly feel like watching a travel documentary.

Season 1 showcases Phil’s travel to Bangkok, Saigon, Tel Aviv, Lisbon, New Orleans, and Mexico City. In Bangkok, Phil tours the market in a boat and explores the street food. In Saigon, Phil learns how authentic Vietnamese coffee is made. He tries the shakshuka in Tel Aviv and in Lisbon, rides the city on a motorcycle. The highlight of the season is when Phil visits Mexico City and tries to make a tortilla.

Phil is then accompanied by wife Monica as they travel to Dublin to trace her ancestral roots. In Buenos Aires, Phil explores the local food and learns to ride a horse. Phil relishes new variations of classic nordic dishes when in Copenhagen. In Cape Town, Phil is joined by Nelson Mandela’s grandson as they try Ostrich and Antelope. The season ended with Phil traveling to New York City where he is joined by friends including Al Roker, Judy Gold, Elaine May, and Tracy Morgan. Together they hit the streets to try everything from steak, pizzas, hot dogs to egg creams.

In season 3, Phil will travel to Marrakesh, Chicago, London, Seoul, and Montreal. In Marrakesh, Phil tries a savory lamb dish, partakes in a pop quiz on spices, and shares a family dinner. In Chicago, Phil and his daughter enjoy hot dogs, delicious pie, and the city’s famous deep-dish pizza. In London, Phil indulges in multiple cuisines, ranging from fish and chips to venison nosh. He then reaches Korea and tries tteok-bokki in Seoul, where he also tastes crab and gobble-fried chicken. Lastly, in Montreal, Phil will devour bagels and chicken.

Here’s the official trailer for season 3.