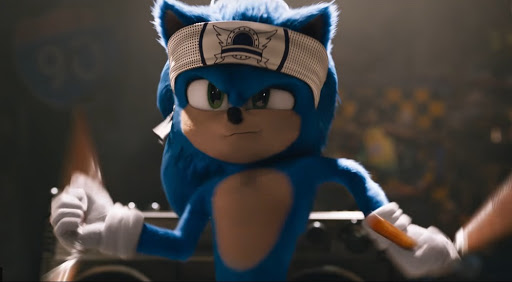 Apart from Mario, Sonic the Hedgehog is perhaps the single most recognizable character in all of gaming history. The nimble anthropomorphic hedgehog is the ultimate representation of speed, with even his name emphasizing his status as the fastest creature alive. Sonic ruled the gaming space all throughout the 1990s and blossomed into a colossal media franchise consisting of books, comics, animated series, and tie in merchandise.

Surprisingly, however, Sonic has never actually gotten a live action feature film release date, something that is remedied by 2020’s ‘Sonic the Hedgehog’ film. Despite finding itself mired in controversy initially over the design choices made for its titular character back when the film was first introduced (the tiny eyes and prominent teeth in the original design still freak me out), the studio behind the movie rallied magnificently, completely redesigning the character and winning over begrudging fans.

In case you are wondering where was Sonic the Hedgehog filmed, we have got you covered. Here’s everything we know.

However, Green Hills is not actually a real place and is an entirely fictional location created for the Sonic character. As such, the studio had to find an alternative location to stand in as Green Hills, and they chose two primary locations – San Francisco, California and British Columbia in Canada. Principal photography commenced in late July, 2018 and wrapped up by mid October the same year. The film was shot both on location and on set in other places as well, including New York and Morocco.

The fictional town of Green Hills, Montana in the ‘Sonic the Hedgehog’ movie is represented by numerous locations across British Columbia, Canada. The principal filming location was the charming small town of Ladysmith in British Columbia. The town is only about 12 square kilometers in size and is known for its forests and vibrant green hill locations, making it an ideal stand in for Green Hills.

The location manager for the film Abraham Fraser outlines the difficulties of filming on location, “For the majority of our filming we would require to close the block entirely…with the hopes of doing intermittent traffic control”.

In fact, the crew even filmed for 6 days overnight to get all the shots they needed. Filming for certain scenes was also done in other locations across British Columbia including the city of Vancouver, Fanny Bay, Coquitlam and Burnaby.

British Columbia remains an extraordinarily popular filming location for numerous films and TV shows owing to the sheer variety in geography on offer and the generous incentives provided by the Canadian government to foreign film productions.

Check out these pictures of the shoot in Ladysmith:

Ladysmith Chronicle on the #SonicMovie: "Filming is still more than a week away but downtown Ladysmith is buzzing with excitement as advance set crews work to transform storefronts in preparation for the eight days of shooting for the Sonic the Hedgehog movie." #SonicNews pic.twitter.com/xyuDwVcX24

Sonic also visits the sunny city of San Francisco along with his sheriff friend Tom Wachowski in order to take on Dr. Robotnik, with several prominent landmarks featuring including the Golden Gate Bridge. Filming for these scenes took place on location in San Francisco itself.

Check out this picture of the San Francisco shoot:

Helicopter and drone above 2nd and Minna today in San Francisco is actually filming for Sonic the Hedgehog pic.twitter.com/OpGyznlwHA

The majority of actor Jim Carrey’s scenes in “Sonic the Hedgehog’ were filmed in studio in the city of New York.

Check out his picture of actor James Marsden with Jim Carrey after the conclusion of the filming:

Jim and Jimmer. That’s a wrap on the #Sonic movie, and another check off the bucket list getting to work with this legend. “I hate goodbyes!!!” #JimCarrey #Sonic

Limited filming for ‘Sonic the Hedgehog’ also took place in the Northern African country of Morocco.

‘Sonic the Hedgehog’ is the first full feature film by American filmmaker Jeff Fowler, who was previously nominated for the Academy Award for Best Animated Short Film for 2004’s ‘Gopher Broke’.

The premise for the ‘Sonic the Hedgehog’ movie is expectedly simple – Sonic is a bright blue colored anthropomorphic hedgehog from an alien world who possesses the power to run exceedingly fast. However, with great power comes great jealousy, and Sonic is always on the run (literally and figuratively) from those who seek to exploit his super speed for their own evil agendas. One such person is Sonic’s biggest nemesis – despotic roboticist Dr. Robotnik, who is hired by the government to locate and capture Sonic, but harbors his own plans for world domination. While hiding out in the town of Green Hills, Montana, Sonic fortuitously runs into ex San Francisco Police Department officer and current Green Hills sheriff Tom Wachowski, who helps Sonic evade capture and stop Dr. Robotnik from putting is malevolent plans into action.