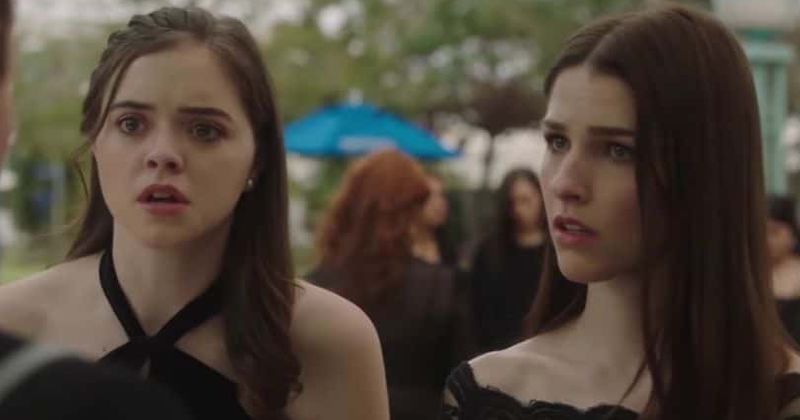 Lifetime’s roster of thrillers keeps getting more exciting, and ‘Sorority Secrets’ is a fantastic addition to the platform. The premise follows Cassie, who is thrilled to be a member of an elite sorority, though she is a mid-year transfer. Life seems to be good for the young girl with free housing, assistance for tuition, and an incredible alumni network. But, when Cassie digs a little deeper, she finds that the chapter president and advisor are running an escort ring involving the girls. The affair turns deadly because some secrets do kill.

From the glib exteriors of college life to the darker interiors showing the depravity of humans, ‘Sorority Secrets’ paints a formidable picture. Naturally, the setting plays a huge role, which might make you wonder where the movie has been shot. We’ve got you covered and will introduce you to the cast too.

We know exactly where ‘Sorority Secrets’ has been filmed, thanks to the casting calls that went out during the shooting process. The movie has been shot in Miami and Hollywood, Florida, in the first two months of 2020. Luckily, the film wrapped up before the coronavirus pandemic got out of hand, shutting down most projects. Now, you must know that shooting in Miami has its advantages. Not only are the stunning vistas perfect for the vibrant visuals most projects aim for, but there are a variety of neighborhoods, including residential and commercial – which can be used for different settings.

Furthermore, Miami has a lot of tax incentives in place, and even makes avenues open for production assistance. In the case of ‘Sorority Secrets,’ the sunshine and sandy beaches of Miami make up the exact happy exterior that might hide the proverbial can of worms, as the film shows. Here’s a picture of two cast members who’ve had a great time working on location.

It has been an absolute joy working and laughing with the lovely @elisabettafantone. 📽💙

The major castmembers of ‘Sorority Secrets’ are Tommi Rose, who plays the part of Monica, Elisabetta Fantone, who appears in the role of Debra Thompson, and Brytnee Ratledge, who can be seen as Cassie Thompson.

Tommi started young in the entertainment industry, appearing in print ads for baby products. Growing up, she starred in musical theater productions, and eventually shifted to film and television. Tommi’s music career is quite intertwined with her acting, and she records her art in Miami and Los Angeles.

Fantone, for her part, was born and raised in Montreal – discovering a passion for the arts in high school. She studied Creative Arts in college while sharpening her acting skills. Over her career, Elisabetta has appeared in numerous works, but her artistic temperament is quite evident even outside acting. Fantone is a world-renowned pop artist too. Here’s a picture of Fantone in Miami while filming was going on.

Brytnee was born in Albuquerque, New Mexico, but moved to Clovis, which is where she completed her high school. Her passion for films was evident when she was seven, and Brytnee spent most of her childhood performing in community theaters. From the time she’s decided to pursue a career in films and shows, Brytnee has landed several roles in ‘Longmire‘ and ‘From Dusk Till Dawn: The Series.’ Here’s a picture of Brytnee while the filming’s taken place in Florida.

Me when someone tells me carbs are bad for me

Thus, it’s safe to say the ‘Sorority Secrets’ brings together a stellar cast, and the members are sure to narrate a tale we will remember for some time.