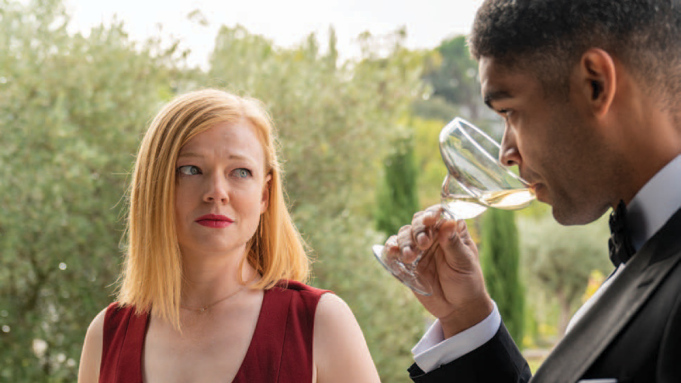 What would you do if science removes any obstacles that stop you from meeting your soulmate? Well, AMC’s true-love anthology series ‘Soulmates’ tries to give you an answer while taking you into the future. What happens here is, a certain technology called ‘test’ matches the genetic configurations of people. After the results, the individuals gauge their actions, based on this newfound bit of information. Should married couples continue to stay together? What can singles do to find the other half of their souls? Well, the premiere episode of the series, which dropped on October 5, 2020, attempts to give us answers but ends up raising more questions. So, do you want to know what the next episode has in store for fans? Let’s find out.

‘Soulmates’ episode 2 releases on October 12, 2020, on AMC, at 10 pm ET/9 pm CT. The first season consists of six episodes, with new episodes dropping every Monday at the same time slot.

The upcoming episode is called ‘The Lovers’. AMC has released its official synopsis, which goes somewhat like this: “David’s life is turned upside down when Alison presents him with proof she’s his soul mate; they start a torrid affair, but everything may not be what it seems.”

Where to Stream Soulmates Episode 2 Online?

The first episode is called ‘Watershed’ and its events take place in the year 2023. Scientists discover that the human body has something termed the ‘soul particle’, which convinces the company Soul Connex to test and pair people with their soulmates. Nikki, who is confused about her marriage reaches the premises of Soul Connex to try the technology. Via flashbacks, we see that Nikki’s relationship with her husband Franklin is just ‘fine’. But then, just before taking the test, she has a realization. She meets up with Franklin, makes him sit down, and says: “I chose you, years ago, and it wasn’t science. It was my choice, made from my heart.”

However, the twist? Franklin had also taken the test without Nikki’s knowledge! And he has already found his match. A few years later, Nikki is with her new soulmate. She drives up to Franklin’s home to pick up the kids. When she sees her ex-husband, he tells that he misses the ‘old us’. Nikki drives away with her current partner while looking back wistfully at her old house.