It’s crazy how popular the medium of anime has become these days. The early influence of it on Western music was first observed when ‘Gorillaz’ came out with their debut album back in the early 2000s. But who would’ve thought that one day we would be able to see the medium as a logical counterpart of some homely country music?

2016 Grammy Award Winner, Sturgill Simpson really seems to have a thing for the unconventional and his recent work is living proof of that. If you think about it, on paper, the whole idea of making a post-apocalyptic anime movie that features country music is downright daft, but you’ll be surprised at how amazingly this eerie blend of two very different mediums can turn out to be.

‘Sound & Fury’ is a 40-minute anime film that recently premiered on Netflix and features all the songs of one of Sturgill’s album that goes by the same name. Now, I am not much of a country music fan and before this, I was only familiar with his “In Bloom” Nirvana cover. But that is certainly going to change now. When it comes to the anime, it is certainly very niched compared to most of what we see these days. For the most part of it, the 40-minute visual album does not follow a fixed narrative. With each track of the album, you get to see a very different segment of the story and along with that, even the animation style consistently changes. It goes from the basic painted visuals to rotoscopy to other distinctive styles that keep you engaged. So from a visual perspective, the level of creativity involved in this visual album is just impeccable. 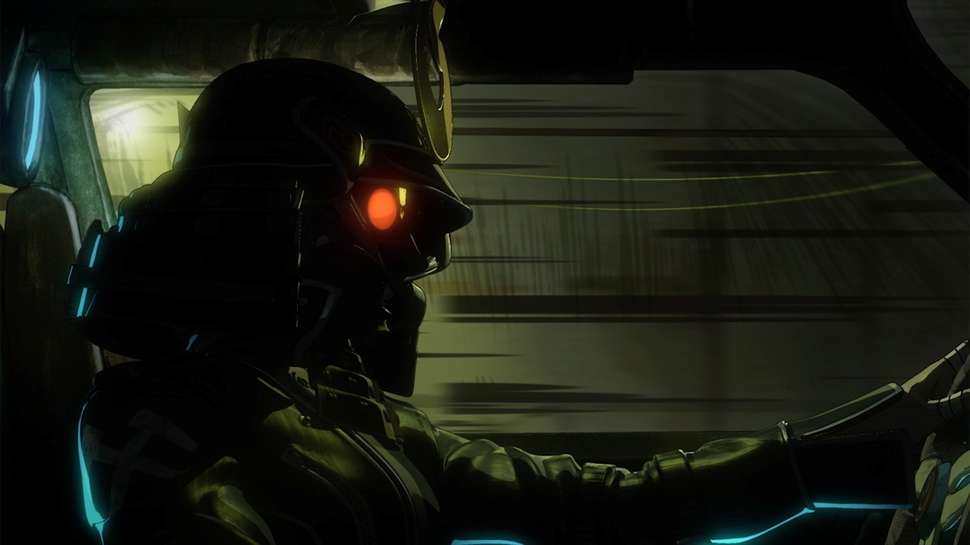 I’m pretty sure that it was never the intention of the creators to make a plot rich anime out of this one because its narrative only shines when you look at it as a whole. That’s probably one big reason why it will prove to be more attractive to those who are fans of the music as well. The music, the changing narrative and the intense color palette; all of these come in tandem with one another and offer something that is unique and also quite enjoyable.

The plot also has some of its own twists and turns and clearly an attempt has been made to create links between all the different parts of the story. But surprisingly, the best part of this film comes right after the credits where it makes somewhat of a major revelation. So make sure you don’t turn it off as soon as the credits start rolling.

Produced by Kamikaze Douga Studio, which is mostly known for its work in ‘Jojo’s Bizzare Adventure‘, the animation style will remind you of some classics like ‘Akira’ and ‘Ghost in the Shell‘. Not to mention, its bleak post-apocalyptic vignettes remind you of ‘Mad Max‘. The action scenes have been very well choreographed and it also happens to have a very interesting dance number that is complimented with some incredible visuals. So overall, this is easily the Studio’s most significant work after ‘Jojo’s Bizzare Adventure’ and even if you’re not exactly a fan of Sturgill’s music, the visuals are enough to make you stay with it throughout its 40-minute runtime. 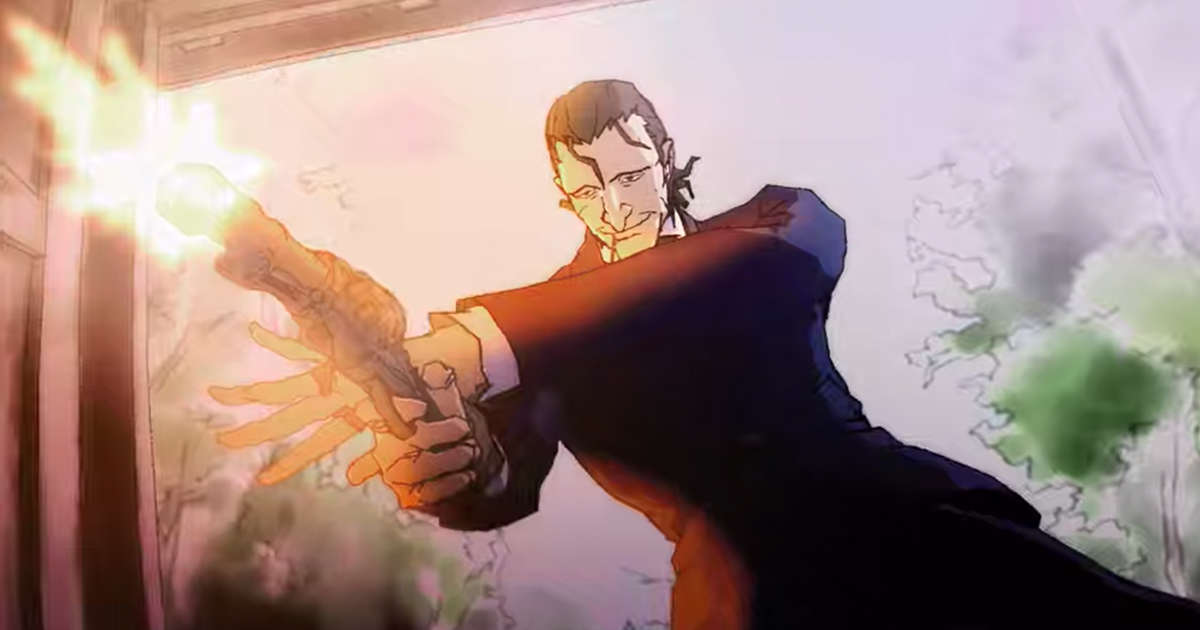 What’s a little disappointing is that despite its short runtime, there are several recurring visuals, especially the ones that involve blacksmiths making swords. The use of repetitive or stock imagery is certainly not expected from an anime of this caliber, but it’s the kind of flaw that you can easily overlook. As mentioned earlier, the ambient tracks with throbbing vocals work really well with what is being portrayed. Unfortunately, the lyrics of most of these tracks don’t really emphasize on any segments of the story or the visuals they’re being played with. Despite having only a few evident shortcomings, ‘Sound & Fury’ comes nowhere close to the perfection of other unconventional Netflix animated originals like ‘Love, Death & Robots‘.

One of the positive aspects about ‘Sound & Fury’ is that most of its subplots act as a metaphor for the bigger themes of the album, many of which you come to know during its epilogue. ‘Sound & Fury’ is definitely not for everyone and those who are not fans of Sturgill’s music or anime in general, will probably not last long enough to get past its reeling array of visuals. If you happen to be an anime fan and its chaotic narrative starts bothering you, just remind yourself that all of it has been done deliberately and it will all eventually only make sense after the credits.

Overall, ‘Sound & Fury’may not be the greatest piece of anime that you will find on Netflix today but its certainly worth your time if you don’t mind watching a trippy and mesmerizing 40-minute long music video. And if you’re looking for something similar, you should check out ‘Interstella 5555: The 5tory of the 5ecret 5tar 5ystem‘ which is a visual adaptation of Daft Punk’s “Discovery”.