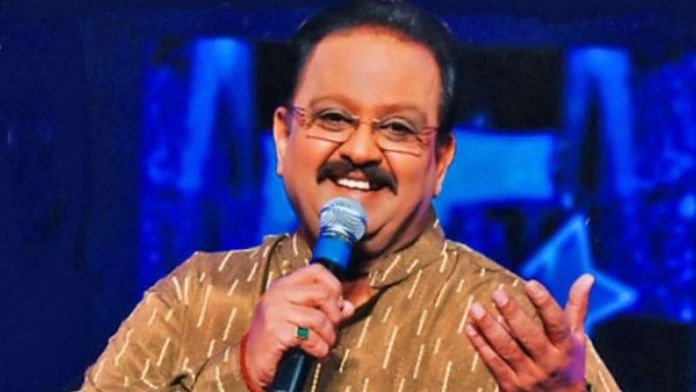 SP Balasubramanyam has passed away on September 25, 2020, at the age of 74. The legendary singer died of COVID-related complications while admitted to a hospital in Chennai. He first tested positive on August 5, 2020, and was admitted to MGM Healthcare in Chennai. He had shown mild symptoms initially, but soon after, the man’s health started to deteriorate. It got worse in the last 24 hours, and SP Balasubramanyam was put on maximum life support.

The loss of the celebrated musician has greatly grieved his fans as well as the rest of the nation. Director Venkat Prabhu was one of the first people to mourn his loss on social media, and everybody agrees that though SP Balasubramanyam might have departed his earthly abode, his soulful songs will keep his legacy alive forever. You can see the tweet below.

Notably, it had earlier been reported that he was responding well to the treatment. Though SP Balasubramanyam was moved to the Intensive Care Unit for some time and needed a ventilator, he tested negative for COVID-19 on September 7, 2020. His death comes after a month-long battle with the disease.

The talented performer has over 1,000 songs in Tamil, Telugu, Kannada, Hindi, and Malayalam films, and has entertained various generations. In 2001, SP Balasubramanyam was awarded the Padma Shri, and in 2011, he was honored with the Padma Bhushan for his contribution to films. These are some of the highest civilian awards bestowed by the Indian government.

SP Balasubramanyam started his journey with ‘Sri Sri Sri Maryada Ramanna,’ a Telegu movie, in 1966. There was no looking back for him as he showered his contributions to songs in different languages. Some of his most memorable works include ‘Mere Rang Mein Rangne Wali,’ ‘Pehla Pehla Pyar Hai,’ ‘Mere Jeevan Saathi,’ and ‘Tere Mere Beech Mein,’ to name a few. Apart from singing, he has also appeared in a few Tamil movies like ‘Keladi Kanmani,’ ‘Sigaram,’ ‘Kadhalan,’ and ‘Priyamaanavale’ showing his flair in front of the camera as well.

Naturally, the singer’s demise has thrown everyone into a state of grief, and condolences have poured in from all quarters. You can see the tweet from the Vice President of India, who’s been shocked by the sudden demise.

Shocked at the tragic demise of the legendary musician Shri S.P. Balasubrahmanyam. He leaves a void in the world of music that is virtually impossible to fill. #SPBalasubrahmanyam pic.twitter.com/JqEsaJoqyD

Popular Bollywood stars like Neil Nitin Mukesh have also offered their thoughts and prayers. You can see some tweets from the industry where SP Balasubramanyam channeled much of his talent and efforts.

My deepest condolences to the entire family. This is really sad news indeed. Have loved all his songs. His voice and style was unparalleled. May you Rest in peace sir !!🙏🏻 #SPBalasubrahmanyam pic.twitter.com/aLyoMPHYuB

It is clear that the entire country is mourning the loss of this great talent. The legendary singer’s absence will be felt in the Indian music scene for a long time to come. Our thoughts and prayers go out to SP Balasubramanyam’s family and loved ones during these trying times.