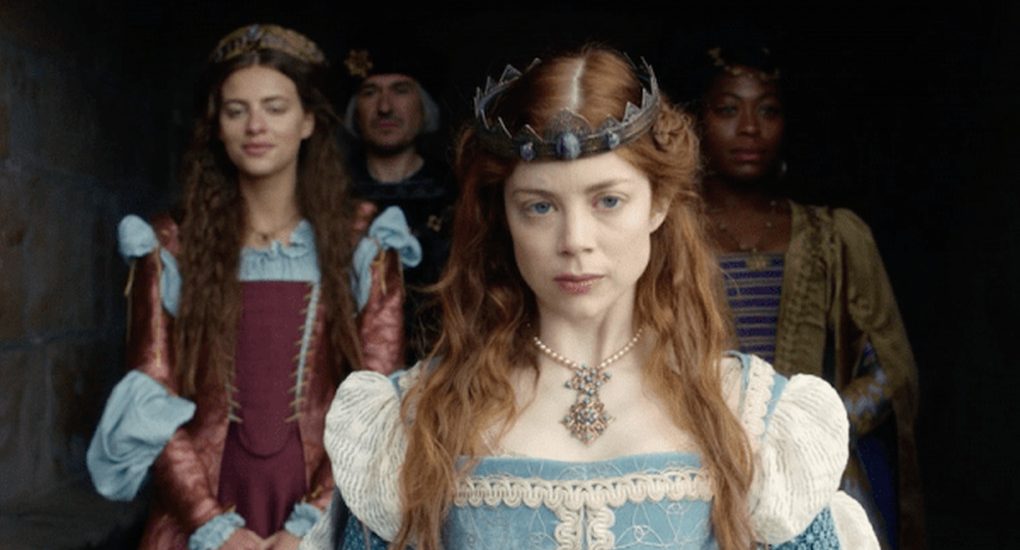 ‘The Spanish Princess’ is a historical drama series that airs on Starz. The show is a sequel to ‘The White Princess’ which released on the same network in 2017. ‘The Spanish Princess’ is produced by All3 Media’s New Pictures and Playground. Emma Frost, Matthew Graham, Colin Callender, Scott Huff, Charlie Pattinson, and Charlie Hampton serve as executive producers of the show. The show first premiered on May 5, 2019.

The story of ‘The Spanish Princess’ centers around Catherine of Aragon, who went on to become the 1st wife of Henry VIII and the queen of Aragon. The show is adapted from two books written by Philippa Gregory- ‘The Constant Princess’ and ‘The King’s Curse’. It is the latest in line of numerous shows which are based on either Henry VIII or any one of his six wives. Other shows include ‘Henry VIII‘, ‘The Tudors’, and ‘Henry VIII and His Six Wives’ among others.

The Spanish Princess Cast: Who is in it?

The lead character of the show, Catherine of Aragon, is played by Charlotte Hope. We famously know her as Myranda, the girl in love with Ramsey Bolton from ‘Game of Thrones‘. Catherine’s father Ferdinand II of Aragon had promised her hand in marriage to Arthur, Prince of Wales when she was only three years of age. However, their marriage did not last long and Arthur passed away five months after their wedding. She later married Arthur’s brother Henry VIII. Henry VIII, also known as Harry before he became is a king, is being plays by Ruairi O’Connor.

Angus Imrie takes on the character of Arthur. The character of Margaret Beaufort is being played by Harriet Walter. Laura Carmichael, famous for her performance in another hit historical drama series ‘Downton Abbey‘, is seen here as Margaret “Maggie” Pole, the Countess of Salisbury. Georgie Henley, who became a household name after the Chronicles of Narnia series, dons the character of Margaret “Meg” Tudor. The English king Henry VII is being portrayed by Elliot Cowan. Other important members of the cast include Alexandra Moen (Elizabeth of York), Philip Cumbus (Thomas Wolsey), Alicia Borrachero  (Queen Isabella), and Richard Pepper (Thomas Boleyn, Earl of Wiltshire) among others.

The Spanish Princess Plot: What is it about?

‘The Spanish Princess’ is the third part in a series of shows that chronicles the history of Tudor England. Interestingly, all of these shows are from the perspective of the queens. The first one is called ‘The White Queen’ and is based on the life of Elizabeth Woodville, consort to King Edward IV. The second series, ‘The White Princess’ is based on  Elizabeth “Lizzie” of York’s life who was the Queen of England and wife of Henry VII.

‘The Spanish Princess’ follows the life of Catherine of Aragon. She was set to marry Arthur since she was merely three years old and has grown up with the belief that she is destined to become the Queen of England. We see her as she finally marries into the English royal family and starts developing a relationship with Arthur. However, after Arthur’s premature death, Catherine knows that her fate can be in jeopardy. Thus, she decides that to keep herself the Queen, she has to take a drastic step. She declares that since she is still a virgin as her marriage with Arthur was never consummated, and thus she can marry Arthur’s brother Harry who is set to be the new king after the untimely death of his brother.

As is popularly known, Harry is crowned king, marries Catherine and takes the name Henry VIII. However, Catherine’s life does not end rosily, because Henry grows tired of her after she fails to deliver him with a male heir. Henry goes against the Church of England’s advice to invalidate their marriage and declares himself as the religious leader of England. Then he proceeds to sever his ties with Catherine and marry Anne Boleyn.

Here’s the official synopsis of the show: “Catherine of Aragon, the beautiful teenaged princess of Spain who was promised the English throne since she was a child. She arrives in a grey, rain-lashed England with her glorious and diverse court, including her lady-in-waiting Lina, a Sub-Saharan African. She becomes Princess of Wales, but when her husband Prince Arthur dies suddenly, the throne seems lost to Catherine. However, she claims her marriage was never consummated and that therefore as a virgin she may set her sights on the new heir, the charismatic and headstrong Prince Harry who will one day rule as King Henry VIII.”

The Spanish Princess Season 2 Release Date: When will it premiere?

‘The Spanish Princess’ season 1 premiered on May 5, 2019 on Starz in the US. Viewers in the United Kingdom can watch the show on Amazon Prime. In recent years, shows on British royal history have been quite popular, and ‘The Spanish Princess’ seems to be a glorious addition to the legacy. The two shows which are its predecessors, ‘The White Queen’ and ‘The White Princess‘ received much critical acclaim, and thus we can be hopeful about this show as well.

On June 3, 2019, Starz ordered additional eight-episodes to conclude the story of Catherine of Aragon. Which clearly means that the show will not be renewed for another season. As far as the release date of Part 2 of season 1 is concerned, our best guess is that it will come out in 2019 itself. We will update this section as soon as we have an official confirmation.

Is there a chance the network might come up with the story of another queen? Probably not! But never say never in the world of television. We shall update this section as soon as we get more information regarding the same.

Starz did release a trailer for Season 1 of ‘The Spanish Princess’. You can check it out below.