Where to Stream Spider-Man: Far From Home? 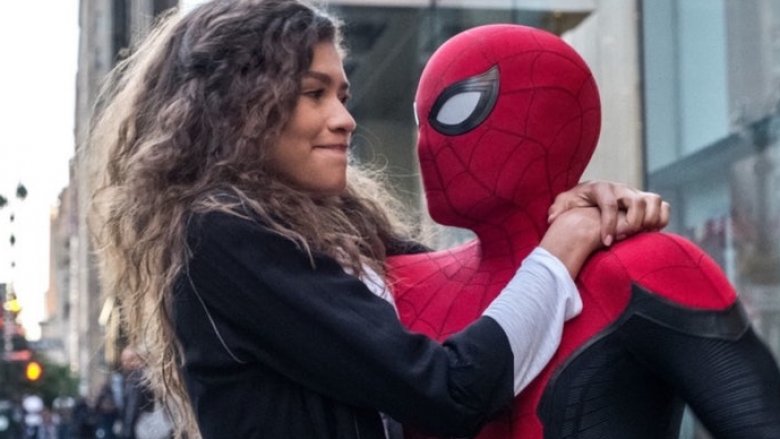 The Marvel Cinematic Universe is ever-expanding, with ‘Spider-Man: Far From Home’ being twenty-third film in the MCU line of superhero films. This movie is significant due to a lot of reasons. Firstly, it kicks off a new phase within the MCU, while the old one came to an end with ‘Avengers: Endgame’, secondly, it is the first Marvel movie after Thanos’ actions have been undone, so we see how the world is still recuperating from what they have termed, ‘the blip’, and thirdly, it is the first Marvel movie after [SPOILER ALERT] Tony Stark or Iron Man’s death, and we see how it affects Peter Parker, or Spider-Man, who considered Tony a father figure and a mentor.

‘Spider-Man: Far From Home’ is the second Spidey movie after ‘Spider-Man: Homecoming’, but so much has happened in the meanwhile within the MCU that we see a very different Peter Parker in this film. Peter has to face the option to step into Stark’s shoes and be the hero the world needs. At the same time, all he wants is to lead the life of a normal high-schooler and maybe kindle a romance with MJ on his school trip to Europe. Considering the somber tone of the last Marvel movie, it is refreshing to see ‘Spider-Man: Far From Home’ bring back the playfulness that have made Marvel’s superhero movies a resounding success.

The tone may be playful, but the threats are not, as Spider-Man finds himself drawn into a battle involving Elementals, or monsters made of the four elements, earth, wind, water, and fire, and Nick Fury recruits him to fight the battle alongside a surprising ally – Mysterio. Now, if you have read the comics, you will know that Mysterio is a Spider-Man villain, so what is his role in the movie, and how are the Elementals related to it?

To find out, you have to watch ‘Spider-Man: Far From Home‘, but before we tell you where to watch it, let us quickly take you through the plot.

What is Spider-Man: Far From Home About?

The story of ‘Spider-Man: Far From Home’ begins in Ixtenco, Mexico, where we see Nick Fury and Agent Maria Hill of SHIELD responding to reports of an unnatural storm and meeting the Earth Elemental. Quentin Beck or Mysterio shows up just in time to save the day. The story soon shifts to New York and Peter Parker’s school, where we see the students adjusting to ‘the blip’, while Parker makes a plan to keep his web swinging to a minimum and instead confess his feelings to MJ during their Europe trip. We also see how Stark’s death looms over this movie as Spider-Man is overwhelmed by questions about Iron Man, at a fundraiser for the homeless that Aunt May conducts. Happy, who works for Stark Industries, contacts Parker and tells him that Fury will get in touch with him, but Parker ghosts Fury.

The trip to Europe begins and despite not wanting to carry the Spider-Man suit, Aunt May packs it in. With the trip underway, there is some light-hearted fun, but things take a serious turn in Venice when the Water Elemental strikes. Mysterio stops it again, with a little help from Parker. Fury intervenes in person, but when Parker opts to be with his school friends rather than save the world, the master spy manipulates the trip and sends the class to Prague, where the Fire Elemental is supposed to attack. In the meanwhile, Parker also gets a Stark’s glasses, meant for his successor. It is equipped with an AI called E.D.I.T.H., which can access all of Stark’s tech and weapons. Once the Fire Elemental is defeated, Parker decides that Beck is better suited to be Stark’s successor and hands him the glasses.

This turns out to be the biggest mistake as Beck or Mysterio is actually a holographic illusions specialist, who used to work for Stark Industries and was fired for his mental instability. He seems to be leading a team of disgruntled ex-employees, who have fabricated the attack of the Elementals, so Beck can masquerade as a hero. Parker stumbles on this plot when MJ discovers his identity as Spider-Man, and they activate one of Beck’s projectors which shows the Air Elemental. Realizing his mistake, Spider-Man rushes to Berlin to warn Fury that Beck is an imposter. However, Beck stops Spider-Man in a visually exciting situation where he calls up various illusions, tricking Spidey and playing with his fears. Beck also poses as Fury and extracts information about who knows about the projector. He then allows Spider-Man to be hit by a train. Though severely injured, Spidey manages to survive but finds himself in a lockup in the Netherlands. Managing to break out, he contacts Happy and realizes that the last part of Mysterio’s plan will take place in London.

Mysterio, meanwhile, prepares for his biggest illusion, a fusion of all the Elementals, that he will stop. However, he plays a devious game, planning to use this attack to kill all the people who know he is a fraud. Spidey suits up in a customized costume using tech that Stark left behind for him. A tremendous fight ensues across London, and Beck is finally supposedly killed when his own drone misfires at him. Having saved the day, Parker finally starts a relationship with MJ and the movie ends, leaving us thinking about how gullible we are in a world of post-truth, where anything can be made believable to us.

There are two exciting scenes, one mid-credit, and one post-credit. We will not ruin the last scene for you, and let it remain a mystery, but the mid-credit scene sees J. Jonah Jameson of ‘TheDailyBugle.net’ blaming Spider-Man for the attack of the Elementals, and showing Mysterio’s doctored footage that reveals Spidey’s identity.

Excited to watch the movie? Good! Let us tell you where you can catch ‘Spider-Man: Far From Home’.

Is Spider-Man: Far From Home on Netflix?

Netflix has a fantastic stock of Marvel films in their library, but unfortunately ‘Spider-Man: Far From Home’ is not among them. There have been reports that ‘Captain Marvel‘ will be the last movie to be added to Netflix before all the Marvel content shifts base to Disney+, the streaming service by Disney, slated to launch later this year. However, that is no reason to feel sad. You can check out Spider-Man in action on Netflix, in ‘Avengers: Infinity War‘.

Is Spider-Man: Far From Home on Hulu?

Hulu might not have a library as extensive as Netflix’s but it is quickly growing and making smart additions, to become a force to be reckoned with. Although ‘Spider-Man: Far From Home’ is not available on this platform yet, you can check out a movie about Spider-Man’s mentor, Iron-Man. Watch ‘Iron Man 2‘ to understand the struggle Tony himself went through as a superhero, before choosing Spidey to be his mentee.

Is Spider-Man: Far From Home on Amazon Prime?

Amazon Prime probably has a library that can only be rivaled by Netflix’s. However, ‘Spider-Man: Far From Home’ has not arrived on this streaming platform either. There is no reason to fret as the platform still has a lot of content that you can check out at your own pleasure. However, Amazon Prime has never had a lot of superhero stuff, so it is unsurprising that the movie has not been added to their library yet.

Where Can I Watch Spider-Man: Far From Home Online?

If you do not have a subscription to these major content providers, you might have to wait a while before you stream ‘Spider-Man: Far From Home’. The movie is not available for online streaming. However, if we could interest you in ‘Spider-Man: Homecoming‘ in the meanwhile, you could stream that on Starz.

When will Spider-Man: Far From Home be Available on DVD and BluRay?

Can I Watch Spider-Man: Far From Home Online For Free?

Since ‘Spider-Man: Far From Home’ is still running in theaters, and has not arrived on any streaming platforms yet, there is no legal way for you to watch the movie online for free. If you still have not watched the movie, there is time. Head over to the nearest theater and catch the film?

Where To Stream ‘Dolittle’?

Where To Stream ‘Judy’?