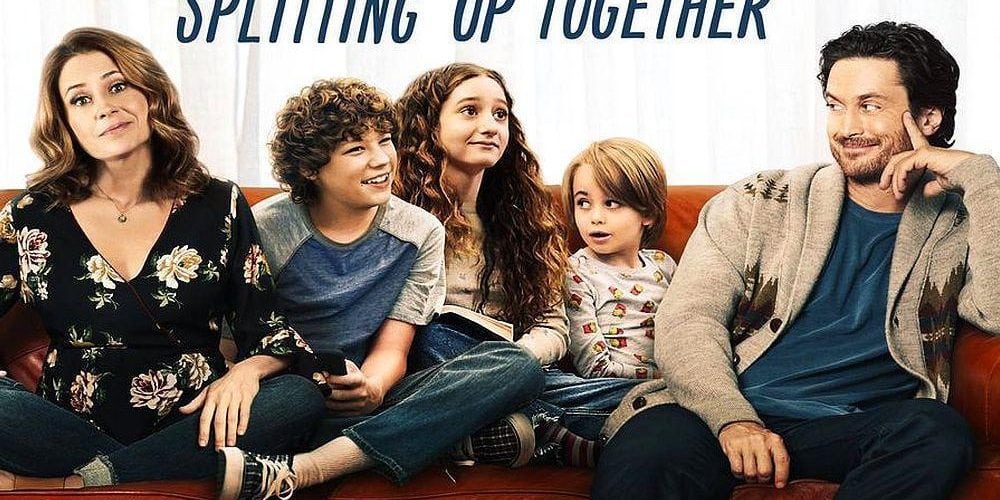 ‘Splitting Up Together’ is an American comedy television series that airs on the ABC network. Developed by Emily Kapnek and with Ellen DeGeneres as an executive producer, the show, as its name suggests, chronicles what befalls a couple after their divorce reignites their marriage and helps them become better parents and partners.

For those unaware, ‘Splitting Up Together’ is a relatively new show, and it first premiered on ABC on March 27, 2018. Despite Season 1 getting poor feedback from television critics, ABC went ahead and renewed the show for its second season on May 11, 2018. A few months later, Season 2 premiered on October 16, 2018. But what about the third season? Here’s everything we know about it.

Splitting Up Together Cast: Who is in it?

The show primarily revolves around one family of five that consists of three children and their parents.

Jenna Fischer plays the role of wife and mother Lena, while Oliver Hudson plays the role husband and father Martin. Meanwhile, Bobby Lee, Diane Farr, and Lindsay Price play the roles of the three children, Arthur, Maya, and Camille respectively. Other cast members who also get significant screen time include Olivia Keville as Mae, Van Crosby as Mason, and Sander Thomas as Milo. All the aforementioned characters are expected to make a comeback if ‘Splitting Up Together’ gets renewed for another season.

Splitting Up Together Plot: What is it about?

While there exist numerous shows on the downsides of divorce, ‘Splitting Up Together’ sets itself apart from other shows on divorce by delving into the hitherto unexplored redemptive potential of splitting up.

Every week, one of the two parents get to live in their house, take care of the three children, and manage the affairs of the household. Meanwhile, the other parent gets to live a carefree life as a single parent who is free to date, but has to live in the garage of the house. At the end of every week, the parents then change their roles, thereby alternately enjoying both responsibilities and family time, as well as freedom.

While this arrangement is intended to help Lena and Martin live together as they work their way through their divorce, it ends up having the opposite effect. With each week, both Lena and Martin learn a little more about themselves and what they are lacking as a person and as a parent. As these realizations pile up over time, Lena and Martin start getting insights into the reasons behind their failed marriage, and they start mending their own ways. This, in turn, leads to them becoming better parents and romantic partners – as time goes on, each becomes more alluring to the other, and their complete separation seems more and more unlikely.

Despite adopting this new, constructive approach towards a show based on divorce, ‘Splitting Up Together’ failed to make an impression on critics. Season 1 of the show received a poor score of 38% on Rotten Tomatoes, and critics called it out for its mediocre execution and adherence to genre tropes. Viewers, however, seem to have enjoyed the show more than critics have, and it enjoys a decent overall rating of 7/10 on IMDb.

Splitting up together Season 3 Release Date: Renewed or Cancelled?

‘Splitting Up Together’ season 2 premiered on October 16, 2018, and the 18-episode season ended its run on April 9, 2019. As far as the next season goes, we have bad news for the fans. On May 9, 2019, ABC announced the cancellation of the show. Meanwhile, as of now, no announcements have been made regarding the show’s future. The lifespan of TV shows are typically dependent on their viewership and ratings, and unfortunately for ‘Splitting Up Together’, it has fared poorly in both, especially in Season 2. Considering the declining viewership of the show, it was expected that ABC may not continue for another season. Though, fans should not lose all their hopes. There’s still a possibility that some other network picks up the show. If that happens, we will update you about ‘Splitting Up Together’ season 3 release date.

Splitting Up Together Trailer:

While we wait for any positive news on ‘Splitting Up Together’ season 3, check out the season 2 trailer to refresh your memories. If you haven’t seen the show yet head over to ABC to catch all the episodes of the previous seasons.