Where to Stream SpongeBob SquarePants? 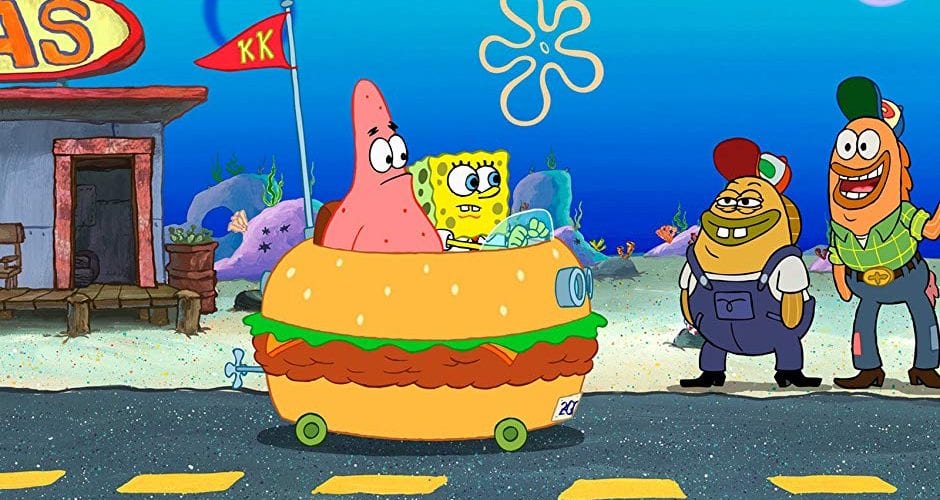 ‘SpongeBob SquarePants’ is an American animated comedy series created by Stephen Hillenburg, an animator and marine science educator. Made for Nickelodeon, this show has become immensely popular, leading to a media franchise. The premise of the show is based on the adventures and mishaps of the titular character and his aquatic friends who happen to live in Bikini Bottom, the fictional underwater city. Many of the ideas seen in the show come from ‘The Intertidal Zone’, an educational comic book created by Hillenburg in 1989. Upon release, ‘SpongeBob SquarePants’ has gone on to inspire several movies as part of the franchise, and has also won quite a large number of awards. It is the fifth-longest-running American animated series.

In fact, a spin-off series titled ‘Kamp Koral’ is under development as of August 2019. Moreover, the influence the show has on many people is evident from the fact that a newly described type of fungus was named Spongiforma squarepantsii, after the titular cartoon character, in 2011. Fun and impactful, ‘SpongeBob SquarePants’ is not a show you want to miss out on. Thus, let us tell you where you can stream it, but first, let us walk you through the show’s plot.

What is SpongeBob SquarePants About?

‘SpongeBob SquarePants’ mainly takes place in Bikini Bottom, as mentioned, which is a fictional city located in the Pacific Ocean under the real-life coral reef known as Bikini Atoll. The citizens are mostly multicolored fish living in buildings made of ship funnels. Transportation is via ‘boatmobiles’, an amalgamation of cars and boats. Some of the locations in the series have become popularized as they recur frequently, including SpongeBob, Patrick and Squidward’s houses, the Krusty Krab and Chum Bucket, two competing restaurants. Other places we get to see and love include a brine pool, which serves as a beach hangout, Mrs. Puff’s Boating School, the Treedome, where Sandy lives, Shady Shoals Rest Home, and Jellyfish Fields, a seagrass meadow.

Coming to the characters, whose adventures drive the plot of the show forward, we have SpongeBob, an energetic and optimistic sea sponge, who looks very similar to a rectangular kitchen sponge. He lives in a pineapple under the sea with his pet snail Gary. SpongeBob is known for showing a striking vitality and enthusiasm towards life. He works as a fry cook at the Krusty Krab and his ambition is to obtain a license to drive around in a boatmobile. However, SpongeBob is seen spending most of his time with his friends and catching jellyfish in a manner similar to catching butterflies.

SpongeBob’s best friend Patrick Star lives two houses away from him. He is a dim-witted but friendly starfish, who sees himself as intelligent. Meanwhile, SpongeBob’s next-door neighbor, Squidward Tentacles, is his co-worker at the Krusty Krab and is an ill-tempered and arrogant octopus. Squidward is miserable as he hates his job as a cashier and dislikes living between SpongeBob and Patrick since the two are very childish. Coming to SpongeBob’s workplace, we have Mr. Krabs, the owner of the fine Krusty Krab establishment. The red crab is miserly and talks like a sailor, running his restaurant like a pirate ship. One of SpongeBob’s weirder friends includes Sandy Cheeks, an athletic squirrel from Texas. So what’s a squirrel doing in the Pacific Ocean? Well, Sandy is a scientist and karate expert, who wears an air-filled diving suit and lives in an airtight glass dome which contains an oak tree.

Most of the episodes on SpongeBob revolve around the adventures of the titular character and Patrick, with reprimands from Squidward. We also see how Chum Bucket is constantly trying to run Krusty Krab out of business by stealing Mr. Krabs’ secret recipe for the Krabby Patty burgers. However, their plans fail all the time leading to a good source of humor. SpongeBob’s ambition to drive a boatmobile also has its share of obstacles since he seems to know all the questions to the oral exams, but panics and crashes when he has to drive a real boatmobile. His instructor is a patient blowfish whose size increases when SpongeBob’s antics frighten her. Overall ‘SpongeBob SquarePants’ remains a critically acclaimed show that can still appeal to various age groups since it offers something for everyone to take away from the show. Now, without further ado, let us tell you where you can watch the show.

Is SpongeBob SquarePants on Netflix?

Netflix has an amazing collection of movies and television shows that sets it apart as a premier content provider. While ‘SpongeBob SquarePants’ is not on the platform, you can check out ‘Madagascar: Escape 2 Africa‘. It is an equally enthralling animated offering about the friendship between animals and the adventures they get into together.

Is SpongeBob SquarePants on Hulu?

Hulu has a fantastic collection of movies and television shows that the platform keeps making smart additions to, in order to cater to the diverse tastes of the viewers and to stay ahead of the competition. While ‘SpongeBob SquarePants’ is not on the platform, you can check out ‘Shrek‘, which is a wonderful story of friendship and adventures, accentuated by top-notch animation and performances.

Is SpongeBob SquarePants on Amazon Prime?

Amazon Prime has an enviable collection of movies and television shows that can perhaps only be bested by Netflix. However, the platform has beaten its competitors in this case. Prime subscribers can stream and watch ‘SpongeBob SquarePants’. Check it out here.

Where Can I Stream SpongeBob SquarePants Online?

Can I Stream SpongeBob SquarePants Online For Free?

Freeloaders are definitely in luck since they can use the free trial periods offered by Fubo TV or Amazon Prime to stream and watch ‘SpongeBob SquarePants’. However, since there are quite a few seasons, some heavy bingeing is required to finish watching before the trial period ends. We also urge readers to pay for the art they consume.