Sports Story: Everything We Know 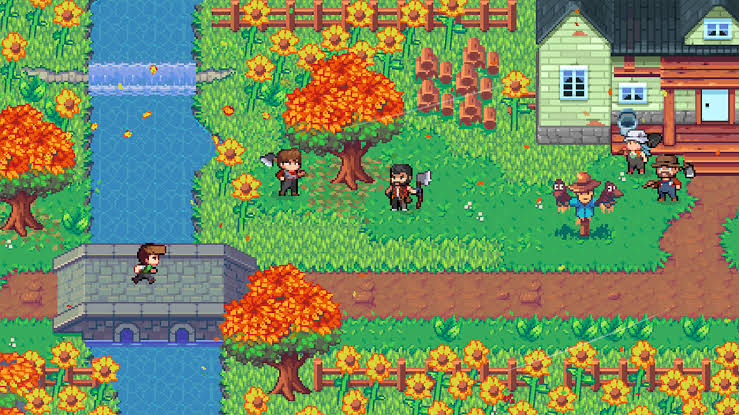 Generally speaking, sports games are fairly straightforward experiences. They are bound by the rules and regulations of the sport they seek to simulate and there’s not much in the way of narratives and progression besides simple unlocks (beyond a few heavyweights like ‘FIFA‘, which have started including short story mode campaigns in the newer installments).

However, 2017’s Nintendo Switch exclusive ‘Golf Story’ deviated from the conventional formula, marrying RPG (Role Playing Game) like progression and character mechanics, with sports gameplay, as well as an overarching narrative to tie everything together. The game pleasantly surprised many long-time sports games’ fans but was held back by its limited focus and the somewhat restrictive nature of its golf devoted gameplay.

However, developer Sidebar Games is returning for a sequel to the 2017 game, this time with a much larger scope and a multitude of other sports including soccer, cricket, baseball, tennis and a whole lot more. Read on to find out everything we know about the upcoming game ‘Sports Story’.

Sports Story Gameplay: What to Expect?

The first game in the series titled ‘Golf Story’ came out in 2017 and sought to employ a not so traditional approach to a typically straightforward genre. As the name would suggest, the game is certainly about playing golf but it is also about a whole lot more. You play as a misfortune riddled golfer on a quest to reclaim his love of the game, his father passed down to him decades ago. What stands out immediately is the game’s focus on classic RPG gameplay, with eight unique areas to explore, side quests, mini-games, progression systems and numerous NPCs (Non-Playable Characters) to interact with.

The upcoming sequel ‘Sports Story’ seems like a natural progression of the formula established in the first game. While ‘Golf Story’ was a revelation for fans of golfing games and RPGs, it becomes a far less dazzling experience if you aren’t particularly into golf. ‘Sports Story’ expands the roster of playable sports to include tennis, fishing, football, volleyball, cricket and more. Each sport will feature its own set of mechanics as well as tournaments.

The webpage for the game describes it as follows:
“Sports story is a game about sports, but not always. Various non-sporting pursuits provide variety. Alternate activities like dungeon exploration, stealthy infiltrations and fishing expeditions mean something unexpected waits around every corner. Sometimes it is even sports.”

What is retained from the ‘Golf Story’ are the rich RPG elements, exploration, NPC interaction, and progression system. You start out by creating your own custom character (male or female) and a lot of your time with the game will be spent dungeon crawling, where combat takes the form of a face-off against the opponent. There are also numerous mini-games, hunting for buried treasure, and side quests to partake in, during your time at a renowned tennis academy.

However, ‘Sports Story’ will go even further in its quest to freshen up the sports game genre. Not only will the game feature several unique sports, but it will also feature quirky mash-ups of said sports. The trailer for the game showcases an NPC scooping a golf ball over a tennis net, and another character smashing it inside a soccer goal with a racket. This, along with the mention of a tournament known as the “Decasportathon” suggests that ‘Sports Story’ could combine several sports into an all-new blended experience.

‘Sports Story’ will also feature multiplayer support for up to four players, which is a fantastic addition to any sports game as far as I am concerned. Just like ‘Golf Story’, ‘Sports Story’ features a gorgeous 2D 16-bit pixel aesthetic.

Sports Story Developers: Who Are the People Behind the Game?

Sports Story Release Date: When and Where Can I Play It?

‘Sports Story’ is set to be released on an as-yet-unspecified date sometime in mid-2020. Like its predecessor, ‘Sports Story’ will be exclusive to the Nintendo Switch. Given the fact that ‘Golf Story’ was a Switch exclusive as well, I wouldn’t hold out much hope for a PlayStation 4, Xbox One or PC release.

You can watch the announcement trailer for ‘Sports Story’ right here.