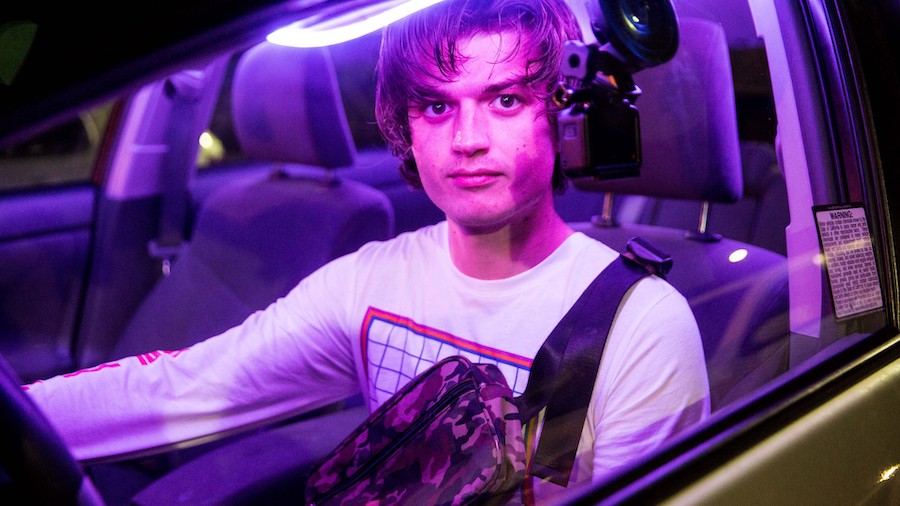 In a world dominated by social media, a person’s worth is decided by how many followers they have and how many likes they get in their posts. The effect of social media has also given rise to a new breed of businesspeople called influencers. ‘Spree’ explores the idea of living in such a world and how important the numbers on their social media pages are important to people now. It plays out like a dark satire, commenting on the obsession that people tend to, while constantly pining for a greater number of followers. Above all, it questions the limits of the people, asking them how far they would go to secure such fame for themselves.

As we follow the protagonist of the film, we witness some appalling situations which make us question the sanity of the character as well as our own dependence on social media. The ending only adds to the fodder for thought. If you haven’t seen the film yet, come back to this article later. You can find all the places where to watch ‘Spree’ here. SPOILERS AHEAD

Told entirely through YouTube videos and Instagram feeds, ‘Spree’ follows the story of a young man named Kurt Kunkle. The only thing that Kurt wants is to become a successful influencer. He has tried every trick in the book to achieve his dreams. But while others enjoy hundreds of thousands of followers, Kurt can’t even get the number up to two-digits. Eventually, an ingenious idea hits him. If his trick doesn’t work this time, Kurt knows that nothing else will ever get him what he wants.

His work as a driver for Spree, a rideshare app, allows him a singular opportunity. He preps his car with cameras mounted in a way to give a complete view of the inside of the vehicle to his audience. Then, he starts a live stream where he picks up passengers, poisons them through some spiked water, and then kills them. All of it happens in front of the camera. As the day passes by, the kills get more inventive, and Kurt becomes all the more anxious to get a broader audience. 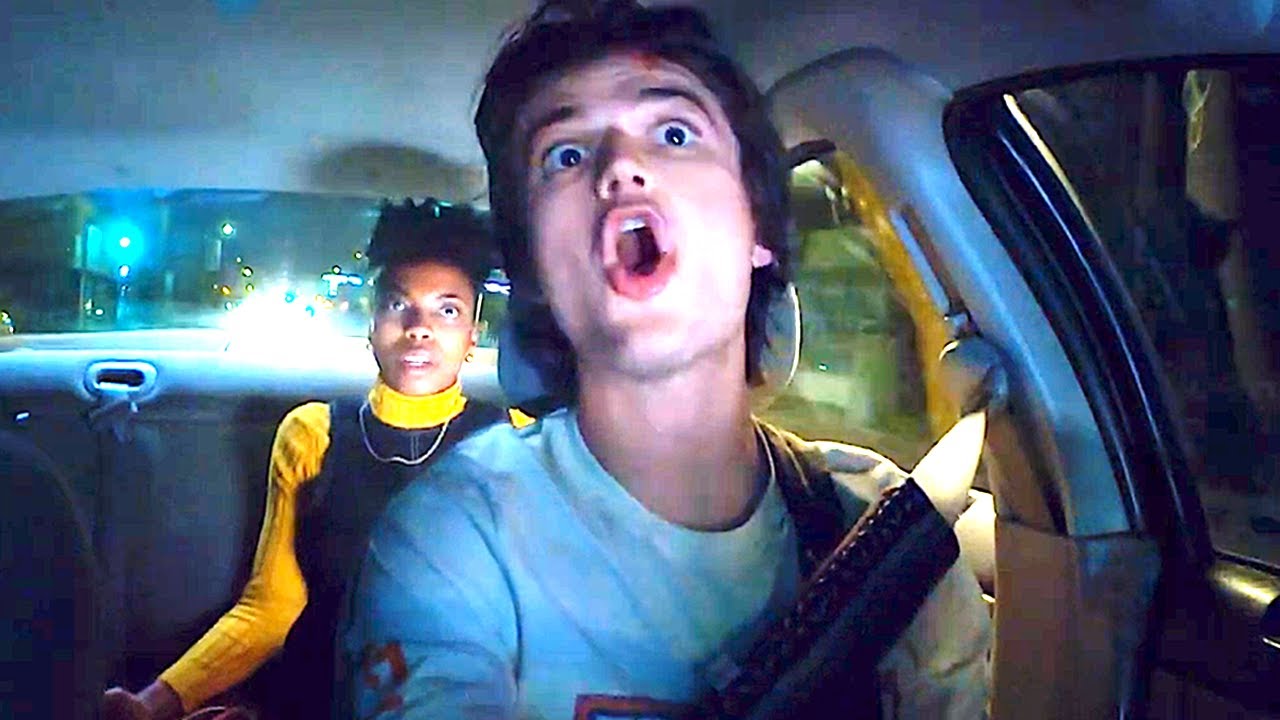 Despite all the killings and the carnage, Kurt manages to stay out of the attention of law enforcement. Most of the people watching him live believe that the whole thing is an act. However, things get serious after DJ uNo gets into Kurt’s car. They stop to get some tacos and while Kurt is away, uNo drinks water from one of his spiked bottles. A couple of cops become suspicious of Kurt while he tries to get out of there.

In the midst of this, uNo wakes up and, in a panicked state, shoots one of the cops. The other cop chases after her and Kurt uses the opportunity to escape. He is chased down the highway and gets into an accident. Though it looks fatal, he survives it and makes his way to Jessie’s stand-up act. There, he discovers that Jessie has created her act on how sad and pathetic he was, trying to get followers through her, and she smashes her phone at the end, declaring that she is going off social media.

Meanwhile, the Spree ride service is shut down as the cops continue to look for Kurt. He orders a GoGo and takes over the car after killing the cabbie. Jessie, too, orders a GoGo and realizes only much later that her driver is Kurt. He reminds her of their previous interaction in the morning and offers to collaborate with her, saying that he is all about love now. Jessie is alarmed by his actions and she tries to strangle him with a phone charger, which leads the car to crash. Kurt hits Jessie and she falls unconscious. He takes her to his home and asks his followers, who have grown exponentially, if he should kill her.

Jessie wakes up just in time and finds a way to take over the car from Kurt, but crashes it into his house. Inside, Kurt’s father, Kris, confronts her, and it is revealed that before Kurt embarked on his journey for the day, he had killed his mother. Before Kris can understand what’s happening, Kurt shoots him dead. Jessie slips into the car and when she is unable to get out of the house, she drives inside, pinning Kurt to the wall and eventually killing him. 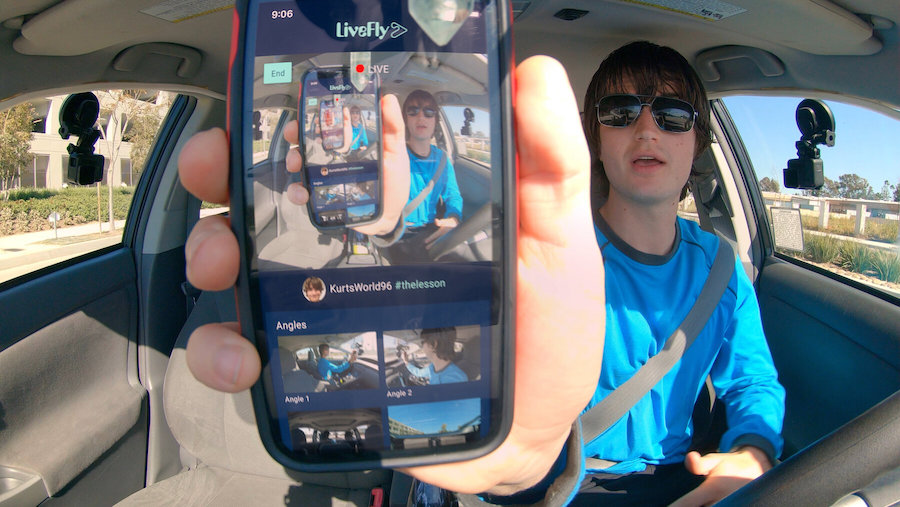 After surviving the shocking experience, Jessie takes a selfie with Kurt, on the request of his followers. It is revealed that her career trajectory shot up from there and now she is a very big name in Hollywood. Meanwhile, Kurt’s crimes become public and while a lot of people are horrified at what he’d done, in a small corner of the Internet, he is hailed as a celebrity that he always wanted to be.

In one of the comments, we find someone wondering if they can be the “next Kurt Kunkle”. The popularity that Kurt had always coveted is presented through a small community in subreddits and Tumblr accounts. The extent of his fame is completely uncovered when it is revealed that the film we had been watching was actually a compilation made by one of Kurt’s fans. Someone had dug into his previous videos, focusing on his journey from a nobody with single-digit followers to an Internet celebrity who cracked the code of becoming famous. This also makes sense as to why every frame of the film is some kind of feed on the Internet. It is either an Instagram live stream or some video from Kurt’s YouTube video channel.

So, does Kurt become famous, a huge influencer that he always wanted to be? Yes. He gets exactly what he wanted and in doing so, he also paves the way for other people, who desperate to get the number of their followers up, to try something like this, no matter how abhorrent or ghastly it might be, if they want to get noticed in this world. He leaves behind a bloody legacy for his followers to pick up on.