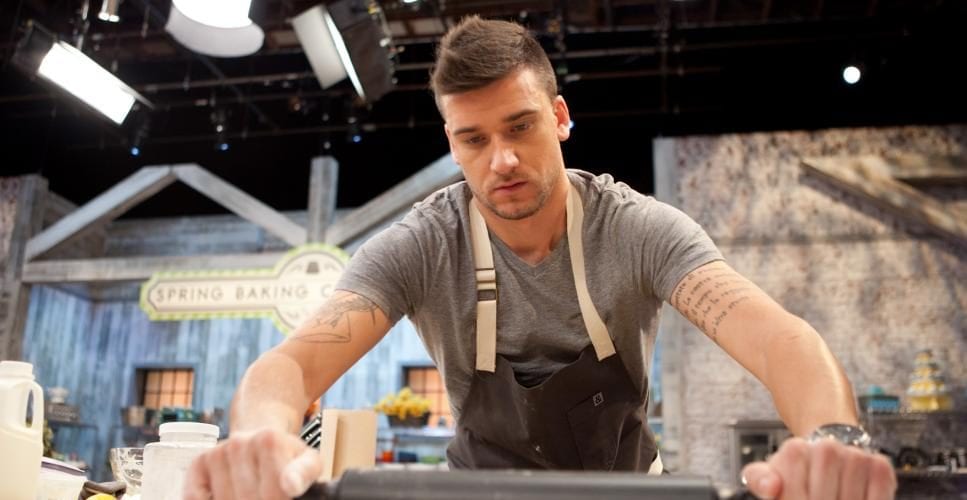 Although shows like Gordon Ramsay’s Kitchen Nightmares on Channel 4 and Hell’s Kitchen on ITV1 dominated the culinary reality TV scene in the last decade, an emergent trend is perceptible since 2010 which marks a shift of preference from complicated professional dishes and more heavy-handed gourmet cooking towards bakeries, cakes, and other confections. Much of it can be accounted for as an attempt to make the genre more casual rather than the cutthroat competitive reality TV, but a larger reason is that confections mesh really well into this decade’s social media culture. Cakes and desserts that excel on the looks department are immediately more compatible with Instagram stories than main course meals.

The show was originally hosted by Bobby Deen, the eminent chef featured in the cover of the show and all its sister Baking Championship shows. However, Bobby left since the second season, and NFL Star Jesse Palmer took his place for two seasons until Ali Khan was chosen last season. Ali Khan is the author of the famous blog Bang for Your Burger Buck and ran the Cooking Channel original travelogue series Cheap Eats where he was faced with the task to find the best deal for two meals and a snack a day for only 35 USD budget.

Ali Khan is perfect for the show as it fits his background and interests very well. His presentation and insight also compliment the show very well, and he does not have a hefty TV anchoring schedule like many other chef-background hosts. So all things considered, it is very likely that we will see Ali host the fifth season as well. Other than this, it can be predicted that the judges Nancy Fuller, Lorraine Pascale, and Duff Goldman will retain their seats as well because they have been judges for all the sister shows as well. Note, however, that this is all still speculation. We will have to wait for a full cast preview from Food Network for a confirmation of the above.

Spring Baking Championship Plot: What is it about?

Each season of the show starts with eight contestants who are professional bakers and follows a standard elimination system based on two rounds each episode – the Preliminary Heat and the Main Heat. We will likewise see the same pattern in the next season, with eight new contestants, and of course, numerous new delish desserts!

Spring Baking Championship Season 5 Release Date: When will it premiere?

Because of its authentic structure and great presentation, Spring Baking Championship has been very successful, garnering positive reception throughout all its seasons. The debut season in 2015 amassed the highest viewership among all shows on Channel 4.

Spring Baking Championship Season 4 premiered in March, 2018. Soon after, renewal of the show was confirmed. Season 5 of the show will finally release on March 18, 2019.

Because the show generally doesn’t release a trailer, here’s one of the episodes from fourth season.