Directed by Egor Abramenko, ‘Sputnik’ masterfully blends horror and science fiction, often reminding you of genre classics like John Carpenter’s ‘The Thing’ and Ridley Scott’s ‘Alien.’ Apart from having well-written characters, notable performances, and a high-concept plot, ‘Sputnik’ also makes good use of CGI to effectively instill its monster horror. With that said, if you’ve watched the film and you’re looking for a detailed explanation for it, we have you covered.

A Russian cosmonauts duo on a space mission in 1983 come crashing down on Earth with only one survivor. The survivor is taken to a secret Soviet facility where researchers discover that he brought back an unknown alien creature, resting inside him like a parasite. Under the supervision of Colonel Semiradov, a female scientist, Tatiana, uses her unorthodox methods to determine what’s going on with the survivor. While the extraterritorial being starts developing a strong symbiotic relationship with its human host, Tatiana slowly unravels the mysteries behind the Colonel’s sinister motives. 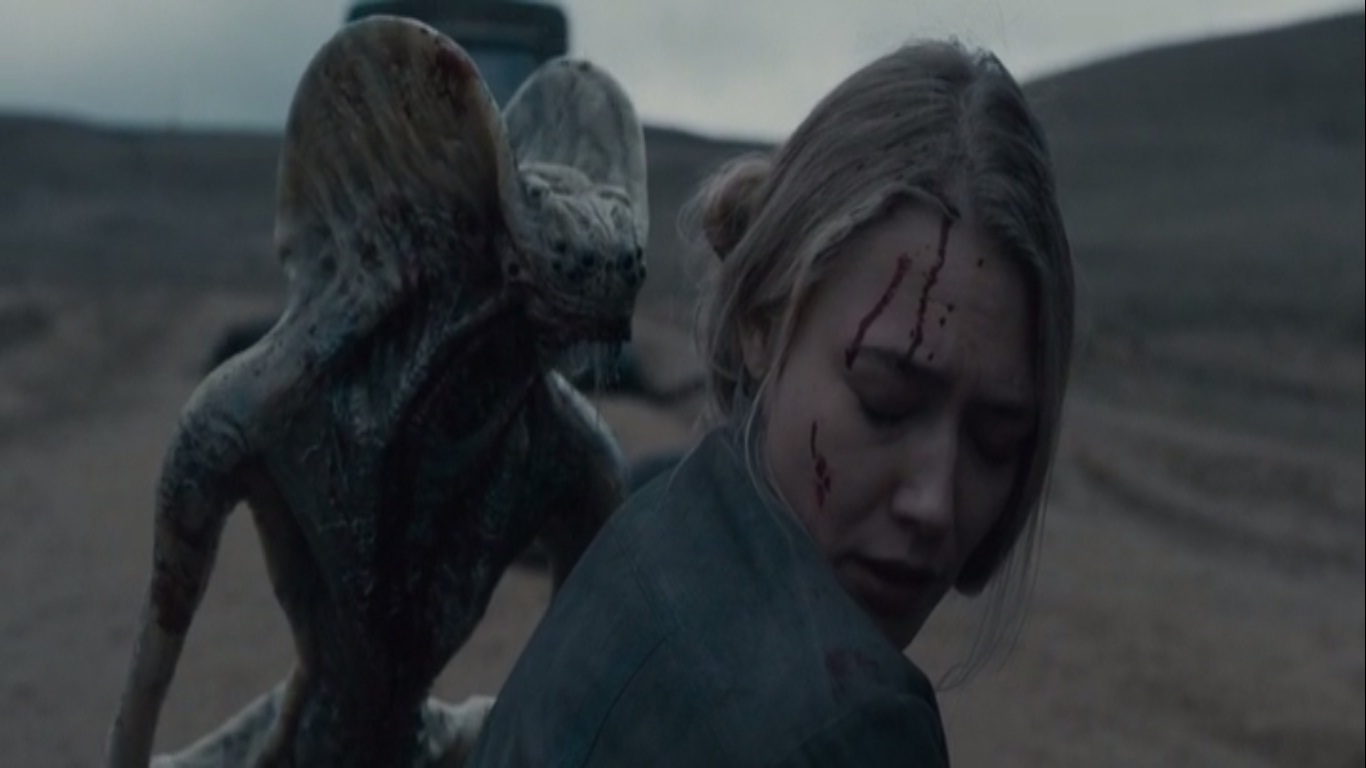 For starters, we’ll talk about the physical traits of the alien to determine the kind of planet/environment it comes from. We’ll then dig deeper into its symbiotic characteristics to understand its evolutionary relationship with its host, Veshnyakov. In appearance, the alien has visible arms and feet, which suggest that it’s not an aquatic creature and probably not even an amphibian as it shows no dependence on water. But considering how it glides on the ground instead of walking on two feet, it seems likely that it is more similar to arboreal species (species living on trees) than humans. Even the mobility with which it moves, leaps, and attacks suggest that it comes from a planet where it lived on tall structures like trees. Now looking at its hunting instinct and the ease with which it attacks its victims, one might even call it an Apex Predator. But since it heavily relies on its host, we can dismiss that possibility. Contrarily, its evolution throughout the film, suggests that it could be in the process of evolving into an alpha predator.

Veshnyakov and the alien seem to have an obligate symbiotic relationship as the two heavily depend on each other. While the alien uses Veshnyakov’s body as a suit to adapt and protect itself from the outer environment, Veshnyakov deteriorates when the alien leaves his body. However, it seems like the symbiote is more dependent on Veshnyakov than he depends on it. By living inside his body, the creature increases his regeneration and helps him recover from the crash in a matter of days. However, other than that, it does not benefit Veshnyakov in any way. On the other hand, the alien heavily depends on Veshnyakov for survival.

As the film progresses, the creature develops a more mutualistic relationship with Veshnyakov, which makes it feel what Veshnyakov feels. Conversely, even though the alien releases a muscle-relaxing fluid in Veshnyakov’s body to knock him out every time it leaves him, Veshnyakov has a combined consciousness with the alien that allows him to see everything that the creature sees even when he’s not conscious. The movie also suggests that this combined consciousness enables the alien to develop evolutionary traits such as hearing. Initially, the creature only has visual abilities with no auditory sense organs. But the more it develops a mutualistic relationship with its host, the more it acquires evolutionary attributes such as hearing. This explains why the alien is initially not able to hear the sound of Veshnyakov’s doll but later develops hearing only to be able to associate itself with what Veshnyakov feels when he hears that sound.

Why Did the Symbiote Choose Veshnyakov? 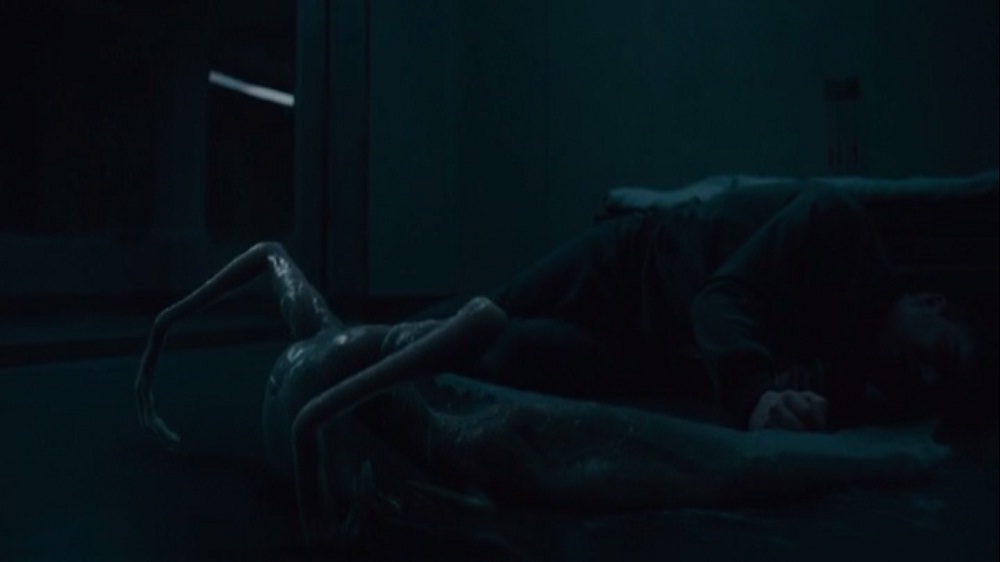 The symbiote chose Veshnyakov as its host because the other cosmonaut had early stages of cancer, which went undetected before he left for the space mission. Because of his cancer, the cosmonaut had also developed Addison’s disease due to which the production of cortisol in his body was lower than average. Tatiana later learns that the alien feeds on the hormone cortisol, which explains why Veshnyakov endocrine levels drop at the end of each day. There’s also a scene in which, to demonstrate this, she intentionally stresses out Veshnyakov and asks the doctors to check his endocrine levels. She does this to show that even during stressful situations, Veshnyakov does not release enough cortisol because the alien is surviving on it. Moreover, the reason why Veshnyakov’s condition improves after the alien feeds on other humans is that it acquires its required dose of cortisol from others and thus, does not feed on Veshnyakov’s hormones.

The Ending: Why Does Veshnyakov Kill Himself? 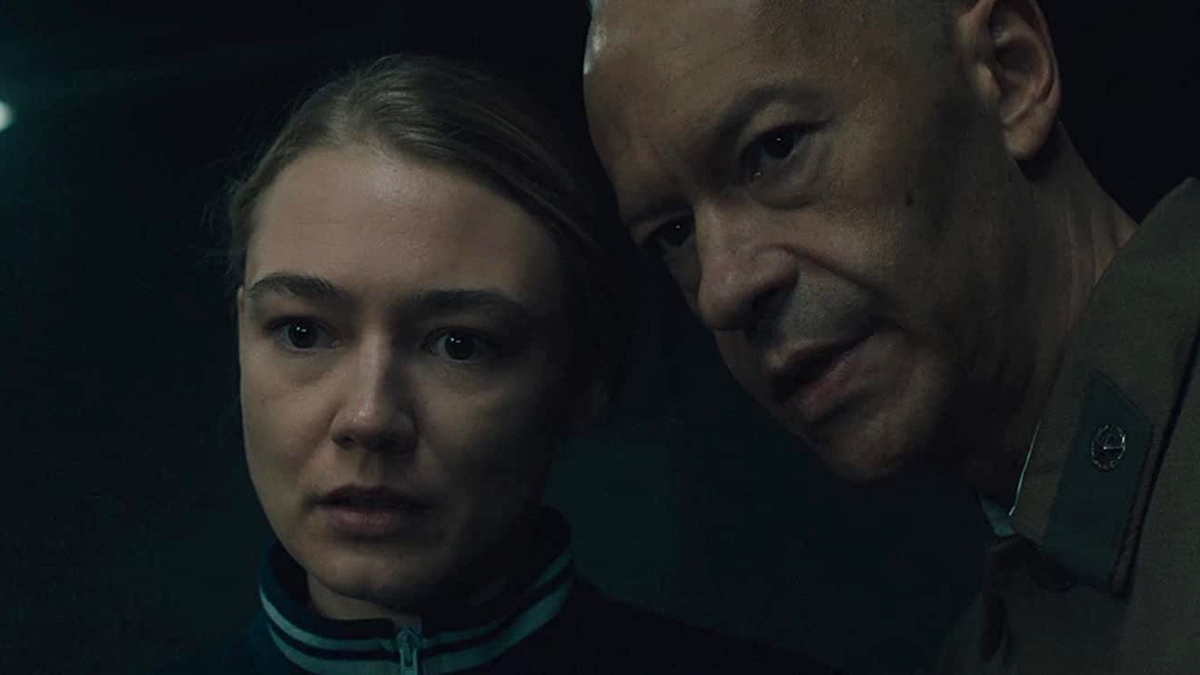 Tatiana learns that Colonel Semiradov is not in his right mind since he intends to create a weapon out of the alien (probably for the 1983 Cold War). That’s why he even defies his morals by feeding convicts to the alien. In the meantime, Tatiana deduces that she might be able to separate the alien from Veshnyakov by inducing Addison’s disease-like conditions in his body. She tries to escape from the facility with Veshnyakov, but Colonel Semiradov gets to know about her plans. The Colonel’s men block their entrance out of the facility, and that’s when Tatiana injects a cortisol-reducing fluid in Veshnyakov’s bloodstream. As a result, the alien leaves his body, and in its pursuit to find a different source, it attacks all the soldiers.

After driving out of the facility, Veshnyakov’s condition gets worse, and Tatiana realizes that he cannot survive without the alien as he has developed an extremely obligate relationship with it. In the end, Semiradov catches up with them and proudly claims that he was right all along. When he tries to hurt Tatiana, Veshnyakov gets infuriated and uses his combined consciousness with the alien to attack the Colonel and his men. The alien then goes back into Veshnyakov’s body. Realizing what the alien is capable of, Veshnyakov kills himself and, in turn, destroys the alien as well since it cannot survive without him as a host. By doing this, Veshnyakov dies as a hero and even forgives himself for abandoning his son in the past. In the closing moments of the film, Tatiana picks up Veshnyakov’s son from an orphanage and takes him with her as a tribute to Veshnyakov’s acts of bravery. Parallelly, the film shows that Tatiana (referred to as “Tanya” in the scene), also grew up in an orphanage and had a very rough past. But she still defied all odds and became who she is today.