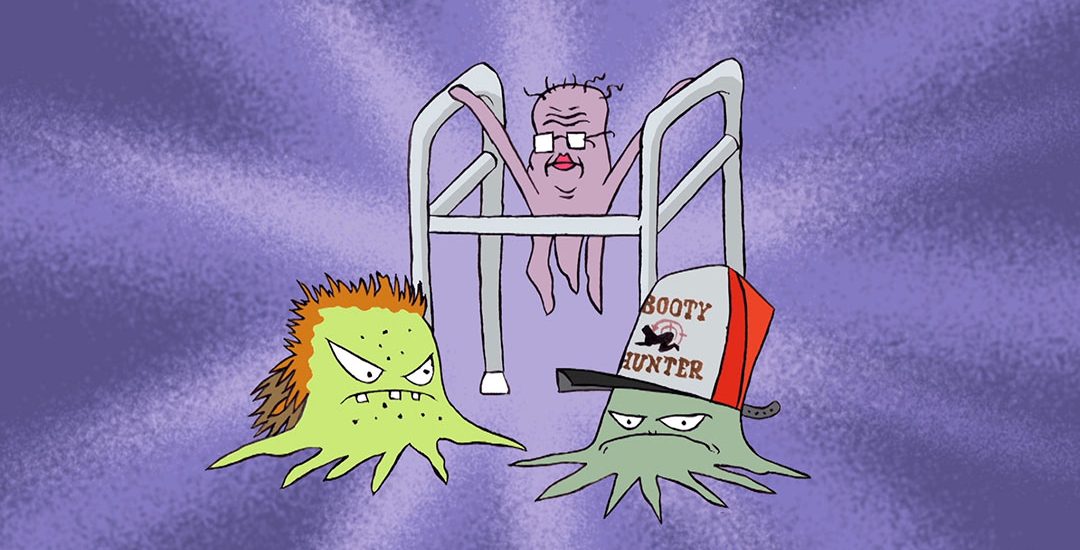 ‘Squidbillies’, an adult animated TV series, airs on Cartoon Network‘s late-night programming block, Adult Swim. Created by Jim Fortier and Dave Willis, it debuted on the channel on October 16, 2005. The bizarre story revolves around the Cuylers, a poor family of anthropomorphic hillbilly mud squids, who reside in Georgia’s, the Blue Ridge Mountains. The series’ primary antagonist is Early, an abusive, alcoholic father. Also in the family are teenage son, Rusty, his mother and grandmother, Granny and his sister, Lil.

Spanning 123 episodes across 12 seasons, ‘Squidbillies’ is Adult Swim’s one of the longest-running series. The show was then renewed for a 13th season. Here is everything we know about ‘Squidbillies’ season 13.

Squidbillies Cast: Who is in it?

‘Squidbillies’ comprises an ensemble cast of talented voice actors. Starring in the lead role is Unknown Hinson, who is the voiceover artist for Early — a foul-mouthed, uneducated, violent, and alcoholic ex-prison inmate. He is the son of Granny and dad of Rusty. Prone to frequent temper outbursts, he uses his sawed-off shotgun, knife, or anything else at near reach to express himself. Daniel McDevitt is Rusty Cuyler, the cross-breed son of Early and Krystal. He is Granny and Ga Ga Pee Pap’s grandchild. Dumb and immature, he is always desperate to seek his father’s approval in almost anything he does.

Granny (Dana Snyder) is an aged squid and constantly uses a walker. She is the grandmom of Early and Lil and after season 11, it is confirmed that she is also their mother. This is the result of an incestuous relationship with Early’s dad and her sibling, GaGa Pee Pap. A religious Christian, she often sees visions of Squid Jesus, and is prone to violence and foul mouthing just like the rest of the family. Lil (Patricia French) is Granny’s grandchild and Early’s sister and has some defects in her appearance. She is depicted wearing Caucasian flesh-colored eye-shadow and extremely long, false fingernails on her tentacles.

Mary Kraft stars as Krystal, the actual birth mother of Rusty. She is sickeningly obese and is of Caucasian origin. She spends most of her time lying on a worn-out, dirty mattress in the junkyard, drinking and scratching lottery tickets. Tammi (Elizabeth Cook) is Rusty’s girlfriend and mom to his baby. Additionally, she is Krystal’s daughter, and hence, the half-sibling of Rusty. But this does not stop them from carrying out their sexual trysts. Jesco White is Early’s and Lil’s father and their grandfather as well. This is the result of an incestuous relationship with Granny. Having the same criminal bent of mind like his other family members, he is abusive and a notorious womanizer.

Most of the main cast members are expected to return for season 13.

Squidbillies Plot: What is it about?

‘Squidbillies’ chronicles the multiple ups and downs of the Cuyler family and their interactions with the neighbors. Packed with violence, destruction, mutilation, and even death, the series is quite controversial for its concept. However, most of their crimes are forgiven because they are protected by the Sheriff, who believes that they are the last surviving members of an endangered species, the “Appalachian Mud Squid”. The Cuylers reside in the Appalachian Mountains, North Georgia, in Dougal County — which is a site for gambling addictions, a sinister organization, and sexual miscreants. As per The New York Times, the series takes “backwoods stereotypes” and turns them into “a cudgel with which to pound maniacally on all manner of topical subjects.”

After a natural disaster that had happened millions of years back, the water from the Atlantic Ocean swept all across the Ohio Valley and then gradually receded to give rise to the current landscape. However, the event left a small family of squids stranded deep within the North Georgia Mountains. Known as the Squidbillies, they are led by the patriarch Early Cuyler and the tale chronicles their world, filled with squabbles, feuds, and fornication.

The show begins by introducing us to Early, attempting to have a sexual tryst with Krystal. But she has her demands. She requests Early to give her a Walkman, after her sexual favor. He agrees to this and fulfills her desire by robbing a liquor store. However, Krystal’s greed increases and the next time, she asks him to get cassettes. Early repeats the act, only to be arrested and imprisoned for 15 years. Meanwhile, Krystal becomes pregnant with Early’s son, Rusty. She is obviously not ready to commit and abandons her baby at Lil Cuyler’s door.

Lil raises him while Early completes his time in prison but later gets into trouble when a surprise raid at her home leads to the discovery of the family meth lab. This results in Rusty becoming a ward of the state of Georgia. Rusty manages to flee the premises and coincidentally meets his father in a chain gang. The Sheriff, simply out of compassion, grants an early release to Early and the duo leaves the facility. Early soon lands a job as a corporate scapegoat in a local evil corporation named, Dan Halen Sheetrock International — which creates clones of the Sheriff.

Squidbillies Season 13 Release Date: When will it premiere?

‘Squidbillies’ season 12 premiered on Adult Swim on August 11, 2019 and ended after a run of 9 episodes on September 15, 2019. The good news for the fans is that Cartoon Network has renewed the show for a thirteenth season. Going by the pattern of release of previous seasons, our best guess is that ‘Squidbillies’ season 13 will premiere sometime in August, 2020.

Check out the season 12 trailer below. You can also head to Adult Swim to check out all the previous episodes.