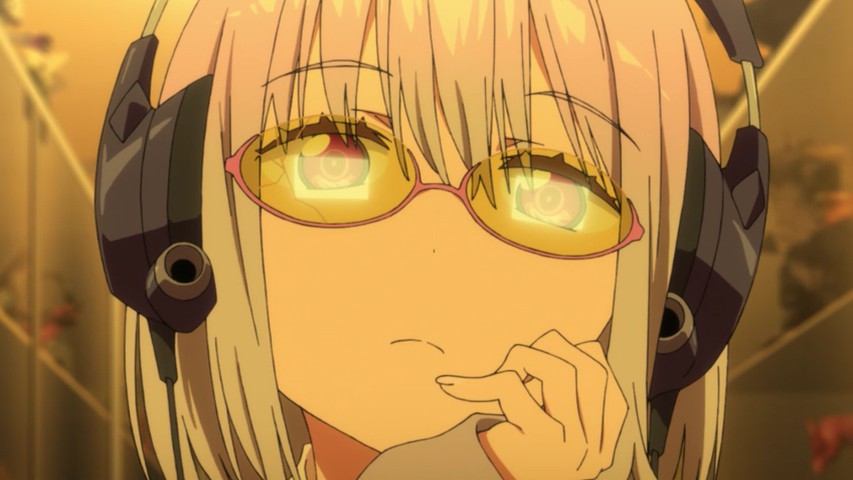 SSSS Gridman is a Japanese mecha anime television series which is based on a famous tokusatsu series called Gridman the Hyper Agent, which rose to popularity during 1993-94. More than two decades after Gridman the Hyper Agent delighted science fiction fans Studio Trigger, at Anime Expo 2017, announced that it would adapting the insanely popular show into an anime television series. A year after the announcement, Season 1 of SSSS Gridman made its way to viewers’ screens on October 7, 2018, and it was largely deemed to be a success by fans of the original series and new viewers alike. Since then, many have been waiting to hear news on a second season of SSSS Gridman. Here’s everything we know about the prospects of Season 2 thus far.

SSSS Gridman Season 2 Release Date: When will it premiere?

SSSS Gridman season 1 premiered on October 7, 2018 and ran for 12 episodes till December 23 of the same year. However, in spite of the show’s popularity, a second season has not been announced yet.

That being said, there’s no reason to get worried just yet. Anime shows sometimes take years to renew, and hence, there’s plenty of time left for Studio Trigger to announce a second season. Further, there are also no financial hurdles when it comes to a second season, considering the fact that SSSS Gridman has generated as much traction as Netflix’s Ultraman reboot. However, Studio Trigger is booked up with projects for the coming few years, so even if a second season is announced, we don’t expect it to go into production for at least a few years. Our best guess, keeping everything in mind, is that SSSS Gridman season 2 release date could be sometime in 2022. We’re keeping our ears open for news on Season 2 of SSSS Gridman and we’ll update this section as soon as we hear something reliable.

You can watch the dubbed version of ‘SSSS Girdman’ on Funimation and Amazon Prime. You can also stream it on Crunchyroll with its original Japanese audio and English subtitles.

Although SSSS Gridman is based on Gridman the Hyper Agent, it is only a loose adaptation of the original tokusatsu series.

The show is based in the fictional Japanese city of Tsutsujidai and follows a high school student called Yuuta Hibiki. An amnesiac, Yuuta wakes up in the room of Rikka Takarada and finds that he has no memories of his past. Further, he also finds himself being summoned by a mysterious voice from a nearby room, a voice which Rikka seems to be unaware of. Unable to contain his curiosity, Yuuta heads to the room and on closer inspection finds that the voice is coming from a robot – who introduces himself as Hyper Agent Gridman – behind the screen of an old computer. Gridman mysteriously tells Yuuta that he has a mission to fulfill, and without understanding the meaning of Gridman’s words, Yuuta heads out into the world, hoping to find out more about his memory loss.

However, Yuuta’s life takes a turn for the unexpected when a thick fog envelopes Tsutsujidai and massive, ominous monsters start appearing. As the city descends into chaos with the advent of monsters, Yuuta realizes the meaning of what Gridman told him, and he heads back to the old computer. Once there, he merges with Gridman, and finds himself locked in a battle with the ominous monsters. To help his cause, he also forms the “Gridman Alliance” with Rikka and fellow classmate Shou Utsumi, and together, the trio set their sights on defeating the monsters and finding the one responsible for their emergence.

While SSSS Gridman has quite a few characters, the members of the Gridman Alliance and Gridman himself make up the list of main characters in the show. Below, we’ve provided you with brief backgrounds on each of these characters.

Yuuta Hibiki: One of the main protagonists of the show, Yuuta is an amnesiac high school student who wakes up at Rikka’s place with no memory of his past. He is mysteriously drawn to Gridman and has the special ability to see Gridman and illusions of monsters plaguing the city. Although an ordinary boy, Yuuta possesses the ability to merge with Gridman and fight the giant monsters attacking the city. Later, it is revealed that Yuuta is partially assimilated by Gridman, which is the cause behind his amnesia.

Gridman: A Hyper Agent, Gridman resides within an old computer called Junk. When Yuuta wakes up, Gridman reminds him of his “mission”. Uniquely, Gridman mostly exists in the virtual world can only be perceived by Yuuta and other members of the Gridman Alliance. However, Gridman can materialize as a giant robot in the real world by merging with Yuuta and he does so on numerous occasions to fight the monsters attacking the city. Gridman, when he materializes in the real world, boasts tremendous powers and can take on several forms like Heracles Combine Max Gridman, Full Armor Combine Buster Gridman, Empyrean Combine Sky Gridman, and Hyperlink Combine Full Powered Gridman as required for battle. For instance, the Heracles Combine Max Gridman form allows Gridman to increase his brute strength for battles which require more than his usual strength. Similarly, the Empyrean Combine Sky Gridman form allows him to use unmatched combat abilities optimized for high altitude combat. However, the most powerful form Gridman can take is the Hyperlink Combine Full Powered Gridman form which combines all his other forms to make him a devastating monster-killing machine.

Rikka Takarada: Another main character in the show, Rikka is Yuuta’s classmate and the sole female member of the Gridman Alliance. Although Rikka craves for a normal life, she suffers a major tragedy after some of her friends are wiped from existence by the monsters. As a result, she urges Yuuta to keep fighting the monsters as Gridman and free the world from their attacks.

Shou Utsumi: The final main character of the show, Shou is also Yuuta’s classmate and the founder of the Gridman Alliance. He specializes in human networking and is a fan of tokusatsu series.