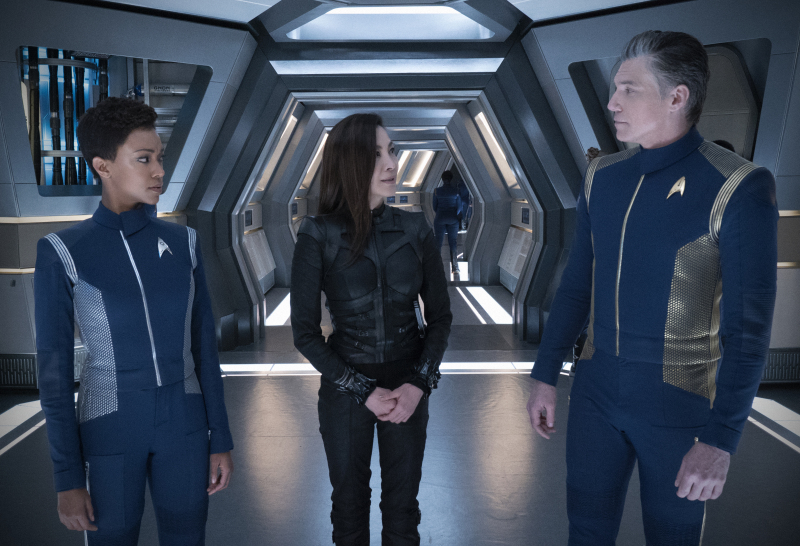 Four episodes in and ‘Star Trek: Discovery’ is finally gaining momentum. Burnham has reunited with her crew while Saru has officially assumed his position as the captain. And the major mission for season 3? Where are the remains of the Federation in this 31st-century universe that has been destroyed by The Burn?

‘Forget Me Not, the latest installment from the series, however, takes things a bit slow. It is a character-centric story where we get some time to focus on one of the new crew members, Adir. There is also an adorable romance brewing. We will come to the exact details later. Now, the show is all geared up to release its next episode. And here is everything you need to know about it.

You can watch ‘Star Trek: Discovery’ season 3 episode 5 on CBS All Access’ official website and on the CBS All Access app, at the aforementioned time. International users can stream the show on Netflix, the subsequent day. In case you don’t have a subscription, you can watch the show by purchasing the episodes on Amazon Prime. You can also stream the show on DirecTV and Fubo TV. ‘Star Trek: Discovery’ is also available as a VOD service on YouTube TV.

What to Expect From Star Trek: Discovery Season 3 Episode 5?

The episode is titled ‘Die Trying’. You can watch the promo for episode 5 below:

The only clue that the crew aboard the Discovery has uncovered about the Federation again is a strange message from Admiral Senna Tal, a Trill whose symbiont is embedded in Adira’s body. However, since Adira is human, she cannot access the symbiont’s memories like other joined Trill. The team, therefore, tries to enter the Trill homeland so that they can retrieve Senna Tal’s memories. Burnham accompanies Tal on the mission as per Saru’s instructions.

A Trill guides the duo to the Caves of Makala where they get flashes of Adira’s memories and that of the Tal symbiont. It is revealed that the symbiont belongs to Adira’s ex-lover, Ray Tal, who died in an explosion. On the Discovery, the crew attempts to reconnect as a singular organism. They have been isolated from the rest of the universe and are trying to adjust to the new normal.

Later, Saru organizes a dinner for the team in the conference room. However, tensions reach a boiling point when Stamets gets into an altercation with Tilly. Detmer has still not adjusted to the fact that she is so far in the future. To bring all the members on the same page, Saru recounts the moment at season 2’s finale when everyone had agreed to enter the future together. Finally, the members reconcile.