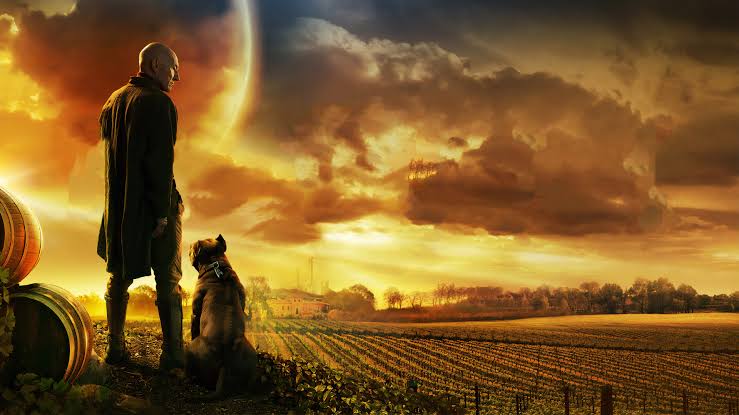 The second episode of the first season of ‘Star Trek: Picard’ is slated to be released on January 30, 2020, exclusively on CBS All Access. Generally, a new episode is uploaded around 12:01 am PT/3:01 am ET.

The second episode releases one week after the season premiered. The show follows a weekly format with each new episode slated to be premiered every Thursday.

The second episode of the first season of ‘Star Trek: Picard’ is exclusive to CBS All Access. Subscriptions for the streaming platform range from $5.99 to $9.99. However, you can also opt for a one-week free trial. Use that wisely! The show can be watched on CBS’ website or mobile app.

Apart from that, the only other way to watch ‘Star Trek: Picard’ is by signing up for an additional CBS All Access package on Amazon Prime Video.

‘Star Trek: Picard’ begins with the titular protagonist playing a game of cards with Data. However, he soon wakes up from his dream in his mansion, Chateau Picard with his dog by his side.

Elsewhere, a woman named Dahj’s at-home date with her alien boyfriend is interrupted by three assassins in helmets who kill her boyfriend. They reveal that she hasn’t been “activated” yet, referring to Dahj. However, the woman ends up killing the three assassins and then does not understand how she was able to do that followed by a vision of Picard.

Picard receives a television crew at his home for an interview which he isn’t too excited about. They begin to converse about Picard’s decision to aid in the relocation of 900 million Romulan survivors from a supernova. It is revealed that rogue synthetics destroyed Mars’ defense net. Picard reaffirms his faith in synthetics and Data and quits the interview after announcing that he left Starfleet due to the organisation’s decision to not rescue Romulan survivors.

After watching the interview on TV, Dahj visits Picard telling him about her visions and showing him a necklace given to her by her father. Later, Picard dreams of Data paining a faceless woman. After waking up, he searches for the painting in Starfleet archives and discovers that it does indeed have a face: that of Dahj.

Dahj meets Picard at the archives. Picard tells her that she is a synthetic related to Data. However, their conversation is cut short when a few more assassins arrive. Dahj kills the assassins but a dying one spits acid at her face making her explode.

Picard wakes up at Chateau Picard again and decides to avenge Dahj’s death. Picard goes to Daystrom and meets Dr. Agnes Jurati, a synthetics expert. Jurati informs him that Data downloaded his neural net into a replica called B-4 which turned out to be a poor imitation.

Furthermore, she tells Picard that any new synthetics would have to be made from Data’s neural net. It is revealed that Dahj might have a twin since “neuronic clones” can only be created in pairs.

Elsewhere, in a Romulan Reclamation Site in space, a Romulan named Narek meets Dahj’s twin, Dr. Soji Asher. It is revealed that the reclamation site is actually a fully functional Borg Cube.