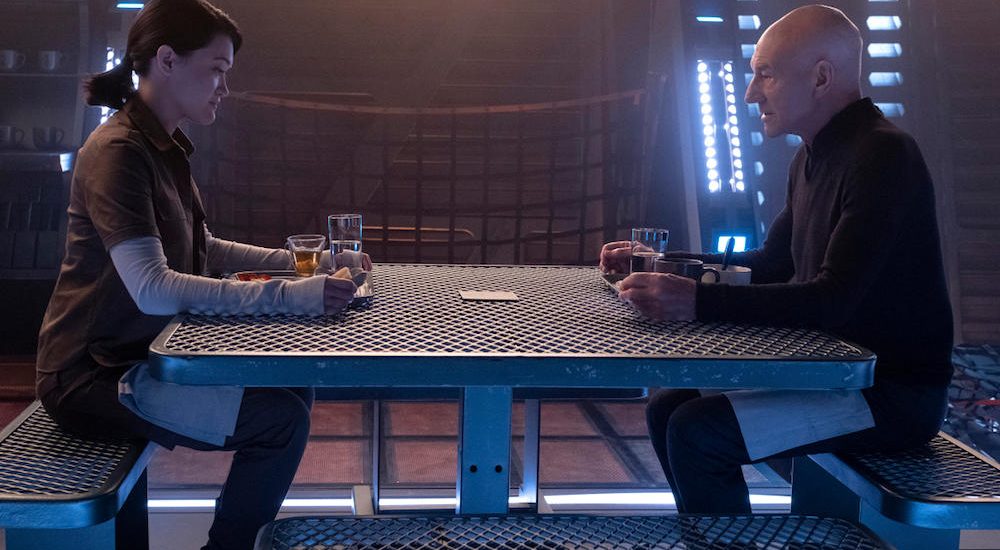 ‘Star Trek: Picard‘ is having a splendid Season 1, and the ‘Star Trek‘ fans could not be happier about seeing Patrick Stewart back in action as the titular Picard. Up until this point, the series has seen Picard trying to assemble a crew, which has led to various adventures in itself.

In fact, the last episode sees Picard dealing with the consequences of his actions, as he decides to make a run with Soji by his side. He ends up reaching out to some of his old contacts, and towards the end of the episode, we learn that Picard and Soji are leaving on cordial terms, somewhat like a father-daughter relationship.

Naturally, you might be wondering about what happens in the latest episode. We are here to tell you that and walk you through when and where to watch the upcoming episode.

Star Trek: Picard Episode 9 Release Date: When Does it Premiere?

The upcoming episode of ‘Star Trek: Picard’ sees the group traveling light years in time to reach a new planet. While they are uncertain if the people there will be welcoming, their ship seems to lose power. In an ominous scene, where the only light comes from lighters, we understand that danger may be near.

As the people on board detect multiple bogeys, Picard advises the crew members to brace themselves. You can check out the promo below.

The episode starts on planet Aia, which has eight suns. We see Oh, Rizzo, and Ramdha taking part in a ritual where they see apocalyptic visions. Back on the Borg Cube Rizzo talks to Ramdha, who seems to have been driven mad. Elsewhere, Seven of Nine shows up to save Elnor from the Romulans.

Onboard the La Sirena, the crew learns that Jurati has been implanted with the tracker, and she neutralized it herself. They also realize she’s killed Maddox. Picard and Soji share a moment over dinner, where the former’s conversation convinces the latter that being synthetic does not mean that one is worthless, in any way.

Rios has a disturbing revelation to make about being onboard with the Starfleet when Oh ordered his captain to kill synthetics, who looked like Soji. Picard ends up assuring Rios that both he and his captain are good men, and the Romulans turn out to be behind the attack on Mars. They did it with the hopes of imposing a galaxy-wide ban on synthetic life.

We learn that Jurati has been working for Oh, and a psychic block has been placed on her. Nonetheless, she warns Picard about Hell coming for them all. Towards the end of the episode, we see the Romulans heading to Soji’s homeworld. La Sirena follows them, with Narek’s ship in pursuit. Undoubtedly, the upcoming episode will see some sort of confrontation.