What Does the Future Hold For ‘Star Wars Resistance’? 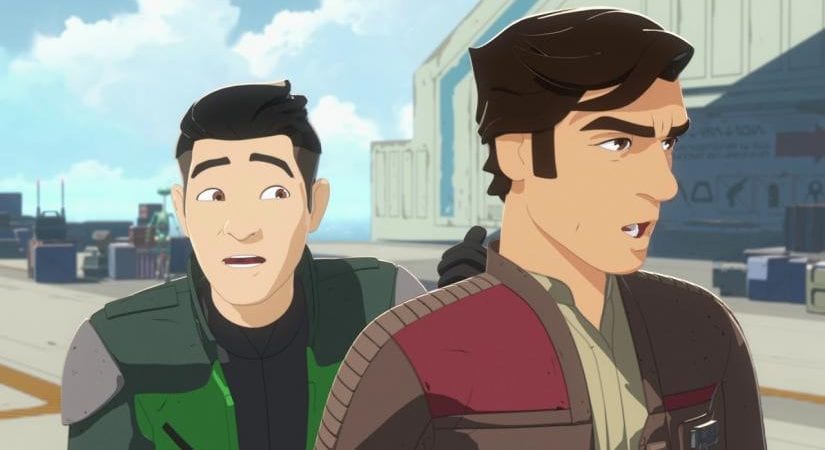 Star Wars Resistance is an animated series from the Star Wars franchise and a prequel to The Last Jedi. The series first premiered on October 7, 2018, on Disney channel and later continued on Disney XD worldwide. The show has been created by Dave Filoni based on Star Wars by George Lucas.

The first season of the show, as you would expect, was a massive success. As a result, it was renewed for a season 2. Now the question is, will we get a ‘Star Wars Resistance’ season 3? Read on to know.

During Disney’s official press release, when it announced the show’s renewal for a second season, it was also confirmed that season 2 will be the final installment from the series. Here’s what the official synopsis says:

“The story picks up after a harrowing escape from the First Order, as the Colossus and all its residents find themselves lost in space, pursued by Agent Tierny and Commander Pyre. Kaz and team also face a myriad of new dangers along the way including bounty hunters, a suspicious Hutt, General Hux, and Supreme Leader Kylo Ren. Meanwhile, Tam grapples with her future and where her true allegiance lies, with her friends or the First Order. The thrilling final season will showcase how the unlikeliest of heroes can help spark hope across the galaxy.”

So yes, it has been confirmed that the show will not be returning with another season. ‘Star Wars Resistance’ season 3 stands cancelled by Disney.

Star Wars Resistance Cast: Who is in it?

The choice to go for a cel-shaded Star Wars spinoff might have certainly looked like a rather strange offshoot from the standard Star Wars gig, but make no mistake: it is still Lucas Film in charge, and their financial muscle put into the production shows when we look at the cast. Having stars to bloat the hype of a show is one thing, but the Star Wars Resistances cast is absolutely chock full of people who would feel oh-so-familiar if you are into everything pop about TV and film over the last couple of decades – be it sitcoms like Silicon Valley, Big Bang Theory, Scrubs, or high fantasy from Game of Thrones to Lord of The Rings.

Of course, if you have watched Star Wars films before, you would immediately recognize almost all of the cast: all of the actors that breathed life into your favourite characters are back to voice their respective roles in the animated spinoff. This includes Golden Globe nominee Oscar Issac as Poe Dameron and Gwendoline Christie as Captain Phasma. We say ‘almost’ because this is not always the case. Carolyn Hennesy voices general Leia Organa – then again, Leia has been portrayed by several actresses over various iterations of the franchise, including Ingvlid Deila in Rogue One, Shelby Young in Forces of Destiny, and Carrie Fisher in the OG Episode IV-IX.

These, however, are members of the recurring cast, and much of the main cast consists of whole new characters and new voice talents with enough press to parallel the likes of Oscar Issac. Christopher Sean plays the protagonist, Kazuda Xiono, alongside Scott Lawrence’s (famous for CBS’ JAG) Jarek Yeager and Myrna Velasco as Torra Doza. Other notable figures in the cast include Jim Rash (the Greendale Dean from Community) as Flix, Scrubs’ Donald Fashion as Hype Fazon, and of course, Lord of The Rings-starrer Elijah Wood as Jace Rucklin.

Star Wars Resistance Plot: What is it about?

It would be a gross understatement to say that Star Wars is a major space opera franchise with an enormous fan following. More than just a popular franchise, it is arguably the biggest pioneer of establishing the reputation of space opera – Star Wars is itself a pop icon, so iconic that it became an intricate part of the identity of an era and a generation of teens and young adults who grew up adoring this space opera world of epic proportions.

Naturally, such a phenomenal franchise has very well-established canon lore, and any additions to the show will have to either fit itself into the structure and/or address the pre-existing lore fully. Fortunately, Star Wars Resistance does not dare delve into the lives and times of Anakins and Obi-Wans, but rather makes itself out to be a finely crafted in-between story with its own set of lovable characters.

Rather than exploring the backstories of the towering figures, the protagonist of Resistance is a completely new character, Kazuda Xiono. Even though he is nothing like Luke Skywalker for example in the grand scheme of themes initially, he is no small fry either – as he is an important mission as assigned to him by Poe Dameron: to spy on the budding First Order insurgence, and the story picks up almost immediately as Kaz is sent to Colossus, a refuelling space-station on Castilon, to gather relevant intel, while maintaining his cover as a regular mechanic at the station.

Season 1 ends with Kaz, Neeku, and Torra trying to save their friends as the First Order prepares to demonstrate the power of its super weapon. Finally with Neeku’s help, Kaz comes up with a plan to rid the Colossus of the First Order once and for all. Season 2 continues following Kaz and his adventures across the Star Wars galaxy. Toward the end, Kaz and Yeager are successful in rescuing Tam from the First Order while evading capture by the Star Destroyer.