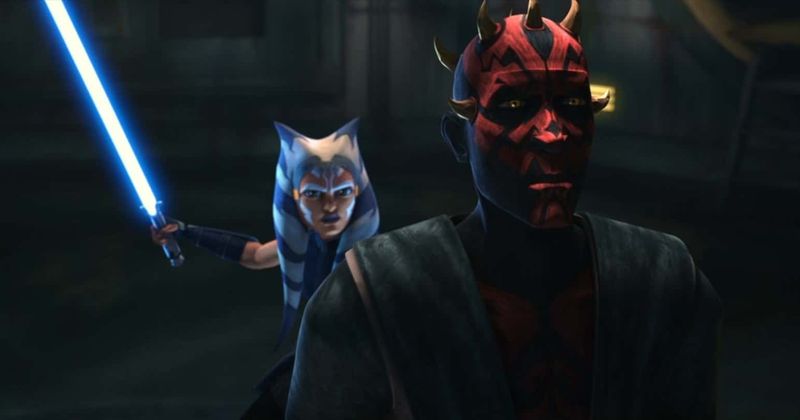 ‘Star Wars: The Clone Wars‘ has automatically been well-received by fans of the ‘Star Wars’ franchise. Moreover, the animated series combines stunning visuals and a gripping tale to stand out on its own. Currently, in Season 7, the series is on the final arc, as we see the siege on Mandalore.

The last episode sees Ahsoka in a tight spot as her troops are decimated, and she finds herself surrounded by foes. Facing Darth Maul is not an easy task, even for the ex-Jedi. Will Ahsoka make it out alive? Will Obi-Wan and Anakin assist Ahsoka’s cause? The current episode sheds light on these questions, which might make you wonder what happens. We have the rundown and information about when and where to watch the next installment.

Star Wars: The Clone Wars Season 7 Episode 11 Release Date: When Will It Premiere?

‘Star Wars: The Clone Wars’ Season 7 Episode 11 is slated to release on Friday, May 1, 2020, at 12 am PT, or 2 am CT or 3 am ET. The upcoming episode is titled “Shattered.” Ahsoka manages to capture Maul on Mandalore, but her journey back to the Jedi Council is disrupted when Order 66 is declared. It turns her world upside down.

For those unaware, Order 66 identifies all Jedis as traitors to the Galactic Republic, who can be executed by the Grand Army of the Republic.

Disney+ does offer a week-long trial period, but since the platform releases episodes weekly, a free trial period does not help users in binge-watching the show they want to see.

The episode starts with Maul confronting Ahsoka but soon flees the scene when the other Jedis appear. It seems that Sidious is behind the Clone Wars. We also get the sense that Order 66 is imminent.

Anakin has to spy on the Supreme Chancellor and report to the Council while Obi-Wan has to hunt down General Grievous, who’s on planet Utapau. It falls upon Ahsoka and Bo-Katan, the Mandalorian, to hunt Maul. Elsewhere, the ex-Sith’s troops attack Rex’s soldiers. Maul also accesses the dark side of the Force to tap into a surviving Trooper’s mind.

By the time Ahsoka and Maul face each other, the latter suggests that he plans to take down the Jedi order. However, he also intends to get rid of Anakin before he joins Sidious as Vader. However, Ahsoka is concerned that Maul will only replace Sidious once he is taken down. The ex-Jedi and ex-Sith lock sabers.

Maul almost falls off, but Ahsoka saves him using her Force. Rex and the legion capture him, and they are headed to the Jedi Council. However, we get the sense that the worst is yet to come in the upcoming episodes.

Read More: Will There Be a Solo: A Star Wars Story Sequel?