Star Wars: The Clone Wars S07: All You Need to Know 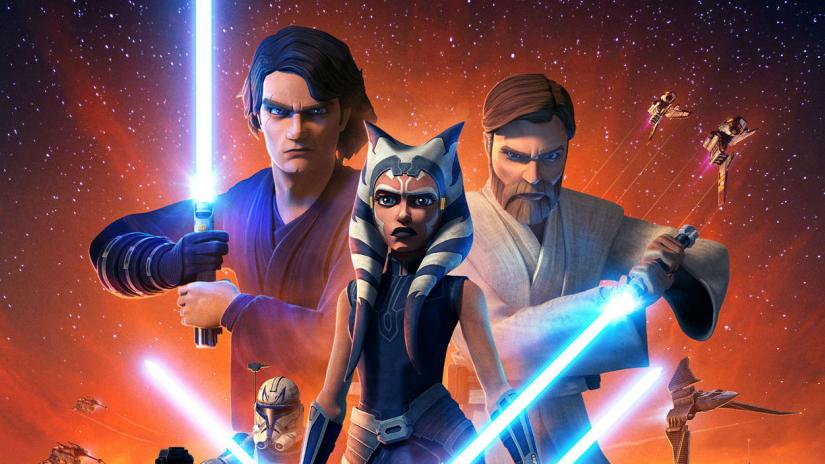 ‘Star Wars: The Clone Wars’ is a CGI animated science fiction series that takes place during the course of three years between the ‘Star Wars’ prequels ‘Episode II: Attack of the Clones’ and ‘Episode III: Revenge of the Sith.’ Created by George Lucas, the pioneer of ‘Star Wars,’ the show revolves around the Clone army of the Republic, Count Dooku led Separatists and also the Mandalorians.

Ahead of the series debut, an eponymous introductory feature film was released for the theater audience on August 15, 2008. The show first premiered on October 3, 2008 on Cartoon Network. Upon its release, ‘Star Wars: The Clone Wars’ received a terrific response from the critics and the audiences, making it the highest rated show of its time. Because of its increasing popularity, the show managed to spawn over six lucrative seasons. In case you are wondering, when will ‘Star Wars: The Clone Wars’ season 7 release and what’s the cast, here’s everything we know.

Star Wars: The Clone Wars Season 7 Release Date: When Will it Premiere?

‘Star Wars: The Clone Wars’ season 7 is all set to release on February 21, 2020, on Disney+. It will consist of twelves episodes with a runtime of 22 minutes each.

Star Wars: The Clone Wars Cast: Who is in it?

The talented voice ensemble is led by Matt Lanter, who voices the highly popular ‘Star Wars’ character, Anakin Skywalker. Joining him as Obi-Wan Kenobi, Dagoyan Master and Plo Koon is James Arnold Taylor. Ashley Eckstein voices the role of Ahsoka Tano. Dee Bradley Baker lends his voice to Captain Rex, of the Grand Army of the Republic. Baker also fills in for the voice of SaeseeTiin, Onaconda Farr, Bossk, Arok the Hutt and many others. Matthew Wood is behind the voice of the Battle droids, Wat Tambor, Poletecan Villagers, General Grievous, etc.

Along with being the narrator, Tom Kane also voices Yoda, Cultist Aide, Muun, Medical Droid, Kraken, Admiral Yularen, Balnab Bounty Hunter and others. Corey Burton voices the formidable Count Dooku, while Terrence ‘T.C.’ Carson is Mace Windu. David Acord lends his voice to Highsinger, Rotta, Pilf Mukmuk, among many others. Ian Abercrombie and Tim Curry lend their voices to Palpatine. The other members are Liam Neeson as Qui-Gon Jinn, Brian George as Ki-Adi-Mundi, Flo DiRe as Jocasta Nu, Tasia Valenza as Shaak Ti, and many others. Most of the voice cast members are expected to return for season 7.

Star Wars: The Clone Wars Plot: What is it About?

Based on the fictional ‘Star Wars’ universe, the show touches upon multiple origin story lines that connect to the Star Wars saga. It showcases various battles involving antagonists Grievous and Dooku, while also showcasing the attempts of Republic and the Separatists to merge the other planets with them.

Over the seasons we see Anakin Skywalker’s gradual descent into his darkness and an imperative character development of Ahsoka’s character. Season 6 reflects the events in ‘Attack of the Clones’ and ‘Revenge of the Sith,’ and more information about Order 66. Yoda travels to the core of galaxy, into his final test, where he sees a dreadful vision involving Darth Bane. And Chancellor Palpatine grows more determined in his quest for power.

Season 7 might put its focus on the Ahsoka Tano, and showcase her emotional turbulence as she decides to cut ties from the Jedi Order. It will also set up for Ahsoka’s the high-octane battle with Darth Maul. The final season will also explore the Siege of Mandalore. It is likely that we will see Ahsoka reuniting with her master, Anakin Skywalker, whose behavior towards the battle droids might finally lead to him spiraling into his dark side. All the events would lead to the apocalyptic Order 66, where Palpatine acquires Republic and forms his empire.

Over the years, the show has managed to bag several awards, including multiple Daytime Emmy Awards. The sixth season holds a critical rating of 100% and an audience rating of 96% on Rotten Tomatoes. The cultural phenomenon continues to garner appreciation for its compelling writing, high-octane actions, 3D CGI animation, multifaceted tone, wide-ranging themes, impeccable voice acting, exploration of secret political plots, and seamless connection to the ‘Star Wars’ prequel trilogy.

Check out the trailer of ‘Star Wars: The Clone Wars’ season 7!