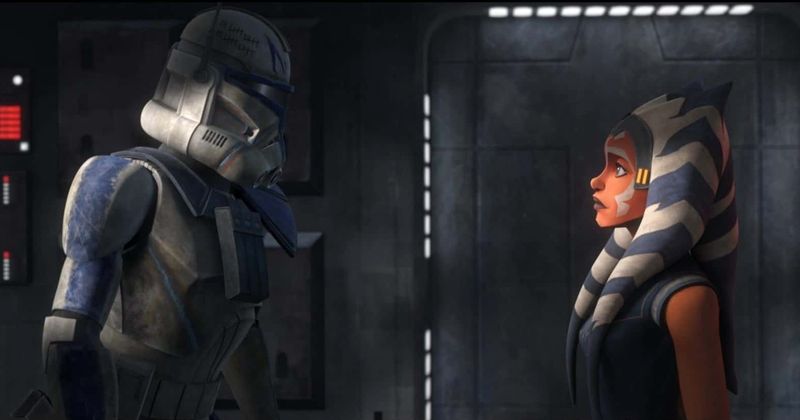 ‘Star Wars: The Clone Wars’ has been well-loved by fans of the ‘Star Wars‘ franchise. By combining sharp storytelling with breathtaking animation, the series has had a successful run for seven seasons. Initially, the show was discontinued after Season 6 in 2013 but was revived for a seventh season, which started airing in February 2020.

Season 7 sees the Clone Wars headed towards an end. It is divided into three arcs, and the first deals with Rex and the Bad Batch. Together, they team up with some of the Jedi to rescue Echo. The second arc is concerned with Ahsoka, an ex-Jedi who gets tangled up with two sisters, before being contacted by Bo-Katan, the infamous Mandalorian. The final arc sees Ahsoka enlist the help of the Jedi and Rex’s team to begin the siege on Mandalore, to take down Darth Maul.

Towards the end of Season 7, quite a few storylines are set in motion. Anakin turns over to the dark side, creating a massive disturbance in the Force. As a result, Darth Vader is born. Obi-Wan and Anakin duel on Mustafar, while Yoda tries to dethrone Palpatine on Coruscant. It shows a last-ditch effort from the Jedi to defeat the Sith. However, our focus is also on Ahsoka and Rex as the duo try to survive a ship full of soldiers programmed to kill them.

We have known of Order 66 within the ‘Star Wars’ universe, but the season shows us the effects of the decree from Ahsoka’s perspective. Notably, we know that Ahsoka and Rex are in ‘Rebels,’ the animated series which is set 20 years after the fall of the Jedi and the Republic. Therefore, the two survive Season 7 of the ‘Clone Wars.’ Naturally, you might be curious to find out if there will be a ‘Star Wars: The Clone Wars’ Season 8, which will help the story progress. We have you covered right here.

Going into Season 7, we had known that it would be the final season for ‘Star Wars: The Clone Wars.’ After all, the story ends the last act that we see in ‘Revenge of the Sith,’ as Ahsoka is left to navigate the grim galaxy in the aftermath of the Clone Wars. Season 7 started airing on February 21, 2020, and ended on May 4, 2020.

While ‘Star Wars: The Clone Wars’ has ended, for now, Gianni Aliotti, who supervises the lighting and animation for the series, has given us hope. His cryptic tweet offers more content coming towards ‘Star Wars’ fans, which has led to a frenzy of speculation. Check it out below.

Glad to see so much love for our work in #TheCloneWars again. Keep loving them and we'll keep making more. 🙂 And fear not, we at Lucasfilm Animation are still going strong, even during #COVID19

Many have already posited that ‘making more’ refers to ‘Star Wars: The Clone Wars’ Season 8. However, it is much more likely that Disney will greenlight seasons of ‘Star Wars: Rebels,’ which ended on a cliffhanger in Season 4. We might finally get to see what Ahsoka and Rex have been up to in the time between ‘Clone Wars’ and ‘Rebels.’ The 20-year gap requires the kind of stories that ‘The Lost Missions’ have addressed in the past. Therefore, while ‘Star Wars: The Clone Wars’ Season 8 remains canceled, one can always look forward to more content from the vast universe. We are sure that there’s a big announcement coming later this year or in 2021.