Review: ‘Star Wars: The Last Jedi’ is Not the Great Film We Hoped For

Picking up where the previous film left off, Rey (Daisy Ridley) is on the remote island with Luke Skywalker (Mark Hamill) hoping he will teach her the ways of the force, she finds he is not interested in helping her. Knowing his place in the universe as a failed legend, Luke is haunted by his past, and troubled by the disturbances he feels in the force.

Meanwhile Kylo Ren (Adam Driver) fresh from killing his father, Han Solo, but bested by Rey in a light sabre duel is delving deeper into the dark side of The force, modelling himself after his dead grandfather, Darth Vader. Even his master, the evil Snoke grows weary of his efforts to be like Vader, demanding he not dress the same.

The resistance continues its fight against the new Empire, with General Leia (Carrie Fisher) commanding the troops while mourning Solo’s death and losing her son to the dark side.

Many characters come into their own in the film, specifically Poe (Oscar Issac), the charismatic X wing fighter, who seems poised to take the place of the heroic, cocky Solo. Benecio Del Toro is wonderful as a gambler encountered on the casino planet, filling the screen with genuine star power. Together, both he and Issac give the film a great boost of energy, pushing the narrative along. 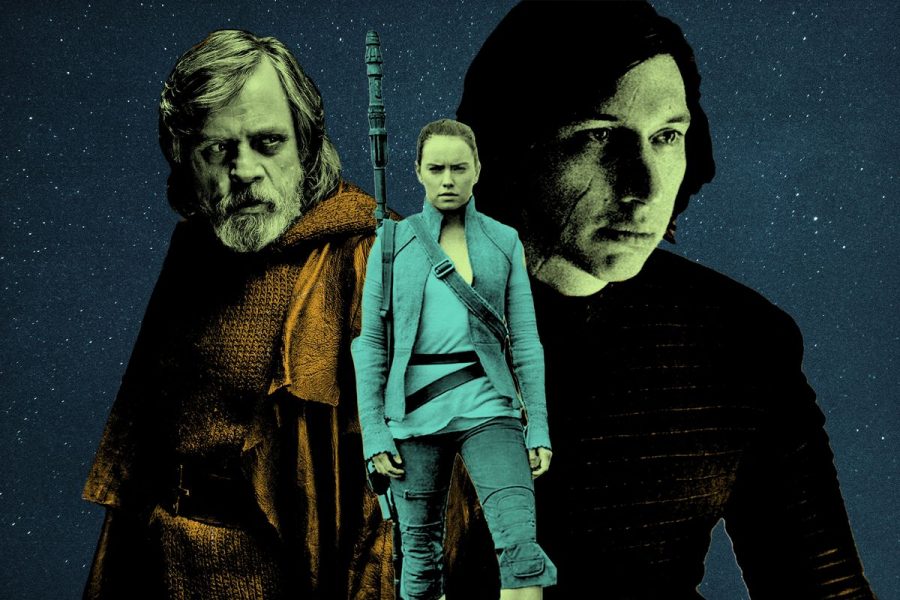 Rey gets a taste of the powerfully seductive dark side of the force, and where it goes is something of a surprise, and yes, there are a couple of jaw dropping plot twists you will not see coming.

There are a bevy of new characters introduced into the narrative in the film, some make an impression, some not so much. Perhaps the story is slipping out of control of the filmmakers as they struggle to keep the force and myth of Star Wars alive. Still there is a lot to like.

The film is exciting, beautifully crafted, nicely directed and contains some fine performances. In every way it surpasses the previous film, but does not come anywhere near the greatest Star Wars film of them all, The Empire Strikes Back (1980).

Daisy Ridley delves deeper into her character than the previous work, bringing to Rey a sense of purpose, questions about her lineage, and curiosity into why Luke does not grab the light sabre and go fight alongside his sister. Mark Hamill has grown into the role of Luke, no longer the wide-eyed Jedi who masters the Force. There is a sadness about him, and an unexpected humour at some of the things he says. Watch how he moves at the beginning, as though great weight were holding him down, but once he wields that weapon he is the last great Jedi. People forget Hamill was a serious actor, he portrayed, to excellent John Merrick in The Elephant Man in the eighties. Here he gives a fine performance, a link to the past, but with the knowledge the end is near. 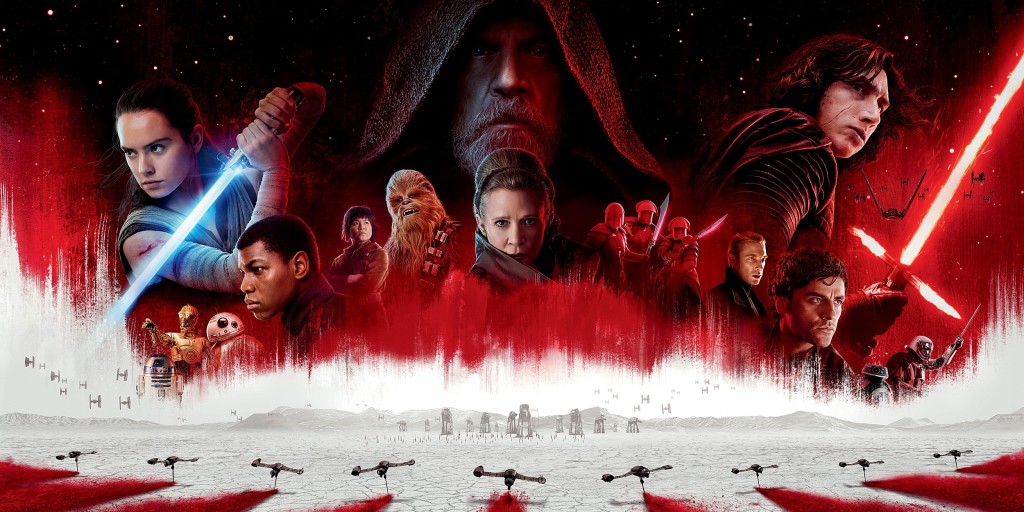 As Kylo Ren, the towering Adam Driver is magnificent. There is genuine darkness to what Driver brings to the role, and he brings a startling powerful presence to the role. The aforementioned Del Toro and Isaac are outstanding, as is the mysterious Laura Dean, who keeps her loyalties close to her vest, we are never entirely sure whose side she is on.

Carrie Fisher is very good as General Leila, but I must confess her presence is at times a real distraction. I found myself looking for traces of a person under the influence of hard drugs, as we know she was, or any sign of weakness. How could anyone know she would have a heart attack after completing a day’s work? Who would have though the addict had relapsed?

The film is filled with stunning images of wonder, fast-moving space crafts whizzing through the stars, all to the music of John Williams iconic Star Wars theme. You enter the theatre, you sit, the cinema goes dark and the familiar theme explodes from the speakers, and the title crawl begins. For some of us, we’re home. It doesn’t matter how great this film is, it is critic proof and will easily make hundreds of millions.

The Last Jedi is not the great film we hoped for. It is definitely not The Empire Strikes Back (1980), the beautiful dark film that surpassed Star Wars (1977). But it is still a strong franchise film that propels the narrative forward, fleshes out some characters, and yet feels oddly incomplete, possibly the curse of bring the middle of three films. There is a sense that the legacy is coming to an end, and it does give the film a grand sense of melancholy.