DC’s Stargirl: All The Details You Need to Know 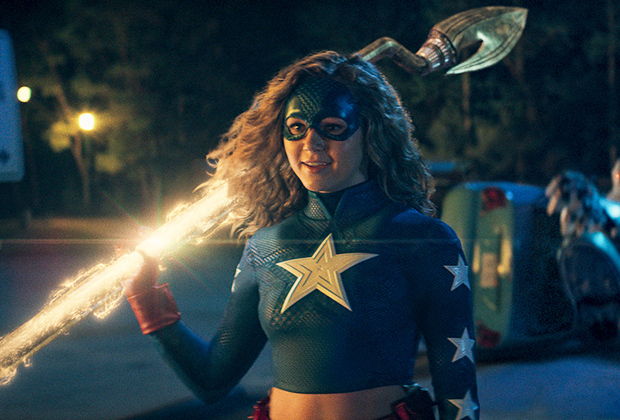 ‘Stargirl’, DC Universe’s racy drama, is a tv series that brings in a refreshing twist to the superhero genre, usually dominated by brooding adults. Based on the character created by Geoff Johns and artist Lee Moder in 1999, the story’s tone is reminiscent of the vibes from ‘Buffy: The Vampire Slayer’, ‘Back to the Future’, and ‘The Karate Kid’. Mostly dominated by youngsters, ‘Stargirl’ is a light watch, packed with contagious, pure joy!

‘Stargirl’ episode 1 releases on Monday, May 18, 2020, on DC Universe, and Tuesday, May 19, 2020, on The CW. Episodes will be released every week the next day, following their DC premiere, at 8 pm ET on The CW. DC subscribers have an added advantage as they will be able to watch bonus features and exclusives, which won’t be aired on The CW.

Stargirl Cast: Who is in it?

Stargirl Plot: What is it About?

‘Stargirl’ is set in Blue Valley, Nebraska, and revolves around Courtney Whitmore, a high schooler. She previously lived in Los Angeles but had to relocate after her widowed mum Barbara remarried. Courtney holds no fondness for her step-dad Pat Dugan and his son Mike. Life at school is no better. She is given a seat at the “losers” table at the cafeteria. Here, she meets two new friends Yolanda and Beth, who are similar outcasts like her.

However, one day when Courtney is rummaging through her stepdad’s belongings in the cellar, she finds the glowing Cosmic Staff, which, in fact, calls out to her. The staff had belonged to Pat’s ex-superhero partner, Starman — the current deceased member of the Justice Society of America aka JSA. Unwittingly, Courtney turns into a young avenger and sets off  to revive the JSA with the help of a bunch of new, young superheroes. She fights to upend the Injustice Society of America in partnership with her teammates, including Yolanda Montez aka Wildcat, Beth Chapel aka Doctor Mid-Nite, and Rick Tyler aka Hourman.