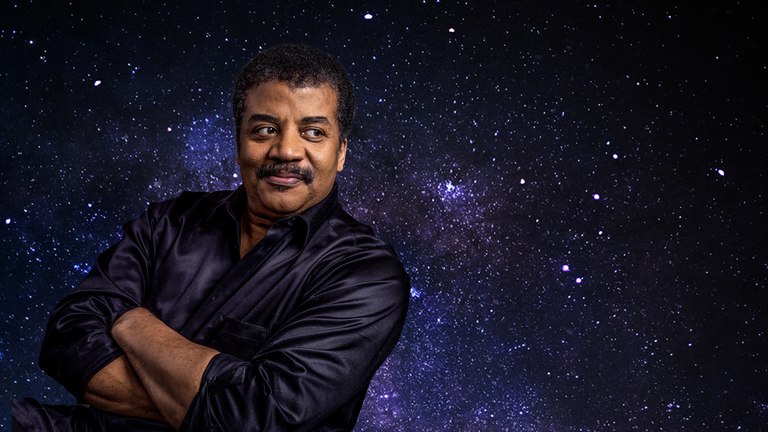 Are you a science geek? Imagine watching a weekly talk show where presenters talk about some of the coolest science topics. StarTalk brings fun and knowledge together with its new series hosted by Neil deGrasse Tyson. He holds discussions on a variety of topics. He talks about how the science of cosmos has blended with popular culture and has inspired filmmakers and producers to create some of the best television shows and movies. He chats on this topic with guests who are mostly movie or tv artists or some popular scientists.

There were sexual misconduct allegations levelled up against Tyson in 2018 which both Nat Geo and Fox took into account and released an official statement saying that the matter would be handled very seriously. The show’s producers, which include Ann Druyan’s Cosmos Studios and MacFarlane’s Fuzzy Door Productions, said in a statement that the network was committed to conducting a “thorough investigation into this matter” and would “act accordingly as soon as it is concluded.” Eventually, the show was pulled off schedule in January 2019. But in March, 2019, the network announced that all allegations against Tyson has been cleared.

StarTalk Plot: What’s it about?

The show follows a simple format of the podcast. The show is hosted by Neil deGrasse Tyson. Each episode is pre-filmed before its broadcast where he invites the guest of the week and discusses various topics in front of the live audience. At the end of each episode, a short filmed segment of the famous astrophysicist Dr Bill Nye is aired on TV. He mostly talks about his own point of view in the episode’s topic. He and his co-presenters not only talk about science but also about politics, art, and medicine. Tyson takes interviews of his guests related to the subject to entertain and improve the knowledge of viewers. Tyson has many great ideas to keep the viewers hooked to the tv. They also try to relate science to other things in the world. Nonetheless, this show is absolutely worth watching for the newbies, and it will make you learn not only about science, but also about numerous topics. This series is extremely fascinating and informative for the audience.

StarTalk Cast: Who’s in it?

At the centre of the show is Neil deGrasse Tyson who is an American science communicator who rose to fame after writing books like Astrophysics for People in a Hurry (2017) and Death by Black Hole (2007). He is also a famous astrophysicist since 1997 and works in the Department of Astrophysics. Tyson has been honoured with various awards like Klopsteg Memorial Award in 2007, Stephen Hawking’s Science Award in 2017, NASA Distinguished Public Service Medal in 2004, and Public Welfare Medal 2015. Today, he lives with his family Manhattan.

Another important part of the cast is William Sanford Nye. He is a famous American television presenter as well as a science communicator. He is known as Will Nye in short. He has appeared in various shows which include the Netflix show Bill Nye Saves the World (2017–present), Bill Nye: Science Guy (2017), Bill Nye the Science Guy (1993–1998) and many more. He is also known for his appearances on many media platforms as a science educator or communicator. In the past, he has also made appearances in other tv shows like The Big Bang Theory, Dancing with the Stars and Inside Amy Schumer. His love for science deepened during his graduation years.

StarTalk season 5 premiered on Nov 12, 2018. After three episodes, the show was taken off the air due to multiple sexual misconduct allegations levelled against the host of the show, Tyson. Even though Tyson denied every sexual allegation on his Facebook post stating that before pinning anything on him, people should have proper evidence, on January 3, 2019, the National Geographic Channel stated that they would be stopping the broadcast of any further episodes of this long-running show. On March 15, the channel released a statement clearing the host of all the charges. That meant Tyson was back as the host of of Startalk. Season 5 returned in April, 2019.

As far as the release date of next season is concerned like every year it is expected to premiere sometime in the fall or winter. Our best guess is that StarTalk season 6 release date could fall sometime in November 2019. We will update this section as soon as we have the official confirmation.

Trailer for Season 6 is still sometime away. Till then enjoy this trailer of StarTalk from one of the previous seasons.

When Does ‘In The Cut’ Season 6 Come Out?