When Will Station 19 Season 3 Premiere on ABC? 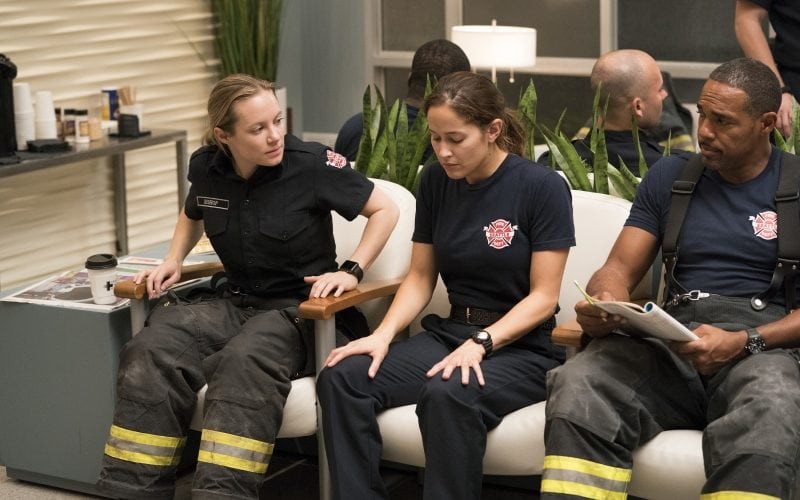 ‘Station 19’ is an American action drama series that airs on ABC. It first premiered on March 22, 2018, and has been created by Stacy McKee. McKee is also an executive producer for the show along with Shonda Rhimes, the creator of ‘Grey’s Anatomy‘, Betsy Beers, and Paris Barclay.

‘Station 19’ is the second spin-off to ‘Grey’s Anatomy’, which is why Rhimes serves as an executive producer. It is set in Seattle and follows the exploits of the men and women in Seattle Fire Station 19. The other spin-off to ‘Grey’s Anatomy’ has of course been ‘Private Practice’ which aired on ABC as well, and ran from September 26, 2007, to January 22, 2013. It followed the life of Dr. Addinson Montgomery, played by Kate Walsh, who left the Seattle Grace Hospital to join a private practice, at the Seaside Wellness Center (formerly Oceanside Health & Wellness Group), in Los Angeles. Anyhow, ‘Station 19’ is also set in the same universe as these two shows.

Station 19 has seen two successful seasons till now. Here’s everything we know about Station 19 season 3.

Station 19 stars Jaina Lee Ortiz as Andrea ‘Andy’ Herrera, a lieutenant at Station 19, and Jason George as Ben Warren. Warren is the character tying ‘Station 19’ to the ‘Grey’s Anatomy’ universe as he was a former anesthesiologist turned surgical resident at the Sloan Memorial Hospital before trading in his scrubs for the fireman’s uniform.

The other firemen who feature in ‘Station 19’ series are Grey Damon as Jack Gibson, Barrett Doss as Victoria Hughes, Alberto Frezza as Ryan Tanner, Jay Hayden as Travis Montgomery, Okieriete Onaodowan as Dean Miller, Danielle Savre as Maya Bishop, Miguel Sandoval as Captain Pruitt Herrera and Brenda Song as JJ. ‘Code Black’ alum Boris Kodjoe plays the role of Robert Sullivan, the new chief and a seasoned firefighter with a mysterious past.

All the main cast members are expected to return for season 3.

Station 19 Plot: What is it about?

‘Station 19’ follows the lives of the brave firefighters in the Seattle Fire Department at Station 19 and explores how they live their personal and professional lives. The series explores this down the ranks, from the lieutenant to the newest recruits. Since the show is a spin-off of ‘Grey’s Anatomy’ one might expect it to be headed in a similar direction and following a similar format. This would mean that there is plenty of workplace romance, drama and rivalry, all of which is interspersed with episodes of brave firefighting from these men and women who wear the uniform with pride.

New recruits when they come in, of course, make things interesting as they get acclimatized to the politics of Station 19, and learn how the interpersonal relationships work. The show also explores how the firefighters manage to balance personal aspects and duties, wherein they have to place their work before how they feel about certain individuals on their team.

While ‘Grey’s Anatomy’ was focused on the heroic work of doctors and medical professionals who were in the business of saving lives, ‘Station 19’ kicks it up a notch. Not only are the firefighters engaged with saving lives here, but they often put their own lives at risk in order to help those who are trapped in fires. In such highly intense situations, it is necessary to have absolute trust and coordination among the team members, and understandably the lieutenant runs a tight ship to keep all the firefighters in line. However, no one on the team is inhuman and feelings often get in the way of work, which leads to a moral and ethical dilemma, which is the kind of drama that the show thrives on.

What really stands out about the show is how it takes some of the best elements from ‘Grey’s Anatomy’ and transposes it onto the men and women in the Seattle fire station. It is a look at human life, day in and day out, and this is what draws audiences. The characters are relatable, they have their set of flaws and they try to work past them in an attempt to be better versions of themselves. This definitely strikes a chord with the viewers, since we are all ultimately just trying to be better versions of ourselves. Moreover, the courage and desire to do good that mostly radiates from all the characters on the show is a definite takeaway for the audiences which cements the popularity of ‘Station 19’ and ensures its continuation.

In season 3, we will see the firefighters of Station 19 take on new challenges, rally forth to help society even more, and better themselves and improve relationships with other team members in the process.

Station 19 Season 3 Release Date: When does it premiere?

While we wait for season 3, check out the trailer for season 2 below.