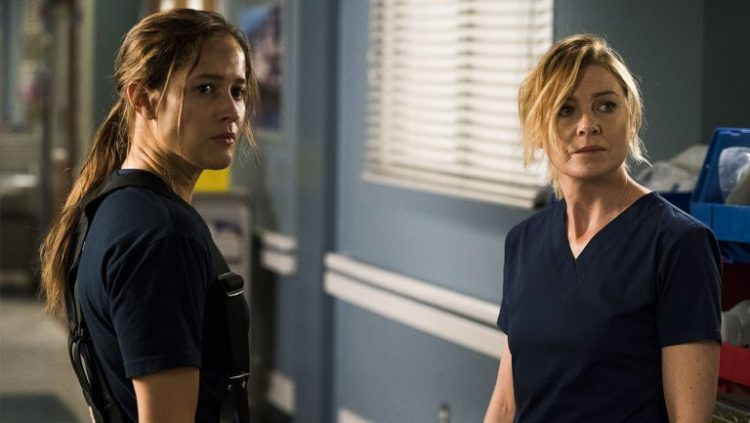 Prior to the release of ‘Station 19’ season 4, star Jaina Lee Ortiz had hinted that the fourth outing would give us the much-required answers about Andy’s mother. And the premiere episode, which dropped this week, does resolve our questions — while engaging us with 60 minutes of drama and hilarity. There are also two big shockers! More on that later. Let us now check out the details of the show’s next episode.

Station 19 Season 4 Episode 2 Release Date: When Does it Premiere?

Titled, ‘Wild World’, the second episode follows Andy as she takes the day off to tend to her family matters. On the other hand, Maya and Carina deal with the COVID-19 social distancing protocols and try their best to maintain their relationship while not being able to physically meet. Sullivan decides to put more effort into his sobriety.

‘Station 19’ is an ABC series, so you can watch it on your television screens with a cable connection. If you have an existing cable subscription, you can head to the ABC site to stream the episodes the next day after their tv premiere. Cord cutters can use live-streaming options like Direct TV, Fubo TV, or YouTube TV. If you want to watch the already released episodes of the show, you can catch it on Hulu or Amazon Prime (where subscribers can buy and stream the episodes).

Episode 1 kicks off with Andy meeting her apparently late mother. But she starts to hyperventilate after she sees Elena. On the other hand, Sullivan has now joined a private fire company where he trains prison inmates on how to fight wildfires. Coming back to Andy, her aunt Tia requests her to hear Elena out. But Andy does not want to hear anything. Tia pursues her niece and explains that Elena had kept quiet all these years as she did not know what to say.

Finally, Andy returns to the motel room and Elena confesses that when her daughter was born, she was overwhelmed. She says: “I loved you, but I also resented you. And I resented your father forgetting to do the one thing we both wanted to do.” Elena then explains how she went away to New York and worked as a firefighter. However, she had never said that she was dead — it was Pruitt.

On the other hand, Travis and Vic reach a site to treat a burned victim named Kaden, who is then admitted to Grey Sloan. At the station, Vic asks Travis about who he had met on the dating app. He reveals that he had seen his father. In the final moments of the episode, Andy delivers a touching eulogy for her father, bringing everybody on the Zoom call to tears.

Robert later informs Andy that he had taken morphine, and now he is scared that he might get addicted. He adds that he needs to focus on his recovery. Robert also says that he needs to separate from his wife for three months so that he does not relapse.

Read More: Where Is Station 19 Filmed?