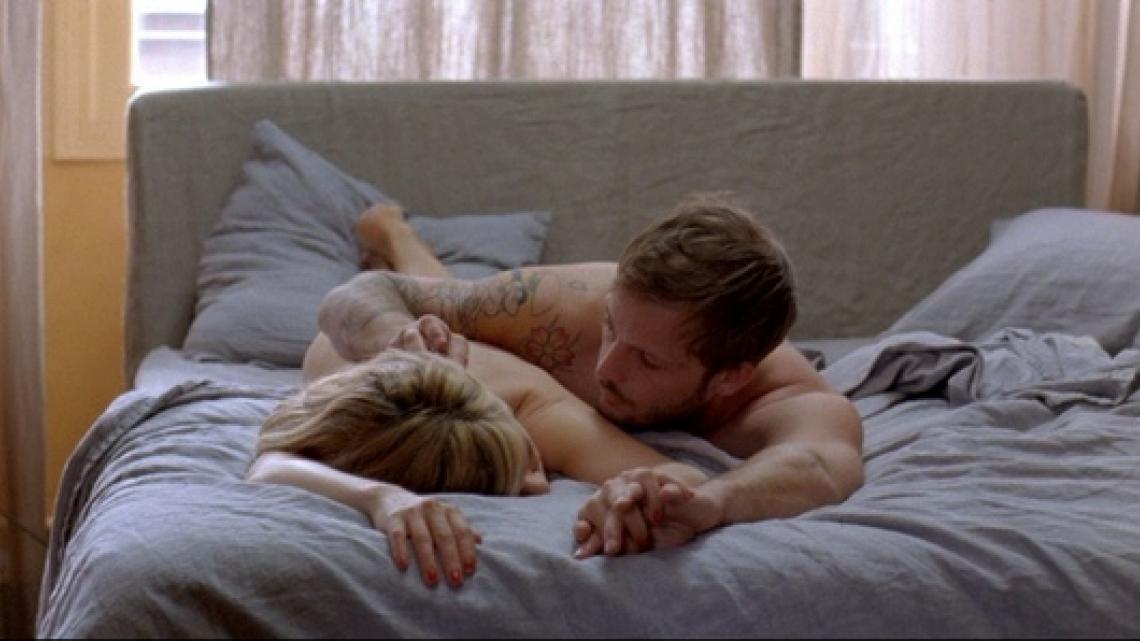 French filmmaker Antony Cordier’s ‘Four Lovers,’ alternatively known as ‘Happy Few,’ is more of a relationship drama than an erotic romance, although there are plenty of steamy scenes that are going to leave the audience hot and bothered. Two sets of couples, Rachel (Marina Fois) and Franck (Roschdy Zem) and Vincent (Nicolas Duvauchelle) and Teri (Elodie Bouchez), discover that they are attracted to each other’s spouses and decide to swap partners. Their previously moribund and predictable lives are forgotten. However, there is a sense of urgency in the actions of each character, subtly acknowledging that they know that the utopia they have built will not last forever. A time will come soon enough when they will have no choice but to part ways. 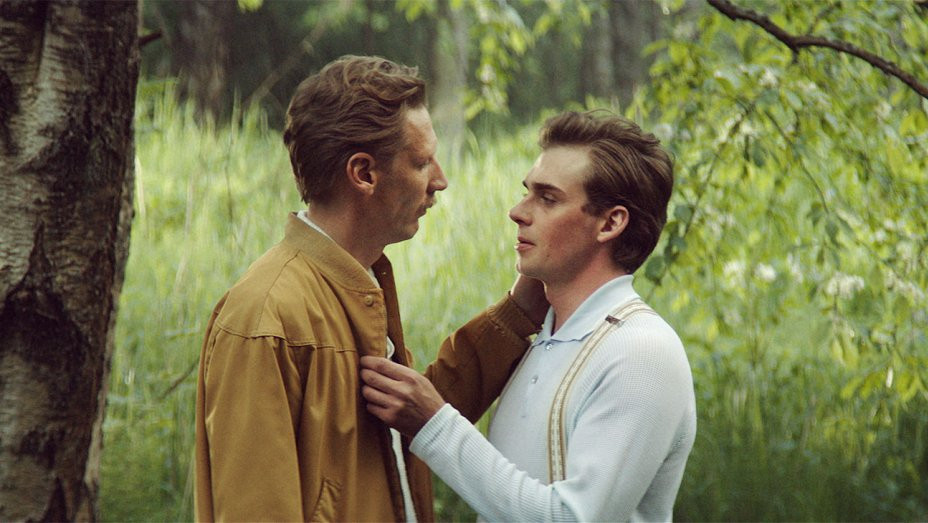 The Finnish biopic is an uplifting story about Touko Laaksonen, the real-life artist whose distinctively masculine and homoerotic works inspired a generation of young men and women to be true to themselves and embrace their sexual identities. Touko endured discrimination and homophobia all his life. He discovered that his works became highly sought after in the 1950s and 1960s US, where his contribution to gay culture was deemed immense. 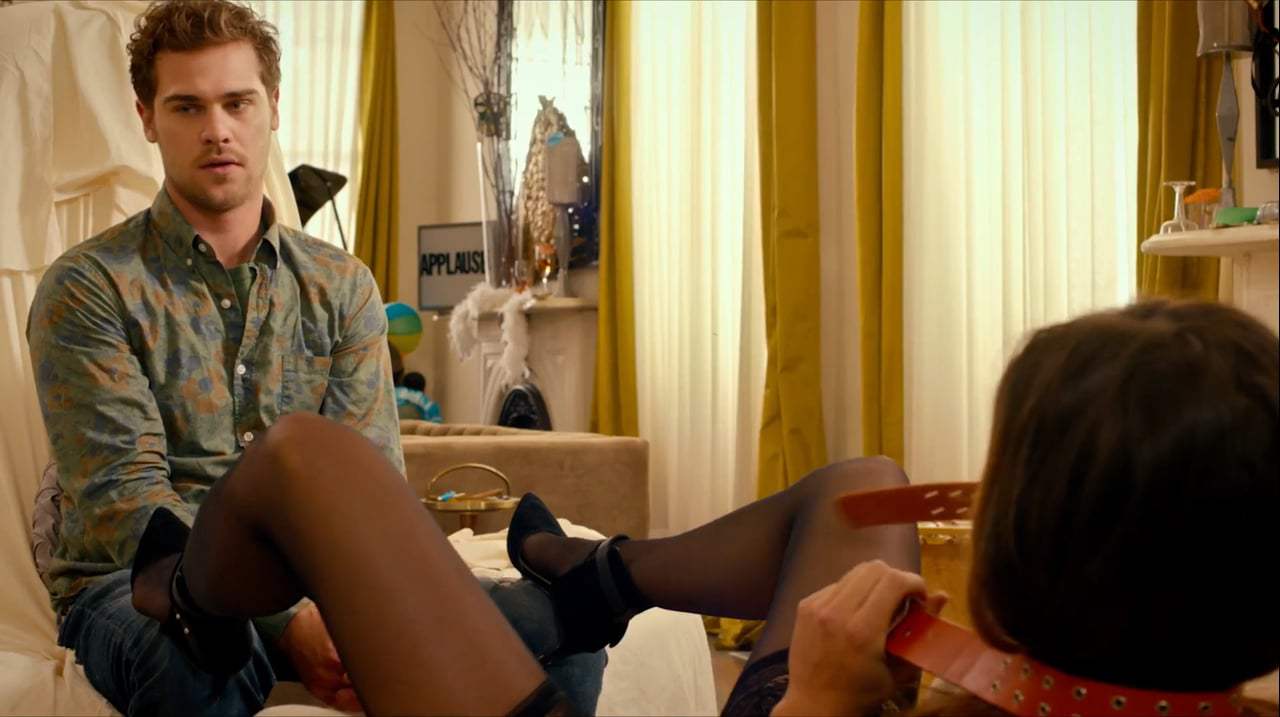 Since his relationship with his ex-fiancée ended, Kevin (Grey Damon), a construction worker who dreams of becoming an entrepreneur, has maintained a vow of celibacy. His resolve is seriously tested after his meeting with Zade, who is an escort. The perpetual optimist wants to win back his former flame someday, but Zade teaches him the value of living in the moment and letting go of the past that has become a constant source of pain. ‘Sex Guaranteed’ is a raunchy, lightweight film without an iota of pretension. It is the second feature film of the directing-duo Brad Barnes and Todd Barnes, who have previously enthralled their audience with a delightful crime comedy named ‘The Locksmith.’ 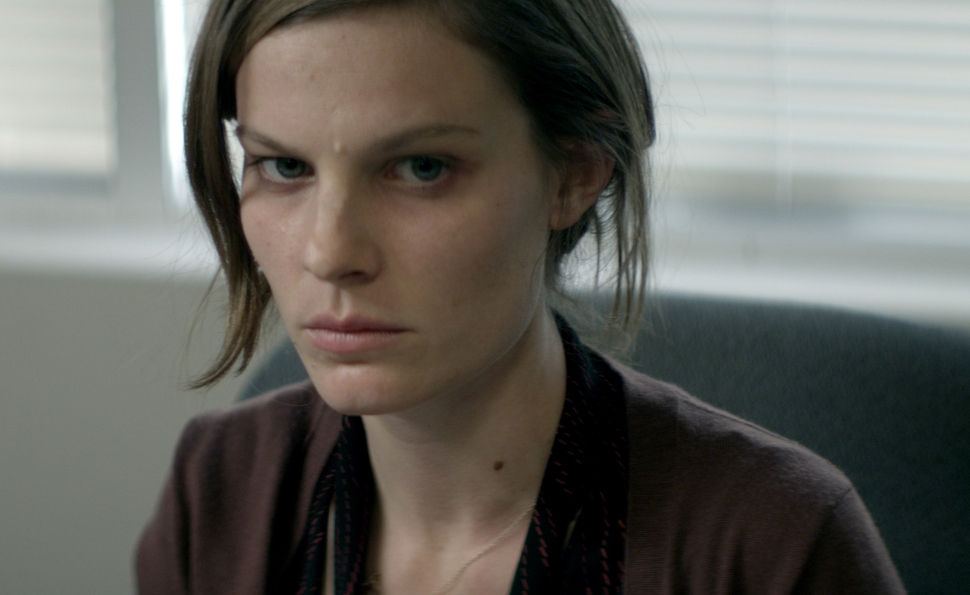 Hannah Fidell’s ‘A Teacher’ explores the forbidden relationship between a female teacher and her male student. Diana Watts (Lindsay Burdge) teaches English at a high school in Austin, Texas. When her roommate Sophia (Jennifer Prediger) sees that someone named Eric has been messaging Diana, her interest is understandably piqued. Diana evasively answers that this is a man she met at the school. It is later revealed that Eric (Will Brittain) is actually one of her students. The film is purposefully an uncomfortable watch, as it subtly poses moral and ethical questions while showing narrative through the perspective of an unreliable narrator. Fidell developed a TV miniseries from the film. It premiered on FX on Hulu in November 2020. 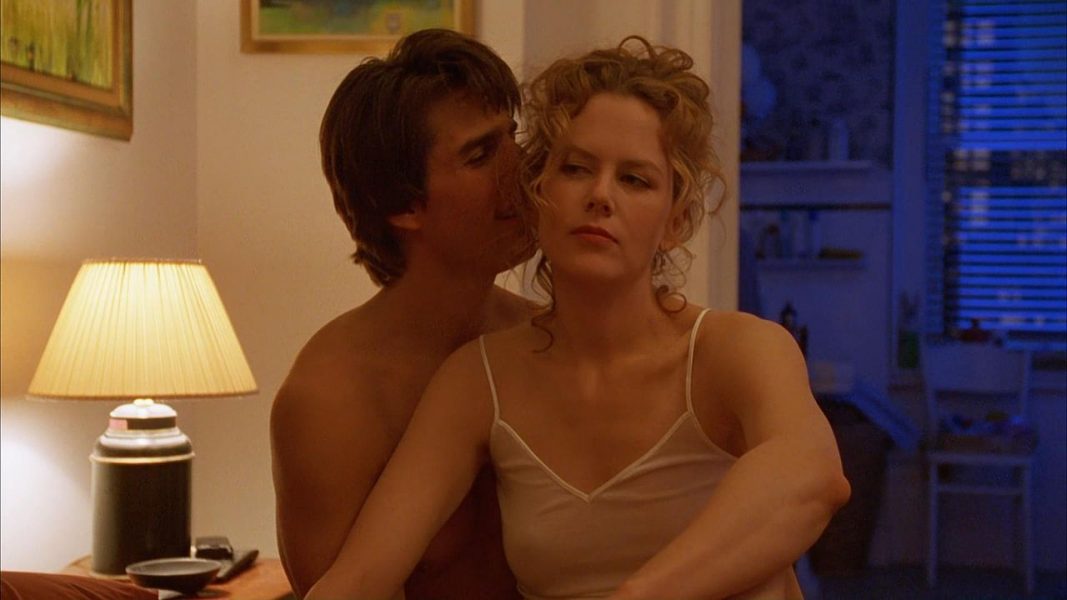 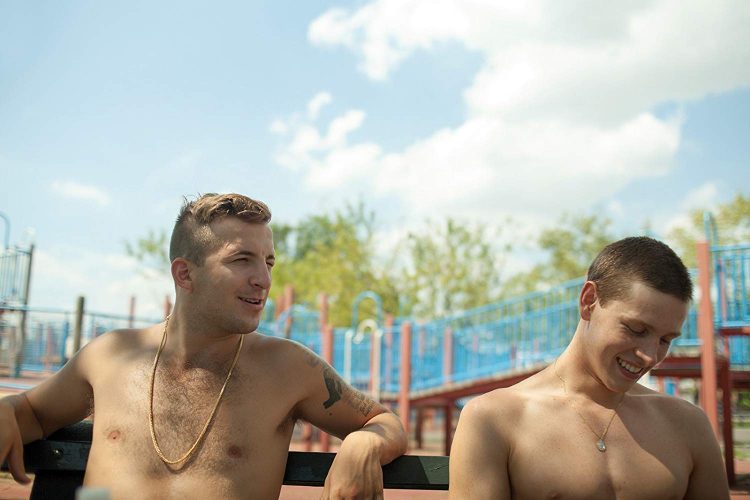 This homosexual-themed movie shows how social pressure and self-denial can cause a person’s downfall. Frankie is the main character in ‘Beach Rats.’ He is living a somewhat problematic life. His father is seriously ill and is on his deathbed. His mother is constantly pressurizing him to get into a relationship with a girl. He is kinda confused about himself. As much as he would like to have a girlfriend and lead a “normal” life, at his core, Frankie is different.

He likes to have casual encounters with men on beaches and just have sex with them. He also starts indulging in sex with older men so that there would be a lesser chance of them knowing any of his friends. Being frustrated, Frankie starts relying on drugs to find solace, and a downward spiral begins, which consumes his life. Even though we see a lot of sex in the movie, ‘Bleach Rats’ tries to show an important and real issue plaguing our society. 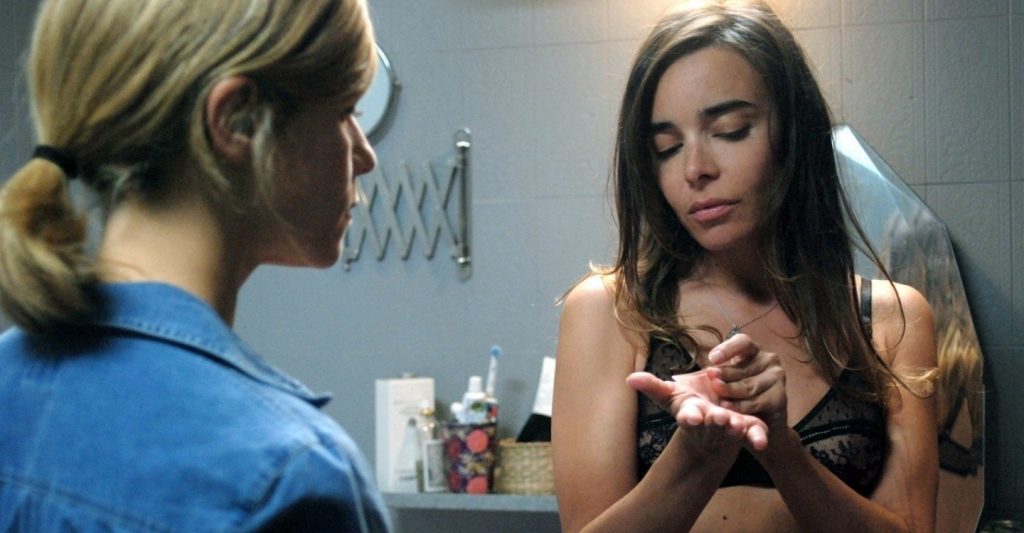 ‘Four Lovers’ is a film that tries to push the boundaries of what we call natural and legitimized sexual practices. The story of the film begins when a jewelry shop owner Rachel comes across a web designer called Vincent and immediately gets attracted to him. She decides to invite Vincent and his wife Teri for dinner, where her husband Franck develops a fascination for Teri.

This seems to be an opportune moment for the four of them to have sex outside the boundaries of their respective marriages without having any drama to deal with. The four of them plan that they will not attach any labels or restrictions on their relationships and will only have fun. But eventually, “fun” seems to slowly go out of hand as the human hearts begins pulling their own strings, and stories of love, jealousy, and betrayal play out. 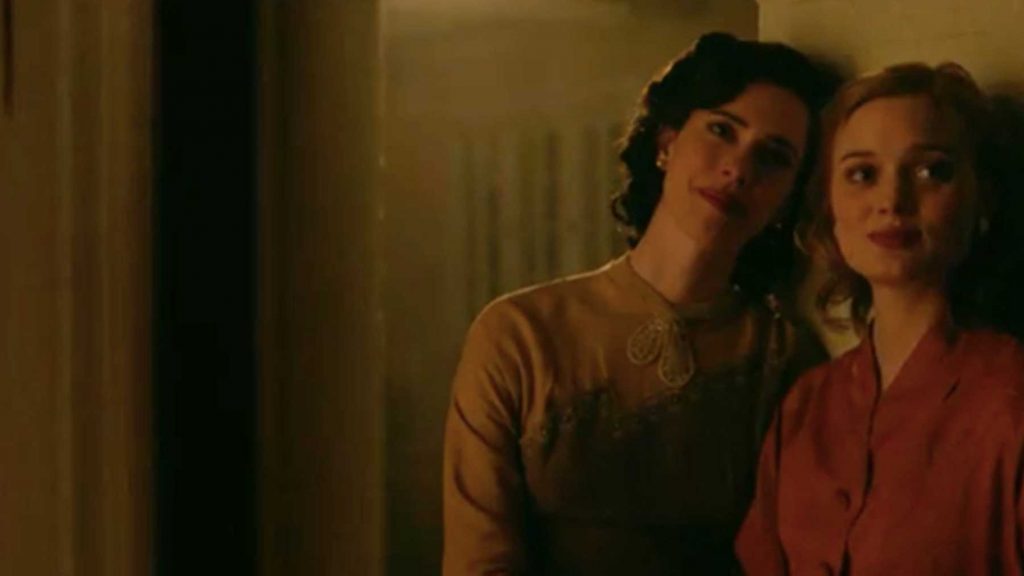 Wonder Woman is one of the most popular superheroes in the world. Her influence has spread far and wide, and with the 2017 film ‘Wonder Woman,’ starring Gal Gadot, DC has been able to make the character relevant for the younger generations as well. But do you know the interesting story of how the character came to be in the first place? If not, ‘Professor Marston and the Wonder Women’ is a film you should check out immediately.

Psychologist William Moulton Marston is the creator of Wonder Woman, and he took inspiration for the character from his wife, Elizabeth, and his mistress, Olive Byrne. Interestingly enough, Elizabeth and Byrne also had mutual attractions for each other and even carried on living together after Marston passed away. The sexual attraction between the three leading characters becomes a major aspect of the film, which also deals with the way Marston fended off his critics who were up in arms against his new creation. 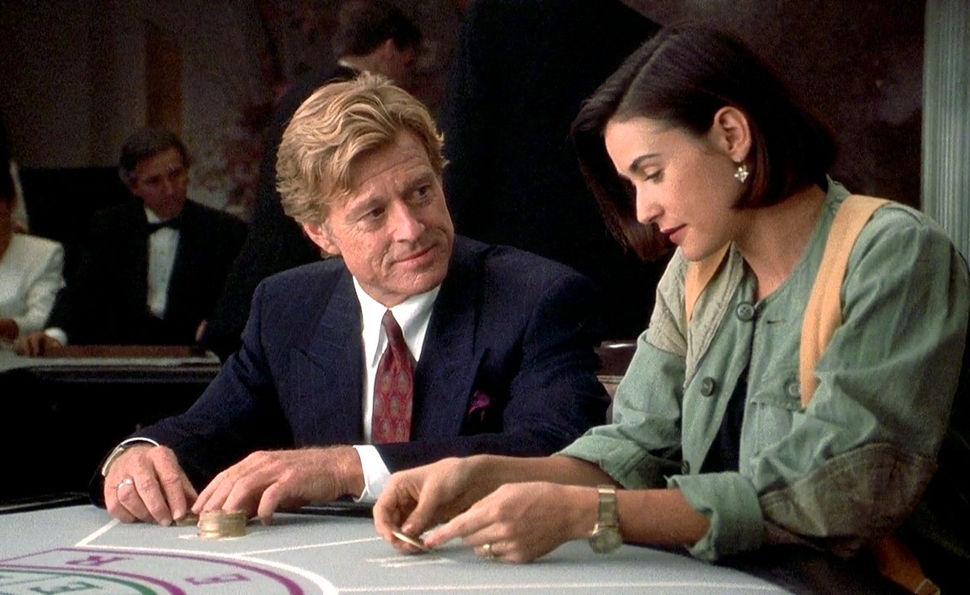 Robert Redford, Demi Moore, and Woody Harrelson star in this Adrian Lyne directorial, which is based on a similarly-titled book by Jack Engelhard. The story revolves around a couple, David (Harrelson) and Diana Murphy (Moore), who are in Las Vegas on a gambling trip. Here, they come across billionaire John Gage (Redford), who immediately takes a fancy to Diana and makes a rather interesting proposal to the couple- he wants to spend one night with Diana, and in exchange, he is ready to give them a million dollars.

Though initially hesitant, David and Diana decide to go for it, and the plan goes on as discussed. However, the problem arises later when David keeps getting jealous and imagines in his own mind that Diana might want to leave him at some point. The film is not that interesting and follows the usual plot points that films on jealousy and betrayal tend to focus on. 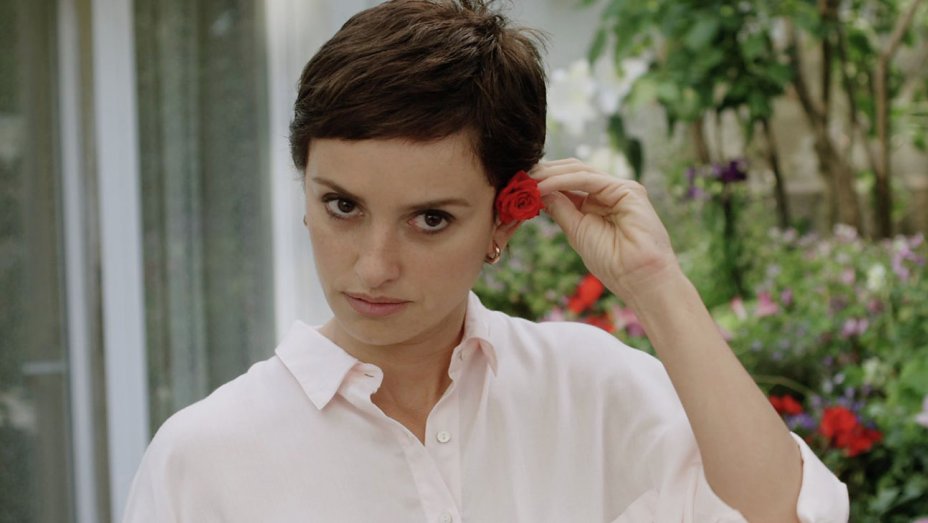 The fact that Penelope Cruz is one of the most powerful actors of her generation is something that has been long-established with her films in collaboration with Pedro Almodovar. This film finds her working with Spanish director Julio Medem, and we can easily say that the film boasts of one of the best performances by the actress.

Cruz’s character in this film is called Magda. She is a single mother who works as a teacher and lives a rather quiet life. But Magda’s world turns completely around when she discovers that she has breast cancer. While undergoing treatment, she becomes close to two men who show her that love and life can still have a lot of meaning when all seems lost. One of these men is a football coach at her son’s school, and the other one is the doctor to whom she goes for her treatment. If the film had a better screenplay with more nuanced characters, it could have done justice to the effort Cruz puts in as the leading character.