Steins;Gate was developed by 5pb. and Nitroplus before being adapted to a full-length anime series two years after its release. Following the success of the original Steins;Gate, we got yet another anime visual novel in the form of Steins;Gate 0 for PS4 and PS Vita. The sequel surpassed all expectations, and we expect more to come from the franchise. If you have a thing for dark and twisted tales, we strongly recommend checking Steins;Gate 0 out. It does not matter whether you opt to play the visual novel or watch the anime and it is completely up to your personal preference. There are two versions of the game, with the Japanese variant being much darker than the western release. 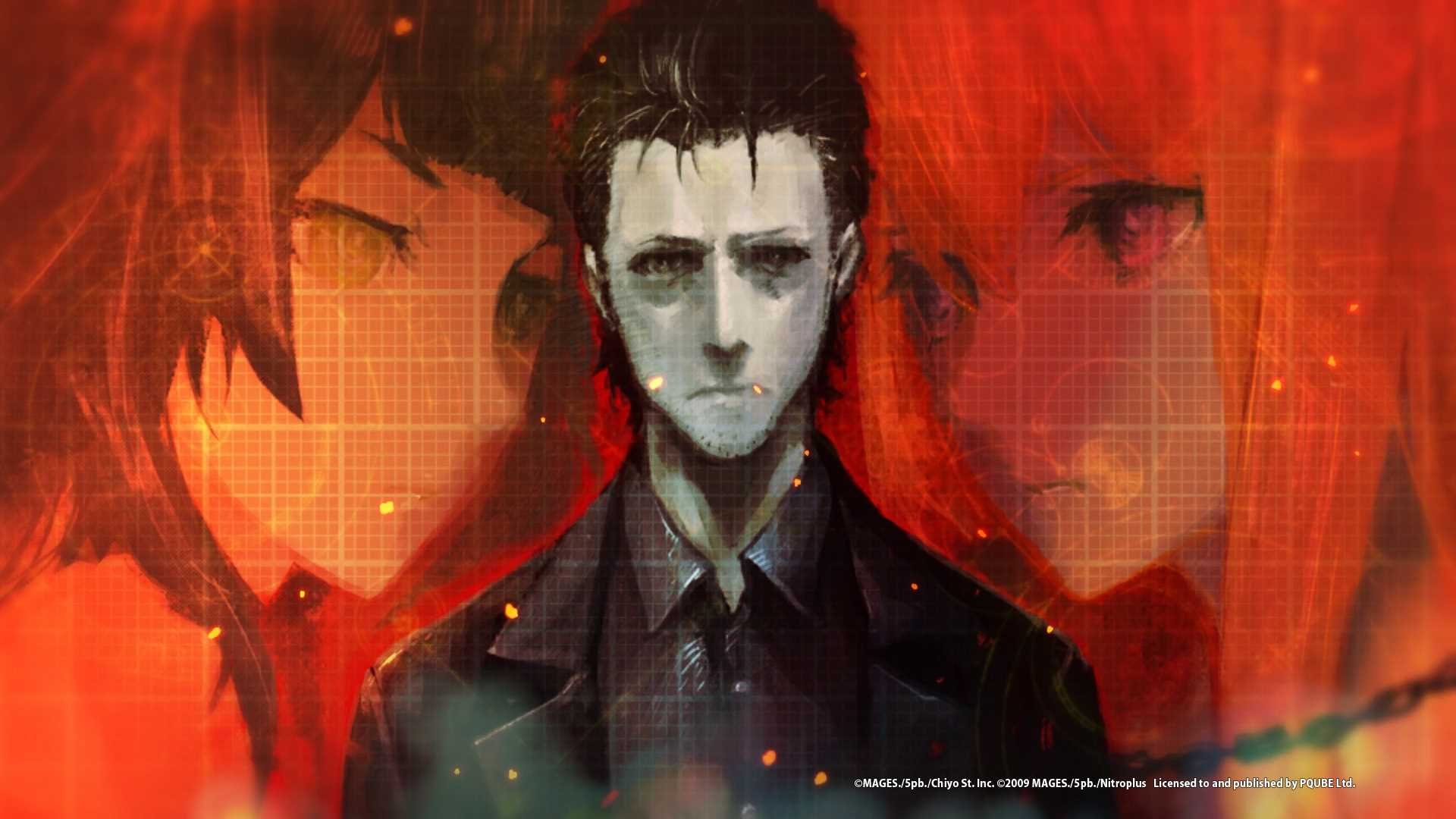 Following the events of Steins;Gate, Okabe finally finds himself in the Beta worldline and is visited by Suzuha who travels to Okabe using her time machine. Even though Okabe had avoided the dystopia of the Alpha worldline and all other parallel universes connected to it, the Beta worldline can potentially suffer the same fate. The only way to prevent the world from going into ruin is to save Kurisu from being murdered and preventing World War 3. But the truth is, there is no way to save her.

A parallel we can draw from the setting is what we experienced in Life is Strange. No matter how hard Max tried to alter the events of the past to keep Chloe from dying, it only made things worse. Despite his attempts, Okabe becomes a tool of fate itself and ends up killing Kurisu. While Okabe does have the option of going back in time and trying again, he can’t bring himself to see the love of his life die one more time. With no clear solution to the problem, Okabe receives a transmission from his future self. The only way to saving Kurisu is to find the perfect timeline which we know as Steins;Gate.

Coming back to the present, Okabe finds himself sinking in guilt after killing Kurisu. He ends up destroying the time machine and all traces of his research. All that is left of Okabe is an empty shell of a man he used to be. We are then introduced to Maho, a neuroscientist who also happens to be a close friend of Kurisu’s. After learning about Okabe’s relationship with Kurisu, Maho offers to help. It is revealed that Maho had been working on a human memory backup mechanism that could restore the personality, voice, and memories of Kurisu. We have seen a similar theme in ‘Black Mirror’s ‘Be Right Back’ episode. At the end of the day, it is all science fiction. While it might be possible for humans to preserve their memories, personalities and physical characteristics in the future, one life is all we have. However, things do not have the same stakes in Steins;Gate 0. Kurisu’s death can lead to World War 3 and Okabe realizes that the only option is to go ahead with the Amadeus protocol. 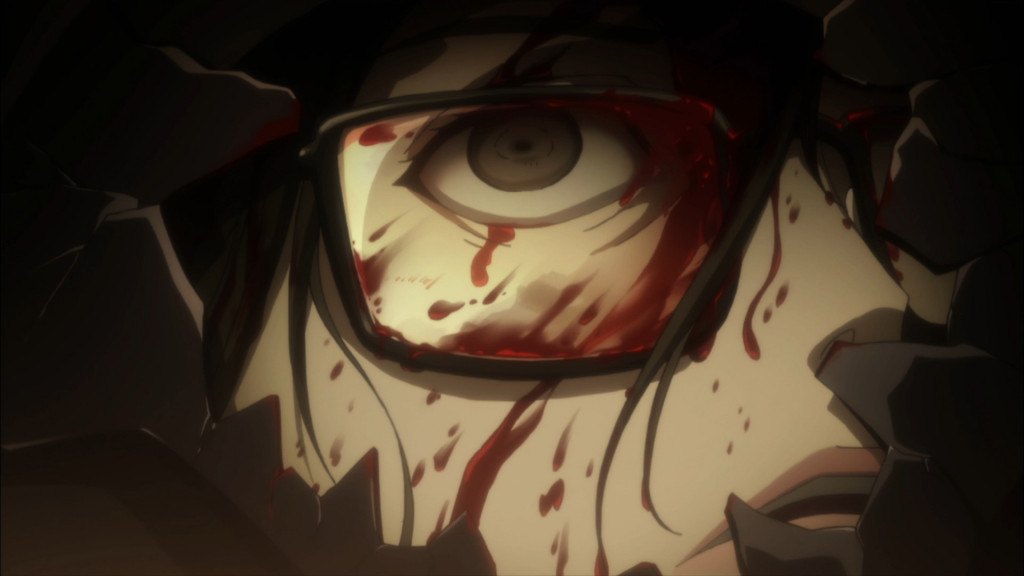 Unlike the original Steins;Gate, which had just one true ending in the game, there are multiple endings in Steins;Gate 0. If you are watching the anime, you get to explore only one of many possible endings that you get to experience in the game. There are two major story branches, and if you liked 2019’s ‘Black Mirror’ episode, you will know what to expect with two major story branches leading up to multiple possible endings. At the end of the day, there are just two important paths you take, and your actions within the game determine which way you are headed.

The story’s outcome is dependent on how you interact with Amadeus. Over the course of the game, Amadeus will call Okabe multiple times and your decision to accept or reject the calls is what determines which story branch you receive. Beyond that, your interactions with Amadeus changes the sub-branches of the plot and of course, the final ending. Even if you choose not to interact with Amadeus, you will notice that the game world changes significantly. One of the best things about Steins;Gate 0 is how unpredictable it is. You will never be able to foresee how your actions will play out and with the absence of time travel, there is no way for you to go back on your choices. The story makes you feel as helpless as ever with its narrative.

While at first sight we are made to believe that Okabe is the protagonist of the tale, it is not true. The storyline follows the paths of multiple characters and your decisions not only affect Okabe but also a number of other major characters. We get a closer look at some of the other series veterans like Daru and Mayuri. The power of knowing the future courtesy of time travel might be something many of us desire, but it is also just as scary. Seeing yourself lose those you love or even knowing when you die can take a toll on many. The fact that almost all timelines lead to the same outcome for some of the characters makes it very difficult for them, even though they know they can’t alter the rules of time. We not only get to play as Okabe throughout the story; we also explore the world through Maho’s eyes from time to time. She finds herself in a state of conflict after realizing that Okabe knew her best friend better than she did. None of the central characters are able to get past the shock of losing Kurisu.

Soon after the events of leading up to the introduction of the Amadeus protocol, we get to see the world through the eyes of Suzuha. The Suzuha we see in the Beta timeline is quite different from the character we see in the Alpha timelines. With Okabe’s failure falling heavily on everyone’s shoulders, Suzuha wants to go back in time to try to save Kurisu one last time. However, she fails her mission and ends up getting a little girl trapped in a different timeline, which complicates the plot even further. While the characters are the same as the Alpha worldlines, their Beta counterparts are quite different. 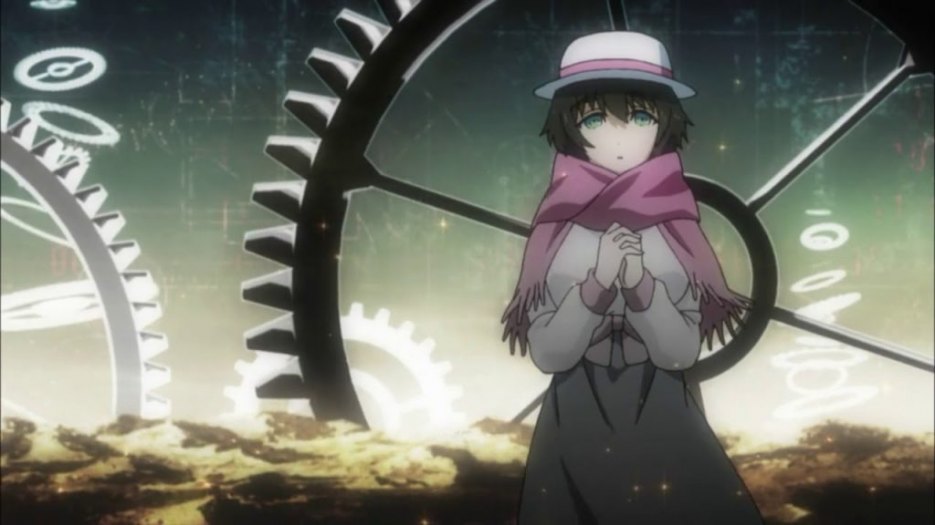 This section is relevant only to the game as you can alter the storyline of Steins;Gate 0 in the visual novel while the anime is quite linear. The first story path is based on the Epigraph trilogy from the original Steins;Gate novels. This is the same storyline you get to experience when you watch the anime. The visual novel, on the other hand, has an alternate path that you can follow. We strongly recommend playing the original Steins;Gate if you want to try out the second visual novel in the franchise.

One of the merits of opting for the visual novel over the anime is the character arcs. If you want to check out both story arcs, it will take you more than 30 hours of gameplay. Both stories are just fantastic, and we recommend going for the second playthrough because of the variance between them. We have seen several games that allow you to make choices, but the outcomes usually end up being the same. Some of the biggest culprits include the Telltale Games. While they are quite fun, they usually have the same conclusion to the story. Fortunately, Steins;Gate 0 moves away from the formula and lets you dictate the fate of the world around you. Aside from the two major story paths, there are four side endings. Not all of them offer the same sense of accomplishment after you beat the game. 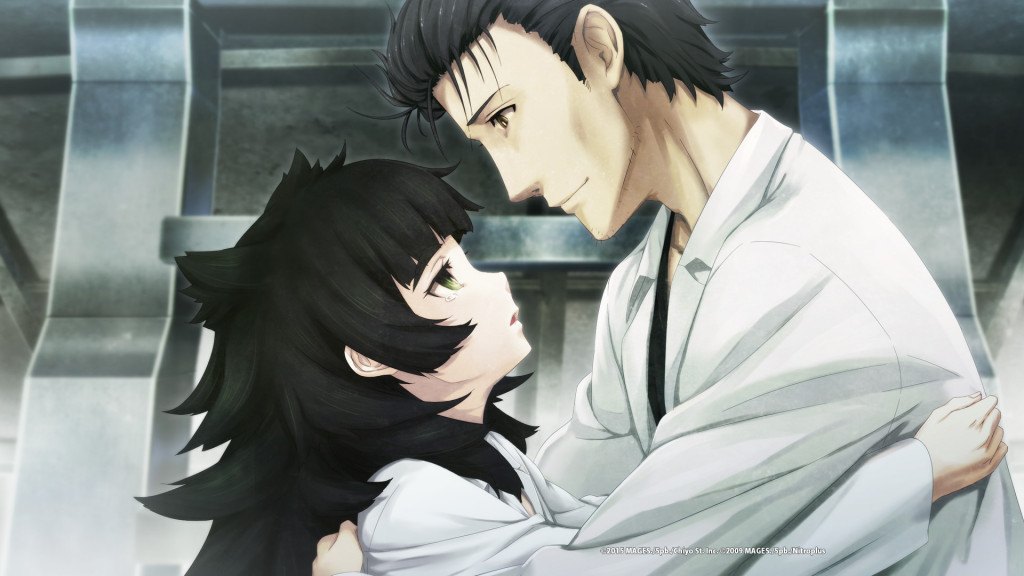 Steins;Gate 0’s ending can be quite confusing, especially if you do not keep track of which worldline the characters are in. We will take a closer look at the “main” ending which was shown in the anime and the other endings that appear in the visual novels. At the end of the story, Amadeus gets removed from the system with the help of a D-RINE. Daru created an untraceable message. However, it is unknown if the events leading up to World War 3 will still take place or not. Considering Nakabachi has been defected, the possibility of impending war is something most fans are afraid of.

To truly reach the perfect timeline, or what we call Steins;Gate, Suzuha needs to travel all the way back to 2010 and warn Okabe about the events that lead up to World War 3. Only then does Okabe’s attempts at saving Kurisu work out while every other possibility ends up in Kurisu’s death. Suzuha also needs to receive a D-Mail in 2011 that warns her about the world line being shifted, and she needs to take Mayuri back to the past. Once Suzuha is back in the past, Mayuri must successfully convince Okabe to not give up on saving Kurisu. If you fulfill all of the above conditions in the game, Okabe will receive an email from the future (2025) after he fails to save Kurisu. The D-Mail will explain how Kurisu and Mayuri can both be saved, thus preventing the events leading up to World War 3.

After successfully saving Kurisu, it is up to the player to save Okabe. We see Okabe come up with a master plan that involves faking Kurisu’s death in a plane accident which will also destroy all of the research papers. However, for the plan to work, Okabe needs to leave the 2025 timeline. If he successfully prevents a time paradox by time traveling back to the first time machine, which was used by Suzuha and Mayuri, he removes his existence from 2025 to start with. This is where most fans were left confused as we saw a younger Suzuha in 2025 but she is not the same Suzuha who goes back to Okabe in Stein’s Gate. All of the above events lead up to the final sequence of the visual novel. We see Okabe arrive in 18000 BC and he finds Suzuha and Mayuri in what appears to be a wasteland.

Ending 1: None of the time machines continue to function and Okabe, Suzuha and Mayuri die in the wasteland.

Ending 2: Okabe’s time machine continues to work, and he successfully takes Suzuha and Mayuri to 2036 to the Steins;Gate timeline. This is the same timeline where Okabe arrived at the end of the original Steins;Gate series. 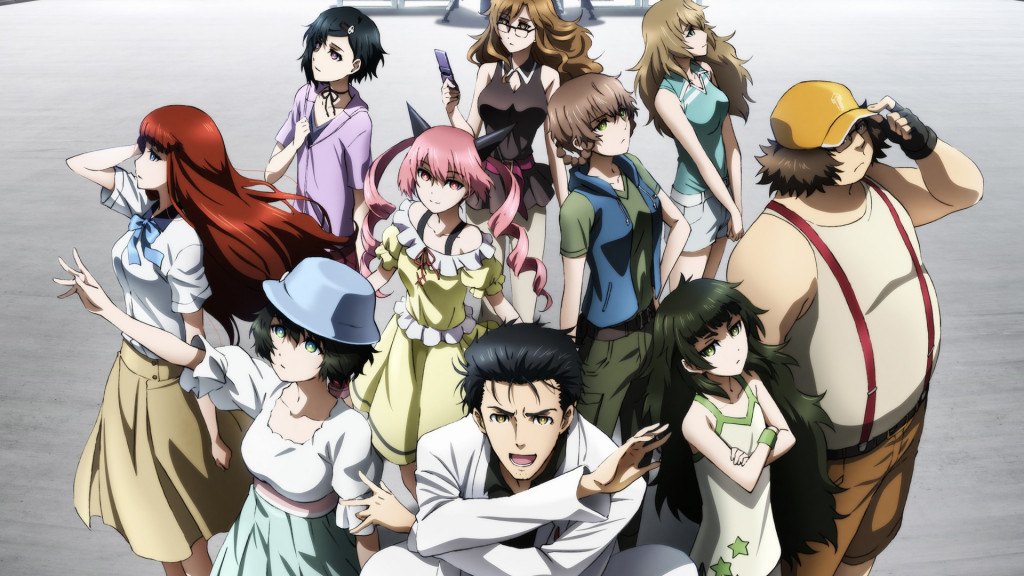 If we had to compare Steins;Gate 0 with Steins;Gate, it would be quite difficult to choose one over the other. Both the games/anime combine to form the same compelling story except the worldlines are different. It is up to you whether you want to watch the anime or play the games, but they are definitely worth your time. Keeping up with the events of both the Alpha and Beta worldlines can be mildly frustrating but the overlapping events in time make the story so engaging.