15 Best Movies You Must Watch if You Love Stephen Hawking

Science is not for everyone. It is complex, minute and for most people, it just passes over their head (not to complain, or anything!). But there are some people who are born with the curiosity to venture into science. They see the beauty of the universe in the numbers and theorems that seem complicated to the normal eye. Their brains seem wired to something greater that helps them understand and analyse things ranging from the constituents of an atom to the workings of a supermassive black hole. From the life in the depths of Mariana Trench to the presence of water in the other planets, there is nothing that escapes their scrutiny. Interesting bunch of people, these scientists!

If you are one (you lucky smartass!), or want to be one, or are just a normal person who wants to know how the grass looks on the other side, you should watch the following films based on the life of some renowned scientists. You are going to love these movies if you happen to love Stephen Hawking. 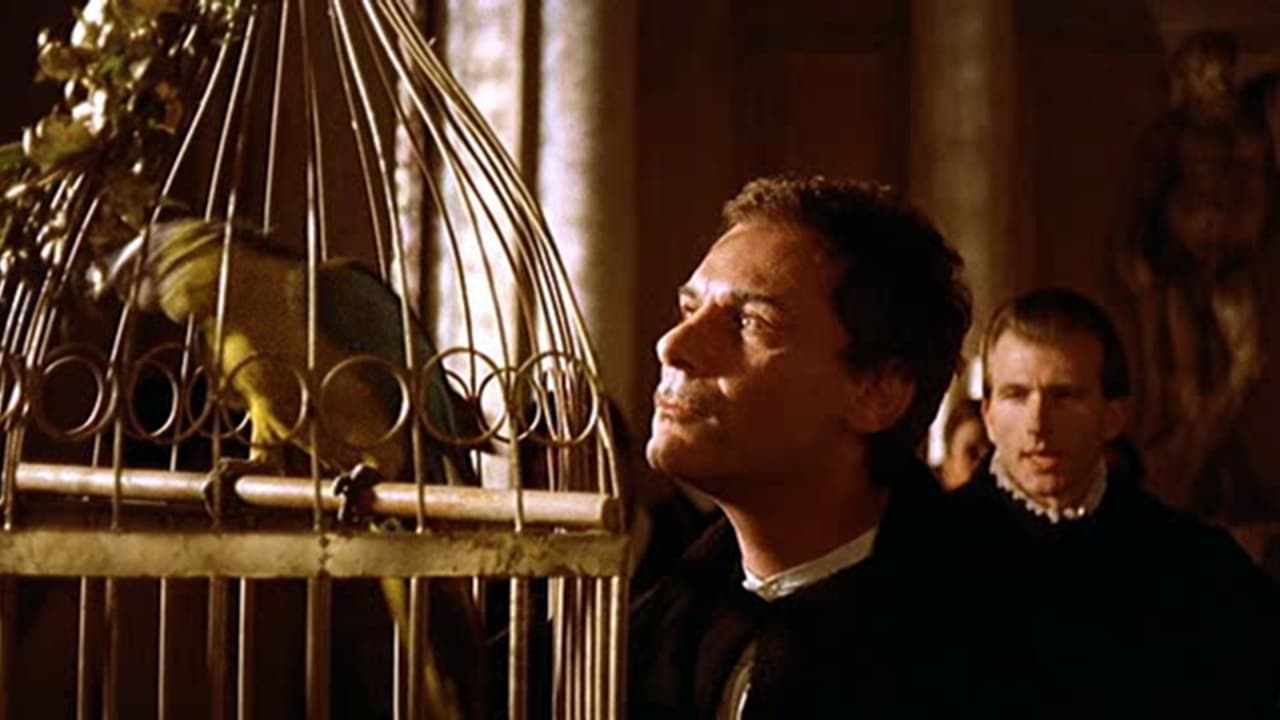 The influence of the Church had created a tense atmosphere for scientists, freethinkers and philosophers in Europe. Giordano Bruno was one such man. Known for his revolutionary theories in science and his open-minded philosophies, he was rebuked by the Church and was declared an enemy to it. Running for his life, he hid in Venice. But he was constantly surrounded by people who wanted his head for heresy. 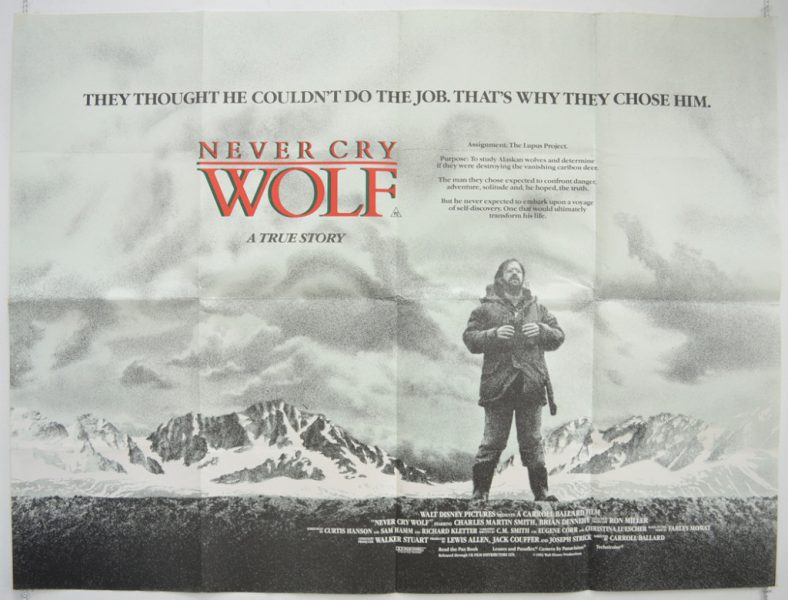 This film is based on the book of the same name by Farley Mowat and shows his experience in the Canadian Arctic wilderness. It shows a young biologist named Tyler who is assigned by the government to investigate the reasons for the declining population of caribous in the isolated Arctic wilderness. It is believed that a wolf-pack is responsible for this. Tyler is to catch a wolf and examine the contents of its stomach. On the surface, the task seems pretty simple, but Tyler soon realises that the wilderness is far too dangerous. 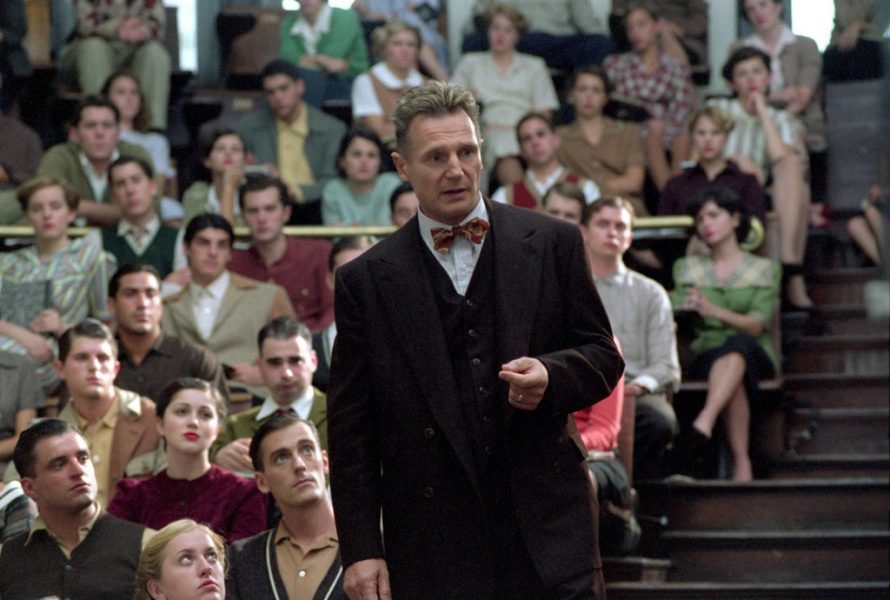 This film tells the story of Alfred Charles Kinsey, played by Liam Neeson, a biologist and sexologist who tried to scientifically address the idea of sexual behaviour in humans. Through flashbacks, we see Kinsey’s childhood and the events that affected him. It shows his struggle within the scientific community for addressing an issue that shouldn’t be given as much thought while tackling his personal problems. 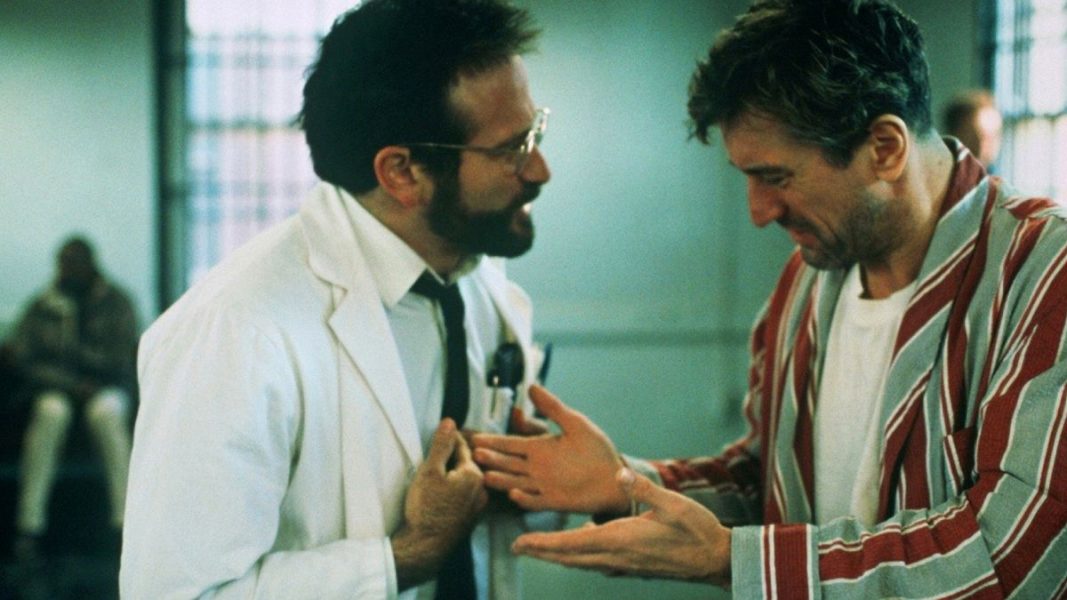 This film stars Robin Williams as Dr Malcolm Sayer and Robert De Niro as Leonard Lowe, one of his catatonic patients. It shows how he dealt with his patients, tried different ways to treat them and help make their lives normal, and how he discovered the effects of L-Dopa for their treatment. His efforts resulted in the complete “awakening” of his patients, and the film follows the events of the patients trying to settle in their new life and the role of Dr Sayer in their lives. The film received nominations for three Academy Awards: Best Picture, Best Actor (for De Niro) and Best Adapted Screenplay. 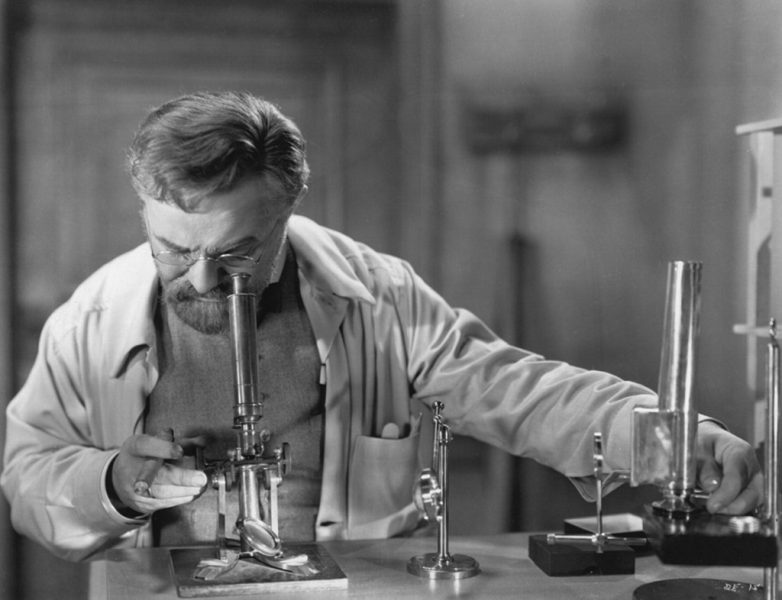 This film is based on the life of Dr Paul Ehrlich, a German doctor and scientist. Ehrlich is a genius but shows a constant disregard for rules and regulations. He doesn’t want to be bound by the bureaucracy that controls the work in the hospital. He puts forward his idea of selective colour staining for diagnostic purposes. During the research, he contracts tuberculosis, and during his recovery, he discovers a way to segregate the tuberculosis bacillus and finds a cure for syphilis. The film faced some controversy due to its subject matter but went on to be nominated for an Academy Award for Best Original Screenplay. 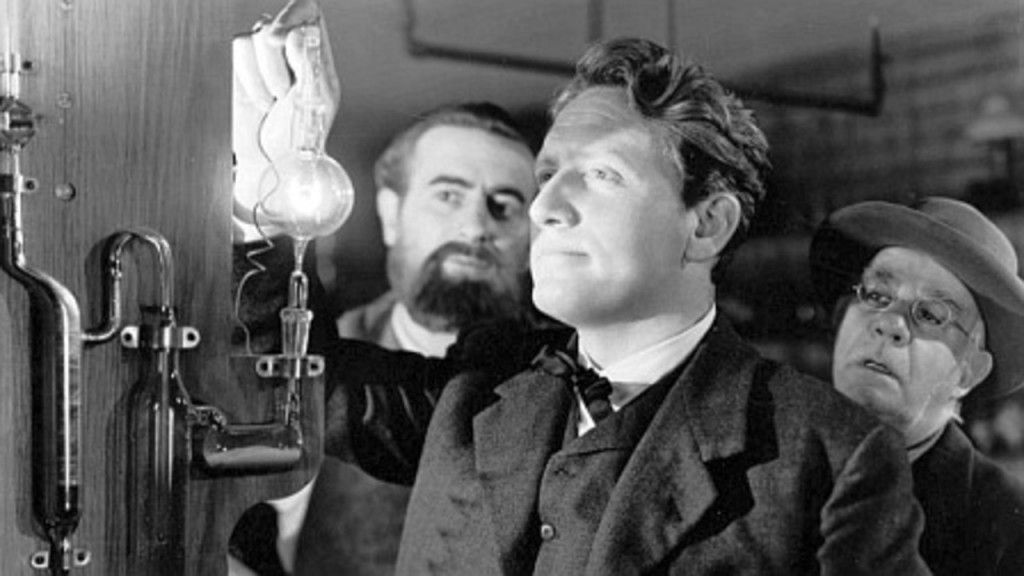 This film tells the story of how Edison broke from the shackles of the mundane life that held him back and went on to invent the electric bulb. Considered the complementary film to ‘Young Tom Edison’, a film that covered Edison’s life as a young boy, this film starts in 1869. Edison is caught up being a telegraph operator and wants to find a way to fund his inventions. He moves to New York and soon finds everything his life had been leading up to. This film tried to stay true to its source, but you can expect some exaggerations along the way. 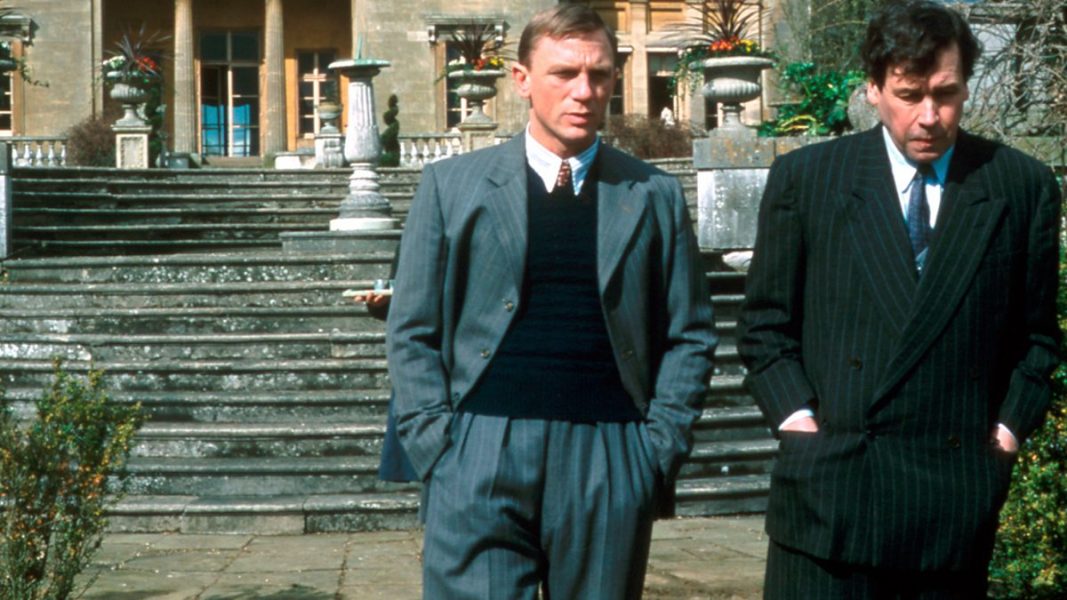 This film is based on a meeting between two distinguished scientists of all time, Niels Bohr and Werner Heisenberg. The year is 1941, the Second World War is raging in Europe and the talks of the Germans getting hold of an atomic bomb are creating trouble among the Allied powers. In Copenhagen, Bohr and Heisenberg meet to discuss the fate of the world, their respective works in science and how Heisenberg was related to the German research for the atomic bomb. 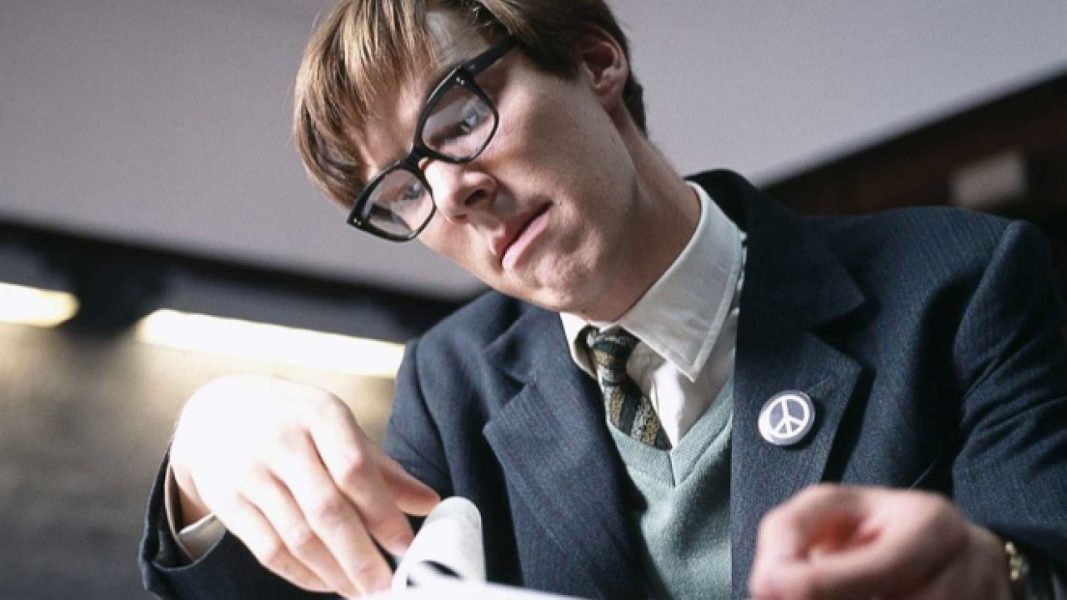 Before Eddie Redmayne bagged an Oscar and turned his career around to better things, Stephen Hawking had been portrayed onscreen by another British actor, though not as accomplished at the time, Benedict Cumberbatch. For the people who have seen ‘The Theory of Everything’, this film might seem an unnecessary watch. But people who want to see Benedict Cumberbatch take one of the most challenging roles of his life, this film is a treat. 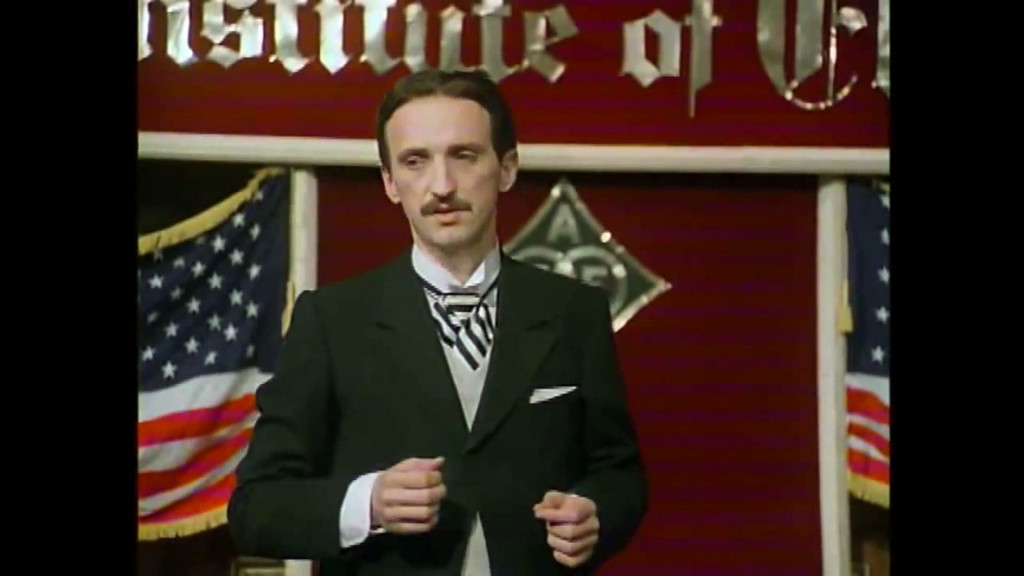 Based on the life of one of the most celebrated, and perhaps a bit controversial, scientists, this film starts in the early days of Nikola Tesla in the Austro-Hungarian Empire. It shows his college days in Europe, his life in New York and the acquiring of American citizenship. It also indulges his eccentric character, his approach and imagination towards solving problems, his relentless pursuit for limitless energy and his rivalry with Edison. 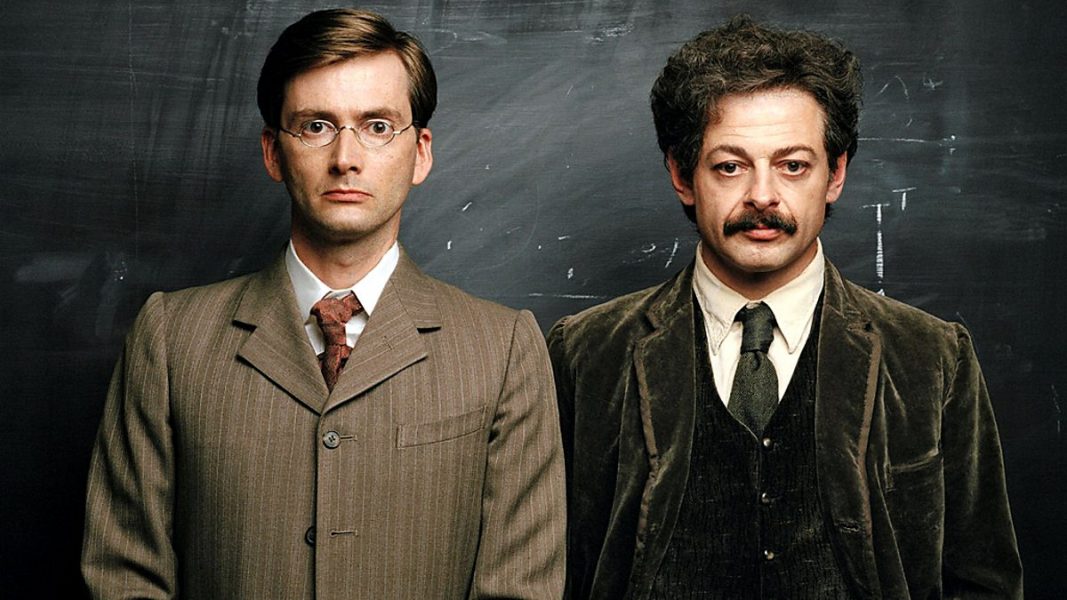 Starring Andy Serkis as Albert Einstein and David Tennant as Sir Arthur Stanley Eddington, this film portrays their relationship in the backdrop of the First World War, both of them caught up with Einstein’s general theory of relativity. When Einstein fans the air for his theory of relativity, the scientific community is divided, one section hell-bent on disproving him, while the other trying to find some ground for it. British scientist, Sir Eddington is appointed as the chief astronomer for Cambridge and is instructed to study Einstein’s theory. 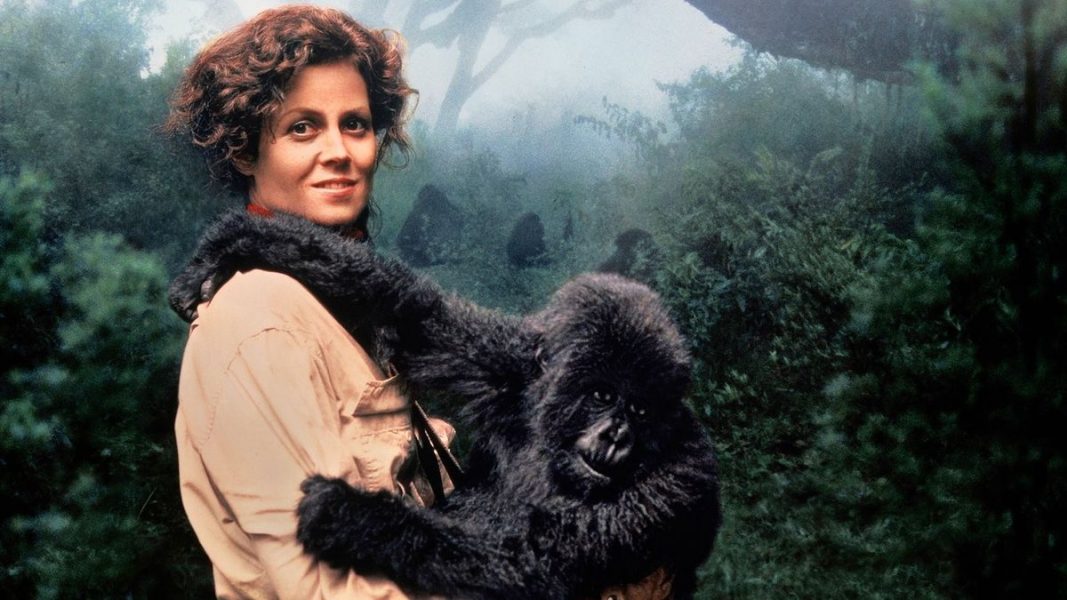 Dian Fossey was a primatologist and conservationist who is known for her contribution in the conservation of mountain gorillas in Rwanda. Starring Sigourney Weaver as Fossey, this film starts with her as an occupational therapist and how she was influenced by the works of Louis Leakey to join the world of the primates. The film chronicled her struggle with the government and the poachers to protect the mountain gorillas. It was nominated for five Academy Awards including Best Actress. 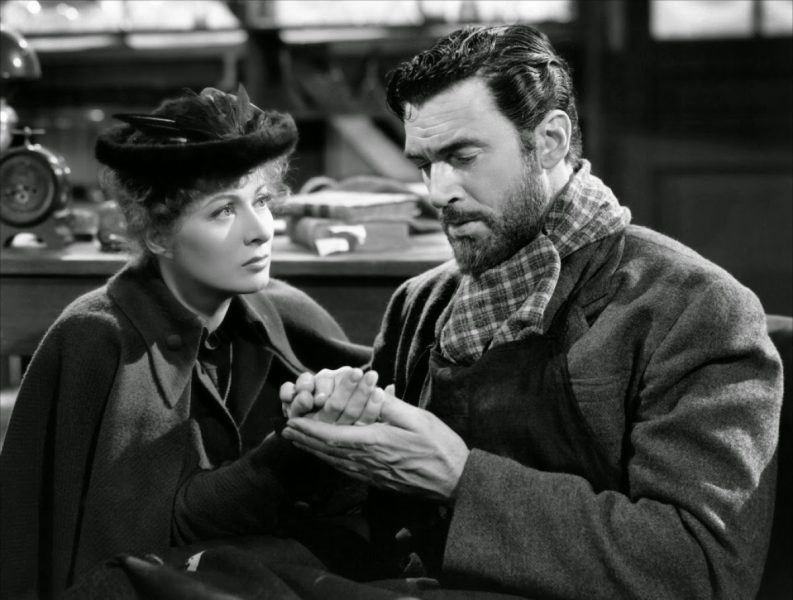 The name that needs no introduction (and if it does, you must be extremely dumb!), Madame Marie Curie has a special place in the history of scientists. It starts in the 1890s Paris where Marie Sklodowska is pursuing her studies. When she meets a shy, absentminded physicist, Pierre Curie, they take an instant liking for each other due to shared interests. Pierre invites Marie to share his lab and they work together. The film covers the events like the discovery of radium, the bestowing of Nobel on the Curies and the death of Pierre Curie. 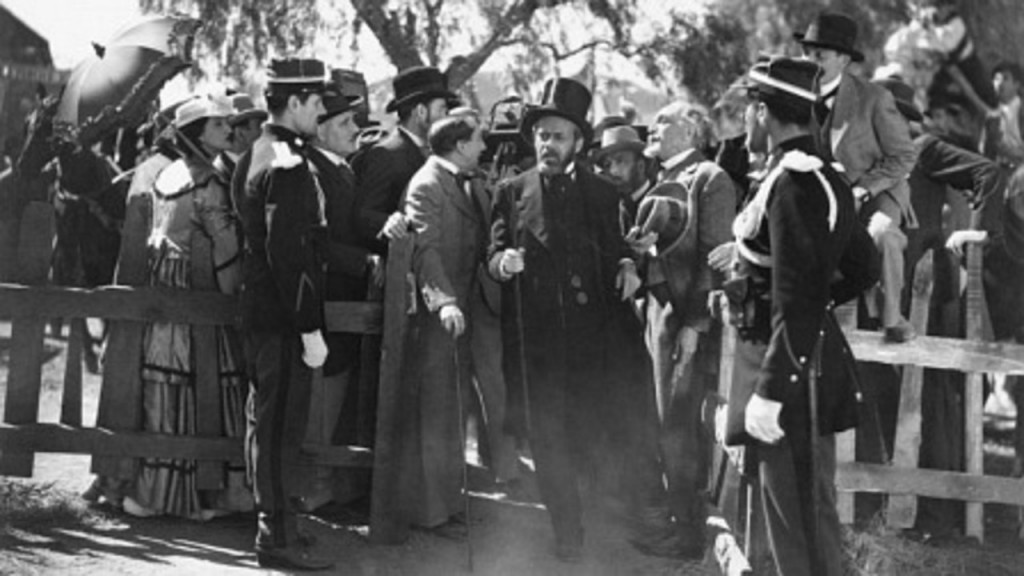 Staring its story from 1860s Paris, this film chronicles the life, achievements and contributions of the renowned biologist and the pioneer in medicine, Louis Pasteur. It shows how Pasteur struggled against the orthodox rules of the doctors, his medical counterparts and the critics to lay emphasis on the practice of hygiene by the doctors, the sterilization of the instruments and his advances in vaccination of various diseases. The film was critically acclaimed and received several Academy Award nominations including Best Picture, and winning Best Actor, Best Screenplay and Best Story. 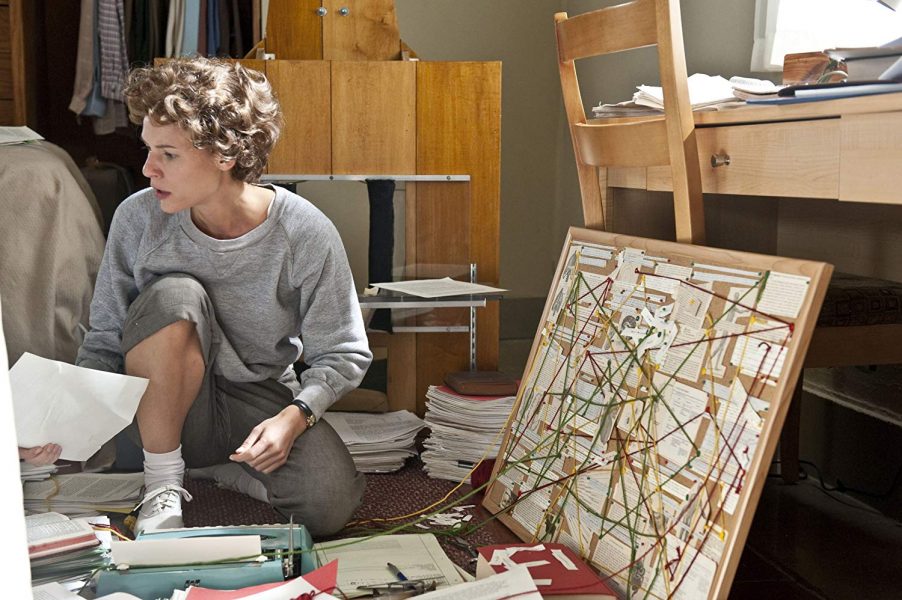 Temple Grandin was diagnosed with autism at an early age. It was the time when autism was still misconstrued to be a form of schizophrenia, and so the doctors advised Temple’s mother to institutionalise her. However, her mother decided against it and helped Temple through her childhood. Once, while visiting her uncle’s ranch, she observes the methods used to calm the cows and learning from it, uses those methods to calm herself while under stress. In college, she pursues science (psychology and animal science) and creates a benchmark through her revolutionary ideas in the field of animal husbandry. 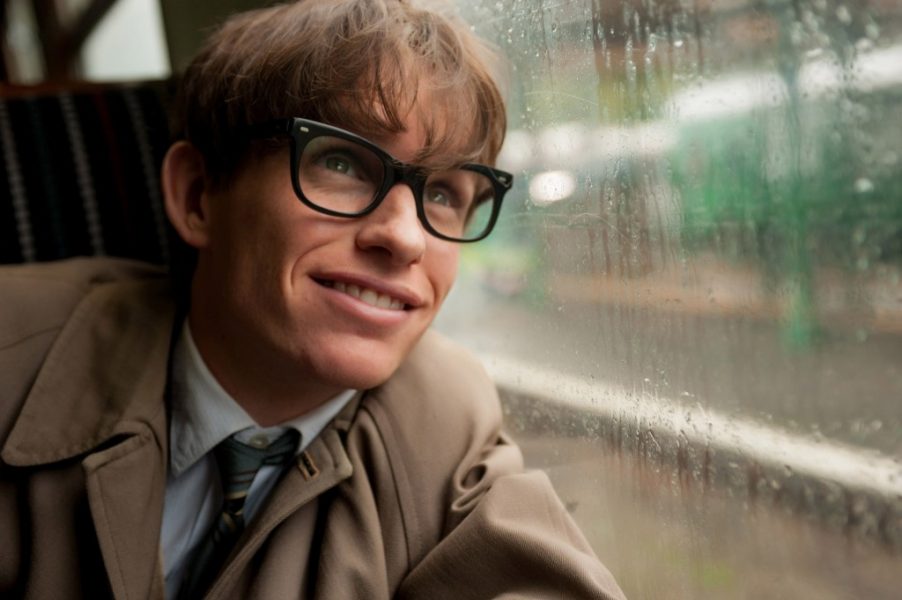 Based on the life of one of the most famous, renowned and celebrated scientists, Stephen Hawking, ‘The Theory of Everything’ draws material from the memoirs of his wife, Jane Hawking. It starts with young Stephen joining the University of Cambridge as a student of mathematics and physics. Talented and exceptional, Stephen soon proves his mettle in science and begins a relationship with Jane Wilde, a literature student. However, when he is diagnosed with motor neurone disease and is told that he has not more than two years to live, he finds comfort, love and support in Jane to find the will to live. The film was critically and commercially successful, was nominated for several Academy Awards, getting Eddie Redmayne a win for Best Actor.